Blog: The importance of country of origin labelling 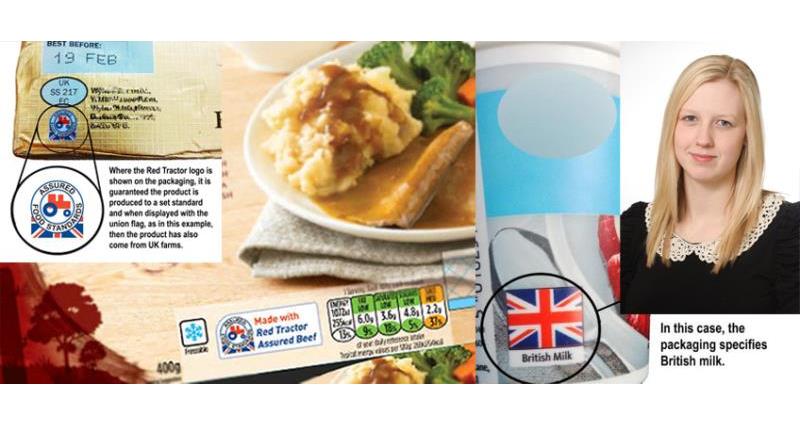 A hot topic among speakers was the two year trial in France to introduce mandatory country of origin labelling for meat and milk as an ingredient. Italy, Lithuania and Portugal have also submitted applications, which the EU Commission has not yet done anything about. The NFU has written to the Secretary of State, Andrea Leadsom, asking for the introduction of this national measure in the UK.

This view was supported by Mick Sloyan, AHDB Pork’s Strategy Director, who stressed the importance of Country of Origin labelling. A YouGov survey found that consumers rated Country of Origin as third most important behind price and quality.

Mr Sloyan told the Forum that he would like to see the introduction of mandatory labelling for meat and milk as an ingredient and he would like this extending to the Food Service sector.

He gave an example of a label for a food service bulk pack, the label said in large letters 'Wiltshire Cured Ham' with a big flag underneath it. The pack stated 'produced in the UK' and in very small letters it said 'made from EU pork'. This was sent to trading standards who said it was acceptable. The NFU would agree with Mr Sloyan's priorities for labelling that is accurate, clear, front of pack and unambiguous so consumers can make an informed choice.

Henrietta Sameke, Technical Adviser for the British Meat Processors Association, told the Forum that mandatory labelling of meat and milk as an ingredient would increase costs significantly.

There are several layers of activity that take place beneath the information on the label, from the coordination of the supply chain to the sophistication of the traceability systems. The key question should be: Are consumers willing to pay for this additional information?

A study carried out by the EU Commission found that 90% of consumers wanted country of origin labelling of meat as an ingredient, however with price increases of 10%, 60% of consumers were unwilling to pay for this additional information.

In 2010 the industry signed up to a set of voluntary principles, which commit to clear country of origin labelling.

During discussions it was highlighted that a survey carried out showed that 90% of retail products adhered to the code. Unfortunately the NFU believes that the Voluntary Principles are out of date and do not take in to account changes in legislation and current shopping habits, such as online shopping. One of the key issues is that the country of origin of products sold online is often not clearly identified and pictures of products with origin labels do not always represent what a customer may receive.

Research carried out by TNS BMRB looking in to consumer behaviour found that consumers checked product labels when there was a specific purpose, for example allergen information or when following certain diets or looking for things like sell by dates.  They also looked at labelling when purchasing a new or unfamiliar product and then the use of labelling information was low. Shopper behaviour tended to be routine and repetitive with a lot of repeat purchases. Consumers make snap decisions in the aisle and therefore require more visualisation of information.

Going forward the NFU will continue to work with the supply chain to ensure that consumers have clear and accurate labelling. With Brexit on the horizon there is no better time to call for strong national country of origin labelling.