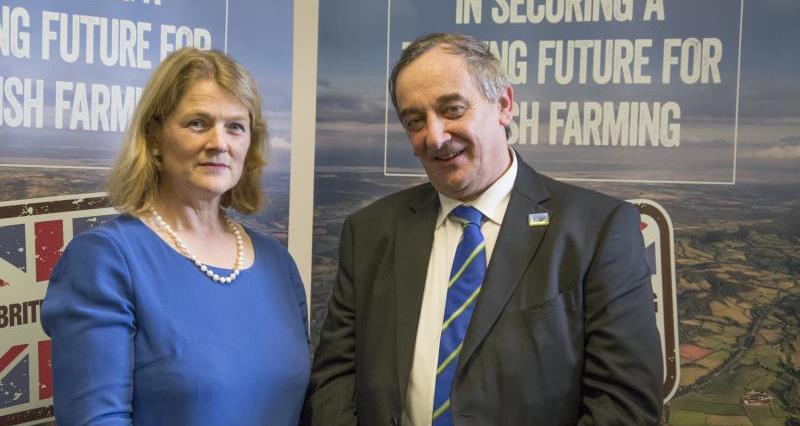 A government review into the Grocery Code Adjudicator should look at extending the role to cover more of the supply chain, the NFU said today.

This follows an announcement that the Department of Business, Energy and Industrial Strategy has agreed to launch an industry call for evidence of unfair trading practices, alongside its statutory review of the GCA role.

The adjudicator was introduced in June 2013, with a remit to enforce the Grocery Supply Code of Practice, covering just the 10 biggest UK retailers.

NFU President Meurig Raymond said: “The GCA plays an important role within the grocery sector and we must recognise the success Christine Tacon has achieved within the retailer sector during the last three years.

“The GCA’s recent survey results showed 62% of suppliers had experienced an issue with the code of practice, compared to 79% in 2014. There has also been a significant increase of written supply agreements in place over the last three years, rising by 12% since 2014.

“The NFU believes the power of the GCA’s presence has enabled this change and therefore this way of working now needs to be replicated throughout the whole supply chain.

“Sustainability, risk management and volatility management must be the food supply chain’s core principles for British farming businesses to thrive. Unfair trading practices limit these principles of success and leads to smaller parties like our British farmers, losing out.  This must stop.

“We would like to see the principles of agri-sector voluntary codes of practice, such as those in dairy and livestock, made compulsory and overseen by the GCA to give them more teeth. This will give primary producers the confidence that the supply chain is not abusing their buying power and position over that of the British farmer.

“The NFU is also calling for the ornamental sector to be brought under the GSCOP legislation and for the turnover threshold to be reduced to widen the scope of businesses regulated by the code and adjudicator.

“British farming is the bedrock of the food and drink industry – worth £108 billion - providing jobs for 3.9 million people growing the raw ingredients for UK food and drink. We need to create a supply system which is fair, transparent and has benefits for everyone in the food chain.”

Farming Minister George Eustice said: "Our food and farming industry generates over £100 billion a year for the economy and the Grocery Code Adjudicator (GCA) has been a very good step forward toward securing greater fairness in this vital industry's supply chain.

“While having a positive impact on the relationship between producers and suppliers, there has been lots of discussion about what more the GCA can do to support our farmers who are so often at the end of the chain and want more support in their negotiations with supermarkets and other companies.

"Through this consultation, all those that want to see the GCA's role extended have the chance to make their case and provide their evidence. I encourage farmers to have their say."