Setting the record straight: Fighting for farmers on antibiotic use 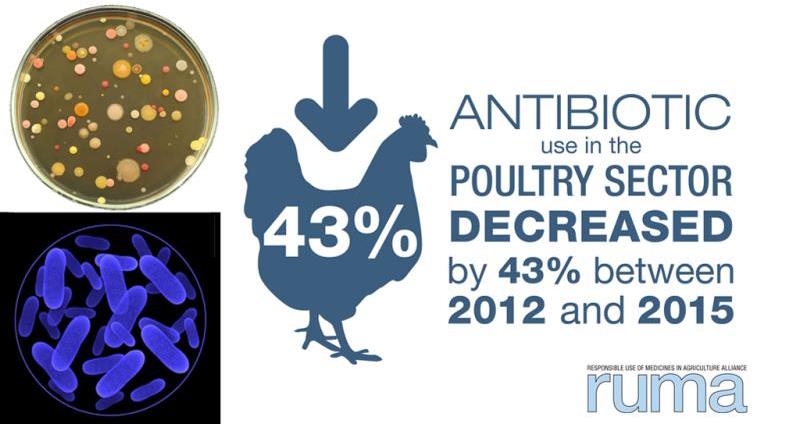 It was a busy period and tested RUMA’s new communication and membership structure.

The ongoing issue is the threat of antibiotic resistance – a phenomena which threatens all who use  antibiotic therapy, including every one of us, our pets and our food production animals, to combat ill health.

The NFU, recognising the threat, joined with a few other industry organisations 19 years ago to create the Responsible Use of Medicines in Agriculture Alliance – otherwise known as RUMA – to develop and disseminate best practice guidance to the industry on how to use antibiotics and other veterinary medicines responsibly.

Over the years the RUMA membership has grown, and we‘ve been able to add our collective voice to the increasingly frequent global conversations to varying levels of success. However, RUMA’s role and ability to influence what is becoming an increasingly sophisticated global discussion was becoming hampered by a lack of resource.

Consequently, the membership agreed to substantial changes in the ‘modus operandi’ of RUMA.  A comprehensive five-year business plan was developed which included a communications strategy, and a commitment from all members, including the NFU, to promote RUMA as the ‘go to’ source of advice, commentary and facts.

Find out how we made the case for farming below

Responding to the Daily Mail…

On Monday 21st Nov, the Daily Mail featured a story which told its readers that, ‘78 per cent of fresh chicken sold in high streets in England had E.coli’. Working with the VMD and Defra, RUMA has provided some facts and context to the story on the RUMA website. The original report’s abstract can be viewed for free from this link. The report was published in October 2016.

A critical letter was published in The Telegraph on Monday, signed by 15 senior healthcare professionals, urging environment secretary Andrea Leadsom and Jeremy Hunt, the health secretary, to, ‘introduce a nationwide ban on the routine preventative mass-medication of animals' and to curb farm use of the critically important antibiotics. This letter then provided the basis for an article which was disappointing in its use of ill-informed rhetoric and lack of accurate facts. RUMA responded by sending a reply letter to the Telegraph, issuing a statement to the wider media and by writing to the Secretary of State, the Chief Veterinary Officer and the VMD with corrective comments and information. Gwyn Jones, chairman of RUMA, was interviewed by the journalist and a key point briefing was prepared. This has culminated in a positive reaction from the journalist, who is now keen to work further with RUMA on more articles and factual pieces about how we use antibiotics responsibly in the UK farming and food sector. The group of medics will also be contacted by RUMA with an offer of further dialogue to help demonstrate the efforts that the industry is going to, to use antibiotics only as much as necessary, and in a responsible manner.

A frankly appalling video has been promoted by the Wellcome Trust over social media. RUMA has drafted a robust critique of it which has been sent to the Wellcome Trust, who are currently reviewing it. We would like to see corrections made and the facts acknowledged.

RUMA has taken a lead from the NFU’s public facing ‘TB Free England’ website and has developed an information and fact-based website where members of the public and media can go to find genuine factual information about how antibiotics are used in farming and antibiotic resistance. The new website, www.farmantibiotics.org, has already received strong endorsement from the Chief Veterinary Officer, the Veterinary Medicines Directorate and high profile members of the medical and pharmaceutical community.

Farmers Weekely has been given three new ‘advice booklets’ by the Association to Save our Antibiotics (ASOA) for an exclusive article, one each for pigs, poultry and dairy. They provide ASOA’s recommendations for the farming sectors on what they should be doing to reduce antibiotic use and the targets they should be setting. RUMA had been in contact with Farmers Weekly to provide some factual context to the article to ensure that a balanced view can be attached to what could be a more partisan piece.

Helping the BBC Countryfile Magazine get the right facts

A briefing about antibiotics has been provided this week to the magazine editor with the help of the new www.farmantibiotics.org website.

RUMA has joined the Twittersphere

RUMA’s Twitter account is up and running @RUMA_UK (search @RUMA_UK) - please follow RUMA and help to spread our efforts to support responsible use of antibiotics throughout the farming and food chain. Please also keep an eye on the @DefraGovUK account as Defra are tweeting lots of great infographics about residue control, prescribing practices etc.

RUMA has issued a press release to the farming media but is also working to support RUMA members in talking to their stakeholders and external contacts about the report conclusions. NFU members can read our VARSS Report briefing here. You can read the full report here. 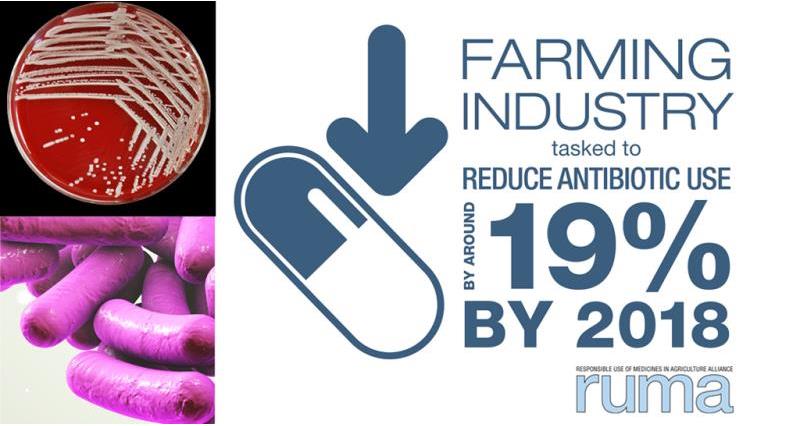