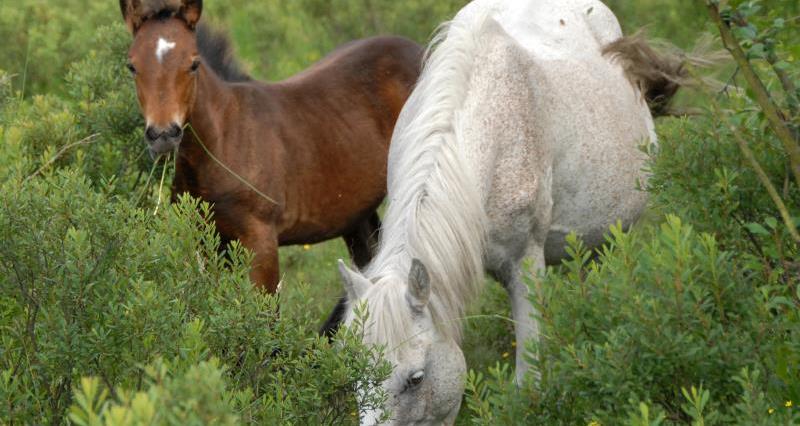 Both meetings were attended by the RPA’s BPS operations director Paul Caldwell, along with other senior RPA staff. The main topic of discussion at both these meetings was the outstanding payments for 2015 BPS and the reasons behind this.

Mr Caldwell gave his assurances that these outstanding issues were being worked on and commoners with incorrect 2015 payments were likely to see a top up for their 2015 BPS monies around the same time as they receive their 2016 BPS payment.

As previously mentioned in Anna’s blog here, the route of most commons issues lies with the mapping and the problems RPA has encountered getting correct maps showing the eligible and ineligible areas. This mainly came to light after NFU pushed for the 2015 commons data to be published on Gov.uk, highlighting the inaccuracies.

We’re also working with colleagues in the New Forest, to assist graziers to examine the RPA’s mapping of the New Forest, to understand why the eligible area has reduced substantially. The agency used aerial/satellite images to map common land in 2015, which as we’ve seen in the past isn’t perfect at identifying all land covers. What might look like scrub from above, is actually a valuable winter feed source to New Forest ponies.

Bridging payments: We are pushing ministers to agree to make bridging payments to anyone not going to be paid in December. The RPA sayse they will get 90% of BPS payments out in December and this will include a number of commons payments. But inevitably there will be some commoners waiting until 2017 for their payment. The next couple of months will be critical for the performance of BPS 2016. Bridging payments would help in the short term  to get cash out into the bank at a certain time.

We can’t have another year of commoners or other BPS claimants waiting months for their payment, with no idea when or if it might arrive. Certainty of the payment and communication around this is key to NFU.

EFRA Committee 21 November: Mark Grimshaw and Paul Caldwell were called to answer questions from MPs on BPS, disallowance and Brexit. The issue of commons was raised and Mr Grimshaw made reference to the meetings that the NFU has been involved with and said there was a project ongoing to look at commons payment issues, digitalising issues on mapping are all being looked into.

MPs noted it was a shame that RPA had only just got to this point now and were only now addressing commons issues and concerns. The NFU supports the committee in its work and is pleased that the committee continues to scrutinise the performance of the RPA and issues it has concerns about. Going forwards, we’re looking for progress against the commitments made and also more contact with RPA on commons issues. Read more about the EFRA Committee meeting here.