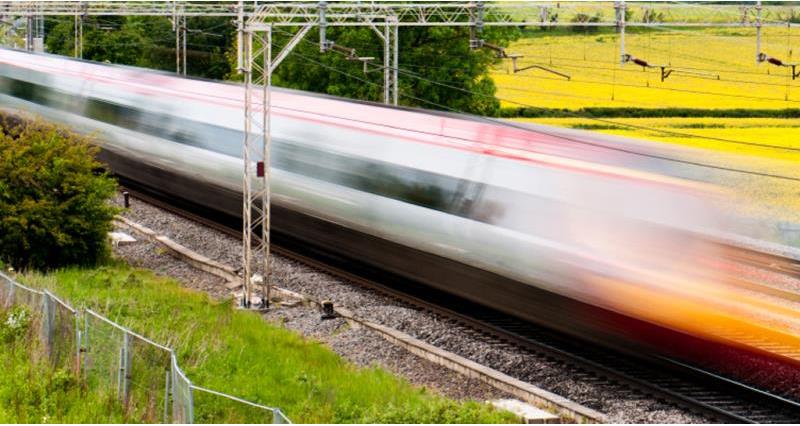 A report by the House of Lords Select Committee on the High Speed Rail Bill (London-West Midlands) has made the recommendation. It states “in our opinion it is not sound law-making to create wide powers permitting the expropriation of private property on the strength of ministerial statements, not embodied in statute, that the powers would be used only as a last resort.”

From the start of petitioning the NFU had stated that these powers were unnecessary and that the Secretary of State should not be able to acquire land outside the Bill limits for development purposes.

The Committee also highlighted a point the NFU made during evidence sessions in both the Lords and House of Commons that there may be a serious shortage of land available as numerous farmers will be seeking to find land in the same area.

“The report also picked up on how the NFU highlighted the need for interest on late payments and that this has been met by section 196 of the Housing and Planning Act 2016 and that the interest is likely to be eight per cent. But this is only on advance payments and it is disappointing that the Committee did not pick up on that interest needs to be payable on final payments.

See also: HS2 - the NFU will fight for members

“The Committee has realised and highlighted how important accommodation works are to the farmers and emphasised how HS2 has said that it is important that farmers requirements are clearly identified and agreed in advance of the construction phase. The NFU is concerned that for this to be achieved HS2 must hold more one to one meetings with affected farmers on the route and start negotiating in detail.

“The NFU is disappointed that the Committee has only stated in regard to planning matters for replacement buildings and the removal of hedgerows that they urge local planning authorities to deal with these matters promptly and sympathetically. We wanted to see a much stronger steer on this.”

The Committee has picked up on how Capital Gains Tax could be an issue as it will be chargeable on the gain from the sale or disposal and how HMRC may as a matter of administrative concession allow a longer period than three years to roll over if they think it is necessary. This has always been our request that HMRC should guarantee this longer period to rollover so it is disappointing that the Committee have not requested this.

The NFU is concerned that the Committee has highlighted that any CGT payable would be allowed as an element of the compensation payable and has further stated this for IHT.  While we are pleased that HS2 has again confirmed that these tax liabilities may form part of compensation, the problem here is that landowners will first have to demonstrate they have taken all reasonable steps to mitigate the liability.