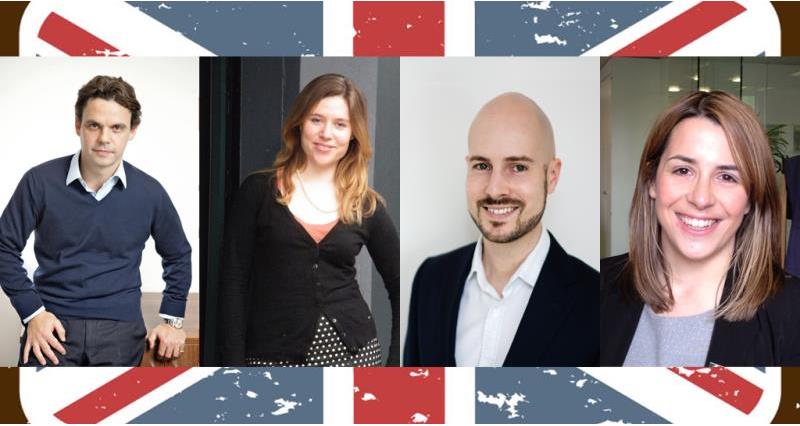 Shortly after the referendum result, the NFU announced the creation of a new Brexit department to represent farming’s concerns in the new government departments focused on the EU-withdrawal negotiations.

The NFU has also re-shaped its London operations and announced new roles heading up the organisation’s External Affairs function, which will include government affairs and parliamentary lobbying.

Nick von Westenholz has been appointed to the role as NFU director of EU exit and international trade. He rejoins the NFU following a spell as chief executive at the Crop Protection Association.

Olivia Seccombe joins the NFU as head of external affairs, having previously held the same title at Dairy Crest.

Mr von Westenholz, a former head of government affairs at the NFU, said: “I am delighted to return to the NFU, which has been at the forefront of ensuring that farming and agriculture is seen as a priority industry by government in its Brexit negotiations.

“There are considerable challenges facing farming but agriculture has a good story to tell with strong public support.  With the triggering of article 50 due in the next couple of months it is absolutely vital that farming’s voice continues to be heard to ensure the sector has a productive, competitive and resilient future outside the EU.

“This means securing the best possible trade deals with the EU and beyond, continued access to a competent and reliable workforce, and a domestic agricultural policy that ensures farming can achieve its true potential. We will continue to make it very clear to the government that their approach must not place the industry at a competitive disadvantage compared with other countries in the EU and the rest of the world.

“I am looking forward to working with NFU members to ensure that all government departments understand that a successful Brexit is one that has worked for all industries including British farming.”

Miss Seccombe has also worked in the offices of several MPs, including Theresa May.

She will lead the NFU’s new London-based external affairs team, promoting the interests of farmers within government, parliament and with other key stakeholders.

She said: "The NFU is the voice of British food and farming and is a highly respected organisation in national politics.  This is a critically important time for farming with the future repatriation of agricultural policy to Westminster and it is absolutely vital that the NFU has broad cross-party as well as government support for the importance of the farming industry.

“In addition to Brexit there are still issues right now that are of immediate concern to farmers – whether it’s rural crime, BPS payments, GSCOP or TB eradication - which continue to be a high priority for the NFU and where government support is vital.

"The external affairs team will build on the momentum already created by the NFU to build alliances making sure farming’s strategic importance to the country is recognized in Westminster and that politicians of all parties Back British Farming.”

Olivia’s team will include two External Affairs Managers, Rocky Lorusso and Fay Jones, who will commence work on the 1 and 6 February respectively. Rocky joins from EEF, the manufacturers' organisation, as head of government affairs. Fay currently works as European parliamentary and communications adviser for the UK farming unions in Brussels and joined the NFU in 2013.