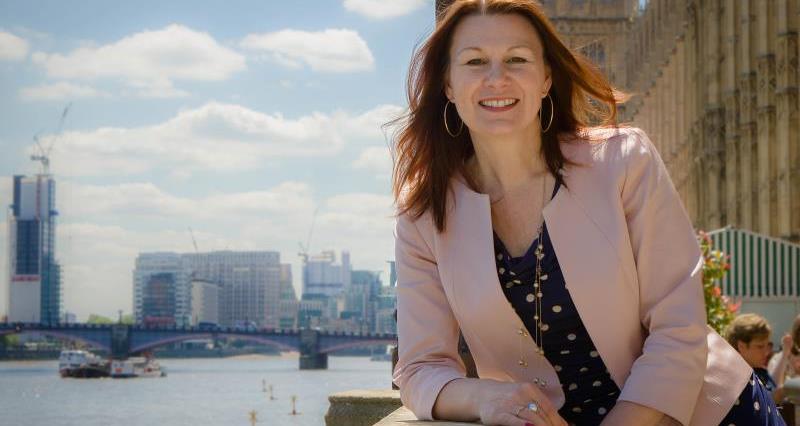 The NFU President said: “Ms Hayman has only been in post for just a month, so we were keen to meet with her to explain some of the most pressing issues facing our members.

“Our meeting focused on the NFU’s work and our calls on the government to prepare for Brexit, the development of a new domestic agricultural policy and the details of our newly-launched Flooding Manifesto.

“I was able to stress the importance of the NFU and the farming industry working closely with Defra to achieve the best possible access to markets both in Europe and how important it is that we help to shape a new domestic agricultural policy which is adapted to the needs of our farmers and food production which delivers public goods.

“With her responsibility for agricultural policy, it is vital that Ms Hayman not only appreciates but fully understands the consequences of a fair deal and outcome for British farmers post-Brexit, so we are working with politicians of all parties to ensure that this happens.

“We thanked her for her support during the serious flooding in her constituency in Cumbria, and talked about how we can work with the opposition to get government action around the key asks in our Flooding Manifesto.

“Some of our most productive and highest value agricultural land lies in floodplains or coastal regions, vulnerable to flooding, and deserves to be protected. So we are pressing the government and its agencies to develop long-term strategic plans to mitigate future flood risk.

“This meeting is part on an ongoing strategy of minister briefings, which builds on the relationships the NFU has with MPs and keeps farming at the top of the political and policy maker’s agenda.

“We concluded our discussion with Ms Hayman with an offer to set up a visit to an arable farm for her and the shadow team, so they can see first-hand the problems our members face day in day out.”

Workington MP Sue Hayman was appointed the new Shadow Defra Secretary in February. She has also held the posts of Shadow Minister (Environment, Food and Rural Affairs) and Opposition Whip in her 12 years as an MP.  She is also a Cumbrian county councillor and community relations consultant.