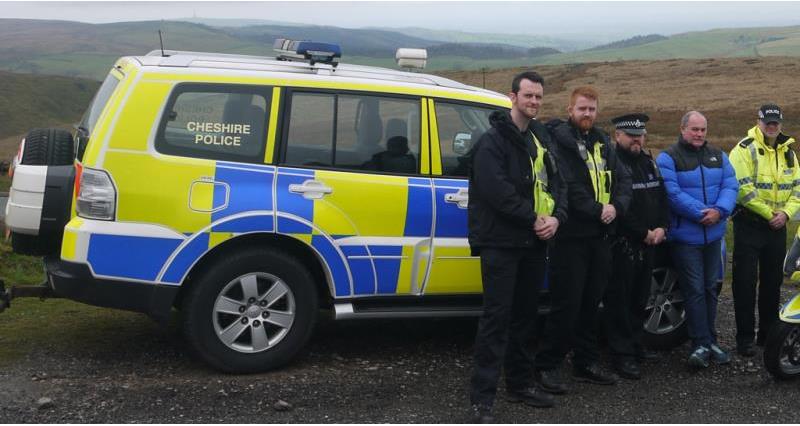 Three forces across the north have joined together to help find better ways to target those that commit rural crime in the countryside.

Crimes including poaching, theft of plants, tools and vehicles such as quad bikes and Land Rover Defenders were discussed as well as how to reduce badger baiting and environmental damage offences.

Officers from all three counties are already running an operation to tackle poaching alongside gamekeepers and representatives from The Peak District National Park and Ranger services to remove or soften the crossed borders.

PC Garry Charnock, a specially trained Wildlife and Rural Crime Officer with Cheshire Constabulary, said: “We understand that when a crime occurs in a rural setting, say theft of farm machinery, that there is a huge impact on those affected. How do they do their job to pay the bills?

“It is clear that when livestock is stolen, it has not always been given the attention it deserves and we are working hard to change this.”

Throughout March, officers from Cheshire Constabulary ran an operation to help prevent and detect the theft of lambs and plant machinery. Staffordshire and Derbyshire forces also ran similar operations, which officers discussed together.

PC Bowler said: “We have been established to provide support and reassurance to our rural community. We are striving to work hard to identify and combat rural criminals and will work closely with our partner agencies to achieve this.”

All three constabularies are committed to working with and supporting those who live and work in the countryside. The teams have access to a variety of vehicles and equipment to help police such a challenging environment, including specialist off road vehicles and night vison equipment.

The meeting provided officers with the opportunity to put faces to names of those they haven’t yet worked with in person, and to help ensure that they continue to work closely together. During the meeting a suspicious vehicle that was of interest to Cheshire officers was mentioned, and Staffordshire officers were able to quickly tell them who it belonged to.

Sergeant Rob Peacock, from Staffordshire Moorlands Neighbourhood Action Team, said: “We wish to send out a clear message that we will not tolerate offenders targeting our rural communities under the belief that travelling between force areas makes them untraceable or safe from being identified and convicted.

“We have had several successful convictions over recent weeks with some offenders travelling from as far as North Yorkshire and Leicestershire.”

Working together provides an opportunity for officers to share intelligence on criminals and as a result they are able to piece bits of the jigsaw together to identify suspects and disrupt patterns of crime.

Sergeant Rob Simpson, of Cheshire Constabulary, added: “All three counties are blessed with beautiful scenery that draws visitors from across the country but unfortunately there are some who take advantage and commit offences.

“As we continue to move forward, we want to reassure our rural communities that we are all committed to delivering a high standard of policing for them.”

:: See the work carried out by officers tackling rural crime on Twitter by following @CheshPolRural @PoliceMacc.