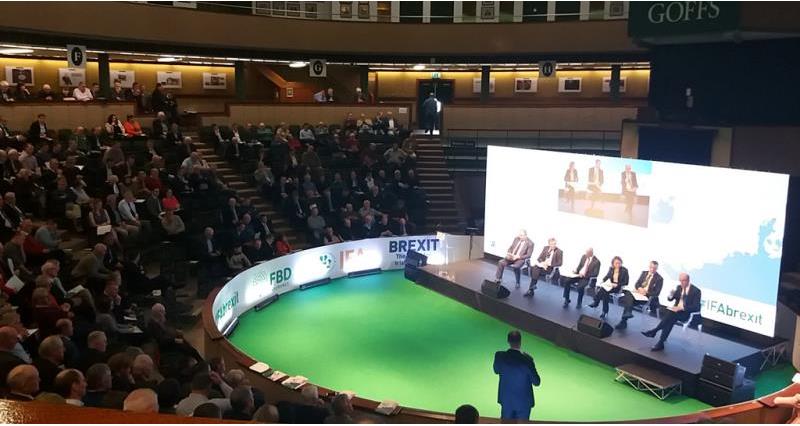 Phil Hogan made the comments while outlining the difficulties that lay ahead for the livestock sector when Brexit negotiations begin after the General Election in June.

Speaking at the IFA’s Brexit Conference in Dublin this week, Commissioner Hogan described negotiations as one of the “most complex economic social challenges facing Ireland and the UK”.

Mr Sercombe, who attended the conference with NFU chief livestock adviser John Royle, said: “It was a very political speech delivered to a receptive audience and Hogan certainly made an impression.

“We are pleased that he mentioned his ambition to see a tariff-free transition period on any trade deals – this will be welcome news to farmers and growers concerned about the impact of a 'hard' Brexit.

“We were also re-assured that our animal welfare standards will put us in a good place when it comes to maintaining trade with existing EU markets. However we should be vigilant in ensuring that the UK is not undermined by cheap imports from countries that do not meet the high welfare and food safety standards expected of the industry, and demanded by shoppers.”

Commissioner Hogan discussed various other issues as part of his speech, including food quality and safety, farm to fork traceability, the impacts of Brexit on other member states such as Netherlands, Denmark and France, and the CAP budget.

He was joined at the conference by IFA President Jon Healy.