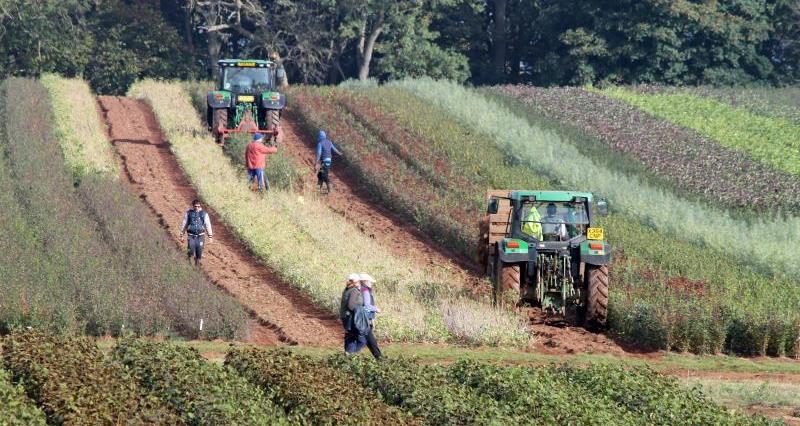 A new Seasonal Agricultural Labour Scheme and a system of work permits are two of the options for UK agriculture and horticulture, identified by the farming organisation’s latest Vision for the Future of Farming report on labour.

To cope with the industry’s seasonal labour requirements, a potential new scheme should be open to workers from any countries with return arrangements in place with the UK. It could be administered by the Home Office and managed by licensed employers, with a restriction of nine months per placement.

Many permanent agricultural workers of varying skill levels are currently EU nationals. The report highlights the importance of clarity, as a matter of priority, on the status of EU nationals living and working in the UK. And a future immigration system must recognise and provide for the ongoing need for non-UK workers both before and after Brexit.

NFU President Meurig Raymond said: “It is crucial that the government makes sure that a future immigration system accommodates the labour requirements of the food and farming sectors.

“We urgently need a flexible, reliable and competent workforce to ensure British food and farming can flourish post-Brexit.

“Any schemes must reflect the needs of the UK farming industry - the bedrock of the UK's food and drink industry worth £112 billion to the economy and providing jobs for 3.8 million people.”

NFU director of EU exit, Nick von Westenholz, the author of the reports, said: “The NFU believes there are a number of issues that should be tackled with immediacy.

“The government must provide clarity on the status EU nationals working in the UK as well as setting out its preferred approach to a new immigration system.

“We’ve also been urging the Home Office to instruct the Migration Advisory Committee (MAC) to undertake a full impact assessment of new immigration system options and their suitability for agriculture and horticulture. We’re pleased to see that the government has recently confirmed the MAC will be doing just that.”