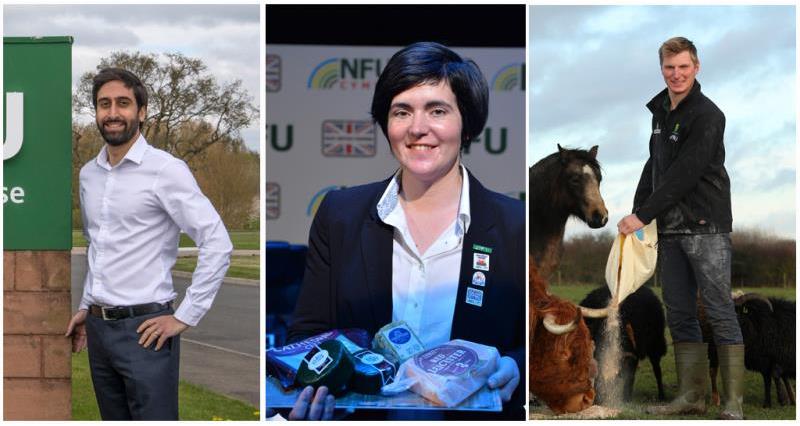 They topped strong competition for the award after the magazine launched a nationwide search to find the most talented and inspiring people working in the food and farming supply chain aged between 18 and 35.

Four judges whittled the hundreds of entries down to a shortlist, who were invited to complete a questionnaire which demonstrated their achievements and aspirations for the future.

“Rohit took a huge risk in abandoning a successful career in banking, but is using the experience he gained in that sector to help shape future farming policy. Determined, tenacious and passionate about his new career, Rohit is playing a critical role in the NFU’s work to develop a domestic agriculture policy – in particular through his work on mechanisms to help farmers cope with price volatility. Banking’s loss has been agriculture’s gain.”

Glamorgan-based Abi Reader has had two invitations to Downing Street already, after being crowned NFU Cymru Wales Woman Farmer of the Year 2016. She is a great advocate for the industry and determined to make a difference, whether through social media, taking part in Open Farm Sunday or through “Cows on Tour”, a roadshow visiting school, shows and events to “tell the farming story”.

The judges said: “Abi is a  passionate communicator who is making a real difference by engaging with politicians, policymakers and the public, while at the same time managing a successful dairy business.”

Dairy farmer and NFU member Edward Towers was also among the 13 leading lights.