Blog: Copy and pasting control - is the UK's trading future in its own hands? 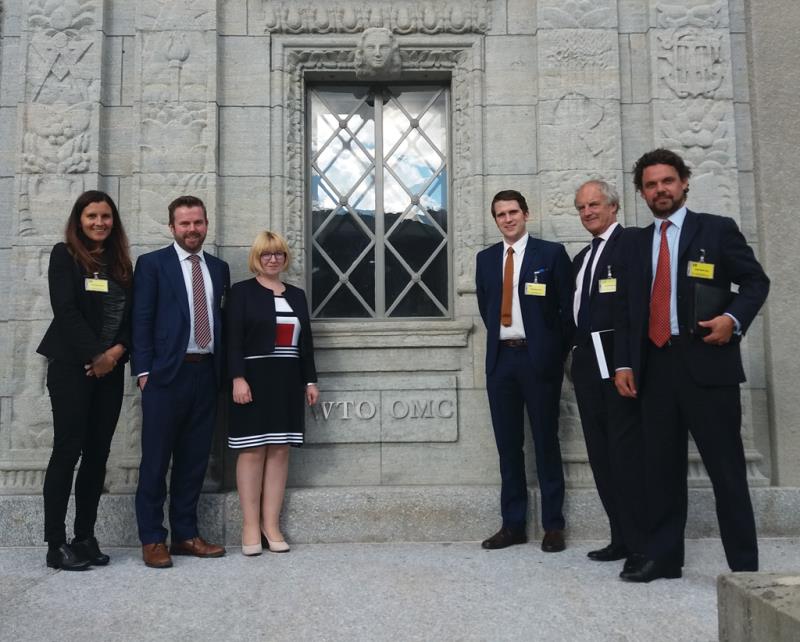 The UK government seems to have a real penchant for “copy and pasting” at the minute. To move beyond EU law at home we firstly have to copy it across and it seems the same is true in order for us to take a new place on the global trade stage. The NFU Brexit team got to the heart of this over a series of highly valuable meetings with a number of country representations and the World Trade Organisation (WTO) in Geneva.Currently the rules of how other countries trade with the UK are set at the EU level and apply equally to all members. Known as schedules, these rules include import tariffs and Tariff Rate Quotas (TRQs) that let in certain quantities of products at special rates – think New Zealand lamb. The schedules also describe the nature of domestic farm support the EU provides to farmers and how much of this is permitted to be trade distorting. So, in order to keep our current trade flows as smooth as possible after the UK leaves the EU, the UK is aiming to simply copy and paste the EU’s schedules so everything effectively stays the same.

But as ever, things are never that straightforward…

At our first meeting with WTO representatives the key issues were laid out and went into some depth on rules and the process the UK intends to follow. They were very clear that, as this situation is unprecedented, nothing is impossible, but equally clear that many of the other 163 WTO members would want their say. This was borne out as completely true when we met representatives from Brazil, the USA, New Zealand and Australia. While they all showed great interest in the UK’s plans for a new domestic support structure, they had stronger views on transferring the TRQs. They would be examining every detail to ensure that their trade with both the UK and EU was not damaged.

It was most reassuring then that when we met the EU and UK representatives, both were individually under no illusions about what they were trying to achieve. We had experienced it ourselves, so the comment that trade negotiators in Geneva are “genetically modified” to seek any advantage rang very true. Nevertheless, both were determined that a smooth transition was possible. The EU made it clear the depth of the work going on with regard to managing the TRQs with the UK, and the UK mission has already discussed the issues and its approach with every WTO member at least once.

One important takeaway from all the meetings was that the WTO is a pragmatic organisation and debate and discussion can get you everywhere. So, if the UK is aiming to “take back control” of trade policy it certainly can do. But quite how it does it and what it ends up with is not solely in its hands. The NFU will therefore be keeping in close contact with key players in Geneva to make sure promises made by government are grounded in reality and they are properly held to account.