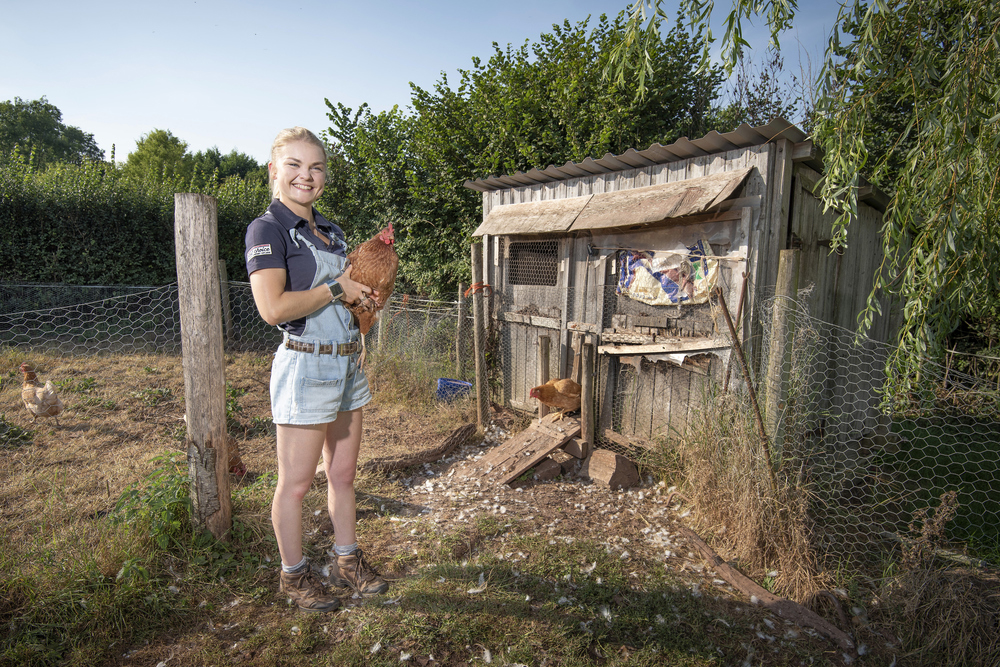 As the farming industry focuses on mental health during #MindYourHead week, NFU Student & Young Farmer Ambassador Zoe Legg discusses her own experience with mental illness and the need to open up the conversation to all farming generations.

Mental health is an issue that spans across the country; across communities, across industries and across people of all ages, backgrounds and walks of life. And it spans across farming.

According to a Farm Safety Foundation (aka Yellow Wellies) survey of 450 farmers, 88% of farmers under 40 believe mental health to be the most pressing issue facing the industry. While there is a growing recognition of the importance of mental wellbeing within farming, it remains an unwelcome subject for many people – for some it’s a conscious avoidance and for others it’s just not a consideration.

Take my father as an example. He was your generic, hard-working farmer of 60 something years who had never experienced any form of mental health issues. That was, until his child (me) fell prey to the now widely recognised diseases of mental health and eating disorders. Suddenly, he was completely alienated, unable to comprehend or relate, despite all his best efforts, with how I was feeling.

My father just couldn’t wrap his head around the fact that, despite coming from an immensely happy family, for me life wasn’t worth living. To him, life was life and you made the best of it.

My struggles with mental health opened up a whole new world to him, but that world, during my recovery process, actually helped him. I know that opening up and talking saved my life, but it was hard to take that initial step, and in many ways my dad found it just as difficult. His generation had been taught to always answer the question ‘how are you’ with ‘fine thanks’, and he had to overcome that.

The average age of a farmer in Britain is 59. While these farmers of my father’s era are often rather affectionately called a ‘rare breed’ of workers (they do possess an impressive level of sheer determination and resilience), they still face the same levels of stress and anxiety as anyone else. Yet many don’t feel they are able to have open and frank conversations about it, something which the coronavirus pandemic has only exacerbated. Even just catching up with a friend or family member is now much more difficult. The loss of the local chat at the pub, the weekly market social or the agricultural show down the road were all ways we farmers interacted, relaxed and had fun, which helps boost our mental wellbeing whether we realised it or not.

Across the UK population, depression alone affects 22% of males and 28% of females aged over 65, yet roughly 85% of sufferers do not seek any form of help. Now I have been there – it’s difficult to recognise that there is a problem and even more difficult to admit it to someone else. But one in four people in England experience some form of mental health struggle every year, and that’s not even taking into account those who are struggling to support someone else through mental illness.

Over the past few years the communication around mental health and wellbeing has improved a lot. The work of charities like Yellow Wellies, who are behind this week’s #MindYourHead campaign, as well as FCN, RABI, YANA and the Fit 2 Farm campaign have helped drive discussion and rally the farming community to think more positively about mental health. But we can still do more.

Farming mental health discussion groups are another way that we can get conversation flowing, because even a farmer can’t say no to a good brew and a chocolate digestive – although of course this is another thing the pandemic has halted. It’s great to discuss mental health online but we need to be mindful not to leave people out of these conversations, and there are many farmers who don’t frequent social media or discussion platforms for a variety of reasons.

I also believe that the next generation of farmers has a duty to support those who have done so much in paving the way for us in British agriculture. We have a duty to open up the conversation to our friends, parents, grandparents and we have a duty to chip away at the barriers that previous stigma has built – until a time when farmers talk about mental health and wellbeing as openly and easily as we do the weather.