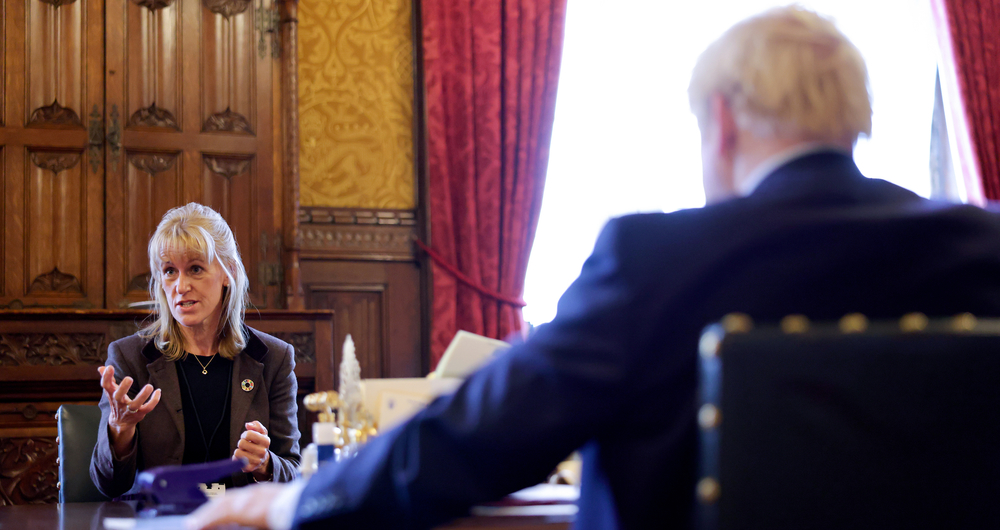 UK farmers and growers are proud of their high standards of production – whether in terms of food safety, environmental protection, or animal welfare. As the UK sought to leave the EU, the NFU recognised the challenges it could pose for farming and its mission to safeguard food standards gathered pace, writes NFU campaigns expert Stuart Donaldson.

The NFU was clear that in future trade deals, UK farmers should not be put at an unfair disadvantage through the imposition of extra costs, both direct and indirect, that are not shared by overseas competitors exporting food to the UK.

We also wanted to champion the views of UK consumers, who demonstrated a clear desire that food imports adhere to the same high standards as UK producers.To this end, the NFU argued that the relevant legislation contains provisions to ensure food imported into the UK is produced to at least equivalent standards as those required of our own farmers.

The NFU also proposed the creation of a Trade and Agriculture Commission to ensure British farmers’ high standards of environmental protection and animal welfare are not undermined by imported food that would be illegal to produce in the UK. 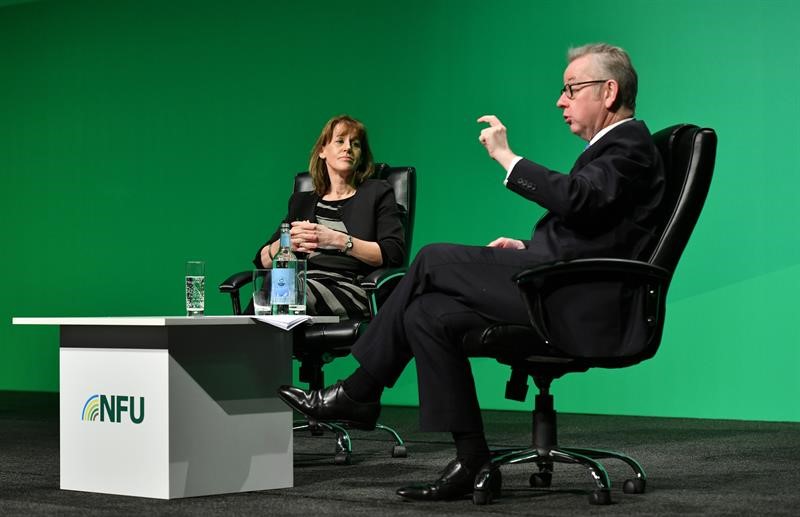 Sitting opposite NFU President Minette Batters on stage at the ICC in Birmingham at the NFU’s annual conference in 2019, former Defra Secretary of State Michael Gove agreed to the NFU’s asks in principle in front of an audience of more than 1,000 farmers.

From then to now, the NFU has been constant in its lobbying and campaigning, uniting organisations, farmers, celebrities, food lovers and more than one-million voices along the way.

Where have we been in the media?

The NFU and its members have appeared extensively in print and broadcast media to make the case for food standards to be enshrined in law ahead of any future trade deals. A comprehensive overview of appearances and mentions can be found here.

In June 2020 alone, we secured over 500 pieces of coverage relating to our standards campaign, making sure British food, and farming was a priority news item every day. 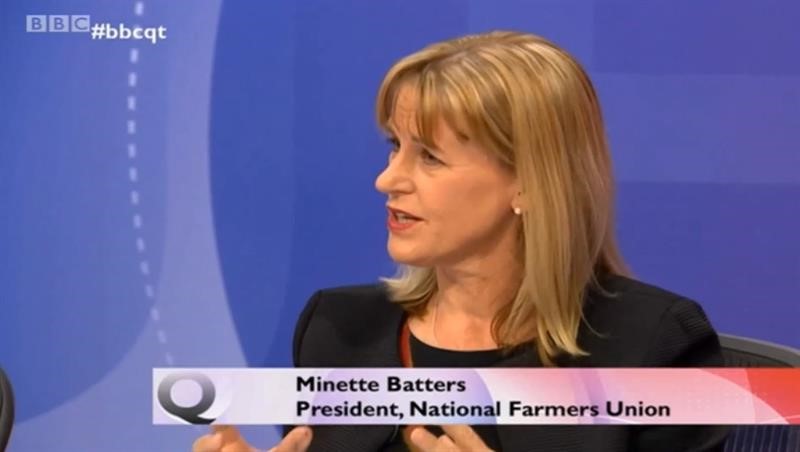 And NFU President Minette Batters continues to frequently appear in the media, putting forward the argument that underpins our campaign. This includes regular television and radio contributions as well as taking part in BBC’s Question Time and appearing in Channel 4’s Dispatches.

Minette also appeared in the Mail on Sunday’s extensive coverage of the issue. The paper got behind the campaign in a big way, promoting the issue of British farming standards for over 20 consecutive weeks since the end of May.

This made sure that British farming’s voice was front and centre in one of the most influential national newspapers.

Where have we been on social media?

The NFU uses social media to target new audiences with our messages about food standards. Following detailed audience research, we were able to use specialist software to target groups of people and galvanise them behind one clear ‘Back British farming’ message.

On Back British Farming Day (see more under ‘politicians’), we focused on a core message that the high standards of British farmers must not be undermined in future trade deals.

The #BackBritishFarming hashtag trended at number five in the UK during the first PMQs of the autumn with our messages being seen more than 2.4 million times on Twitter.

Who have we teamed up with?

Led by the NFU, over 60 farming, environmental, animal welfare and public health organisations, including WWF, Which, Wildlife Trusts, the RSPCA wrote to Prime Minister Boris Johnson.

The letter urged him to stand by his party’s manifesto commitment not to compromise on our high environmental protection, animal welfare and food standards.

Encouraged by the NFU’s success on the issue, several supermarket chains have also committed to not selling imported food that would be illegal to produce in the UK strengthening the NFU’s campaign.

How have the public got involved?

The NFU launched a petition to demonstrate to decision makers the strength of feeling around food production standards. Over one million people backed the NFU’s campaign petition. 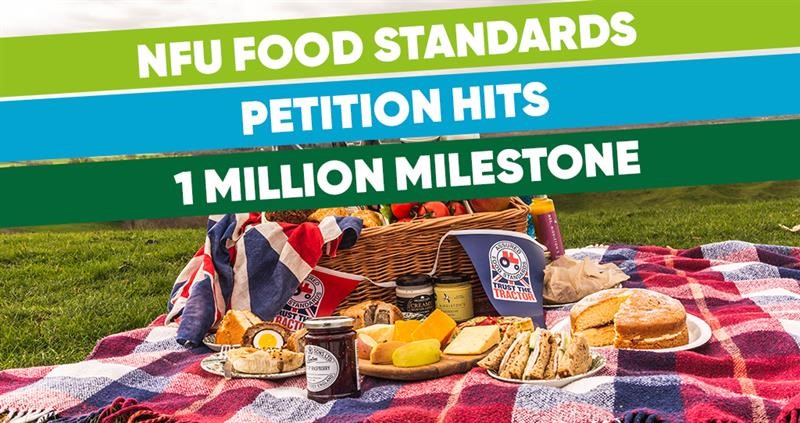 The petition called for the government to ensure all food eaten in the UK produced in a way that matches the high standards of production expected of British farmers. A further 500,000 of those who put their name to the petition also signed up to be Back British Farming supporters, demonstrating the huge level of public support for our farmers.

Our Facebook advertising campaign generated 30,000 petition signatures and 20,000 new Back British Farming supporters. The petition was supported by several celebrities and high-profile people including Jamie Oliver. Jamie ran his own campaign on the issue and the NFU worked with him to understand the issue and what was needed to safeguard food standards.

He promoted the NFU’s petition across his social media as well as in the national press, further raising the profile. The campaign was also supported by professional association for chefs and restauranteurs, the Royal Academy of Culinary Arts. They actively encouraged their members to publicly get behind the campaign, particularly on social media helping the NFU extend the influence of the campaign.

What about the politicians?

Using the latest campaigning technology, the NFU helped 80,000 of our supporters email their MP calling for the creation of a commission to advise the government on post-Brexit agriculture trade policy. 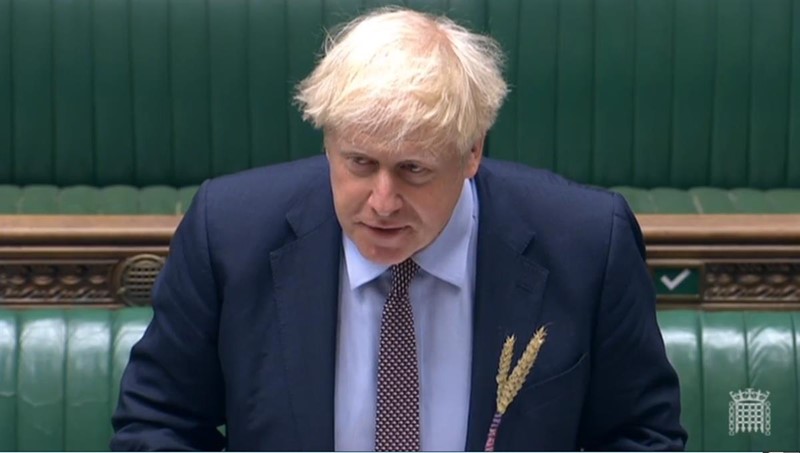 This was one of the biggest ever public lobbies of MPs. The NFU initiative 'Back British Farming Day' saw politicians from across the political spectrum including the Prime Minister and Leader of the Labour Party wear our iconic wheatsheaf pin badge and demonstrate their support for farming.

The NFU also helped members set up farm visits for their MP to press home the message at every opportunity. 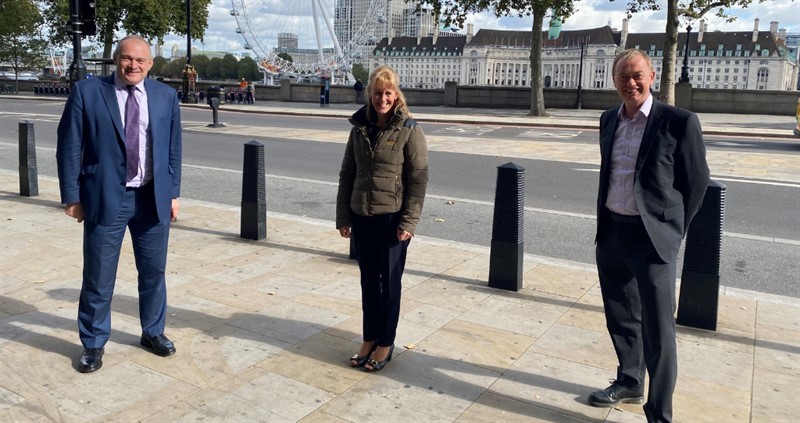 The President also met with the leader of the Lib Dems, Ed Davey and welcomed Labour Leader, Sir Keir Starmer to her farm.

The overwhelming levels of public support coupled with intensive behind the scenes meetings and briefings with MPs, members of the House of Lords, civil servants, and ministers, ensured the NFU’s calls on could not be ignored. 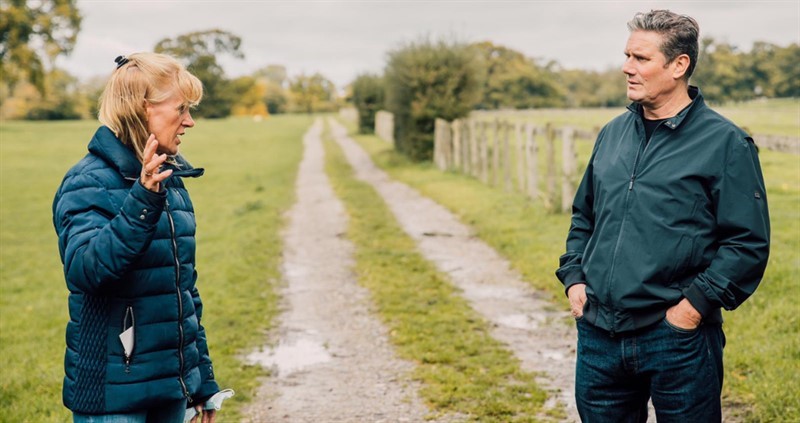 Our success and next steps

An independent Trade and Agriculture Commission was established by the government, the first step to victory in the long-term food standards campaign.

Further lobbying, including a meeting between the NFU President and the Prime Minister, ensured the role of the Trade and Agriculture Commission will be enshrined in law.

This means the commission will produce a public report on each new free trade agreement with MPs debating and voting on the detail 21 days before any deal is ratified.

As members of the commission, the NFU will do everything in its power to make sure its recommendations lead government and parliament to enact laws that ensure British farmers’ high standards of environmental protection and animal welfare are not undermined by imported food that would be illegal to produce in the UK.