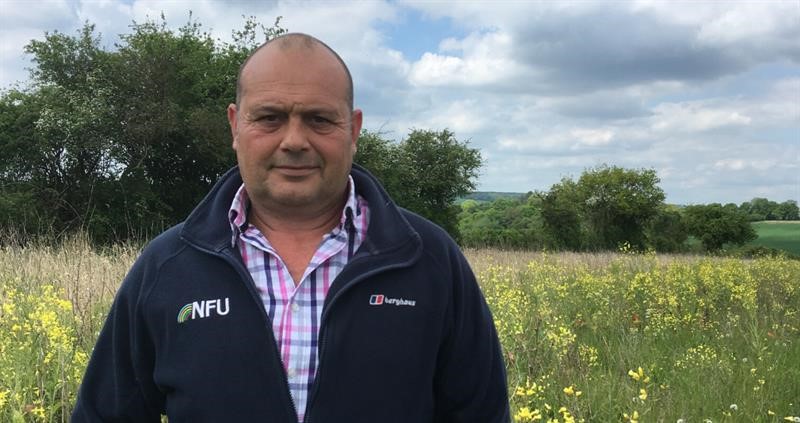 As the NFU's harvest survey results were released, crops board chairman Matt Culley discussed issues around cashflow as well as the food standards debate in Parliament in this month's Arable Farming magazine.

As I write this on a wet October morning I, like many other growers, will be having a brief break from our autumn drilling campaign. We have managed to get 70% of planned crops in the ground by the twentieth of this month, leaving a small area of wheat and oats left to go. We must hope the future prospects of these crops are a marked improvement on last year’s.

The NFU survey results for harvest 2020 have just been released and unsurprisingly, they do not make for good reading. All of the main commodity crops are showing a marked decrease in yield, with reports of variable quality across all regions.

Growers will now be suffering the obvious cash flow problems that a poor, and for some, disastrous, harvest presents. It is vitally important that BPS payments are made on time and without deductions this year. In a recent meeting with Defra I have stressed this point and asked them to make sure the RPA do not hold back with paying the support that growers need.

Another issue that may well be affecting growers’ cash flows is, ironically, lack of sales. Uncertainty over Brexit trade deal and the largely unknown quality of grain stored on farm is causing end users and processors to import grains from outside of the UK as they seek to cover their requirements to the end of the year. It is crucial that growers work with merchants to get an assessment of yield and quality of grain stored as soon as possible, as this will be needed for UK grain to start moving in earnest to the correct destinations.

The subject of imported grains and grain products has always been a tricky one to discuss, but with the Parliamentary ‘ping pong’ of the Agriculture Bill food imports are again a hot topic and a live issue. Intense lobbying by the NFU has raised the issue of import standards to the top of the agenda and is gathering support across the political divides. As I write, the Commons has another chance to vote on amendments put forward by the Lords. As this lands on your doormat, I hope we will be able to say they took the opportunity to put in statute policies that will prevent the UK’s high standards, achieved by farm assurance, from being undermined.

At the NFU crops board we have worked with our partners in AIC to flesh out the details and differences between farm assurance, trade assurance and the gatekeeper system, this has led to detailed work on product and production standards and how these differ, from UK grain production to imported products from around the world. An obvious example is oilseed rape. We know that since the ban on neonic seed dressings that the cost and the risk for the UK grower has increased due to heavy losses and decreased yields. Yet we also know that in the 12 months leading up to June 2020, the UK imported 120,000 tonnes of OSR from Ukraine and 270,000 tonnes came through the Rotterdam, most of which is likely to have come from Ukraine and Poland, and both of which have access to neonics. And with the poor UK and EU harvest, we are expecting even more to come from Ukraine, and maybe even take imports from Australia.

These imports will not break product standard rules, but production and environmental standards are clearly different. This undermines UK production on price and standards, and with often unclear labelling on supermarket shelves, our consumers cannot always differentiate between UK and imported vegetable oil even if they wanted to. With recent statements from government that no changes will be required for imported products from 1 January 2021 for nearly a two year period, it seems UK growers will have to suffer this hypocrisy for some time to come.

I have used this example in recent meetings with concerned Members of Parliament and I believe we are getting more and more traction, especially with increasing public support. We must keep up the pressure, but time is running out and the government’s large majority in Parliament is proving a tough nut to crack.