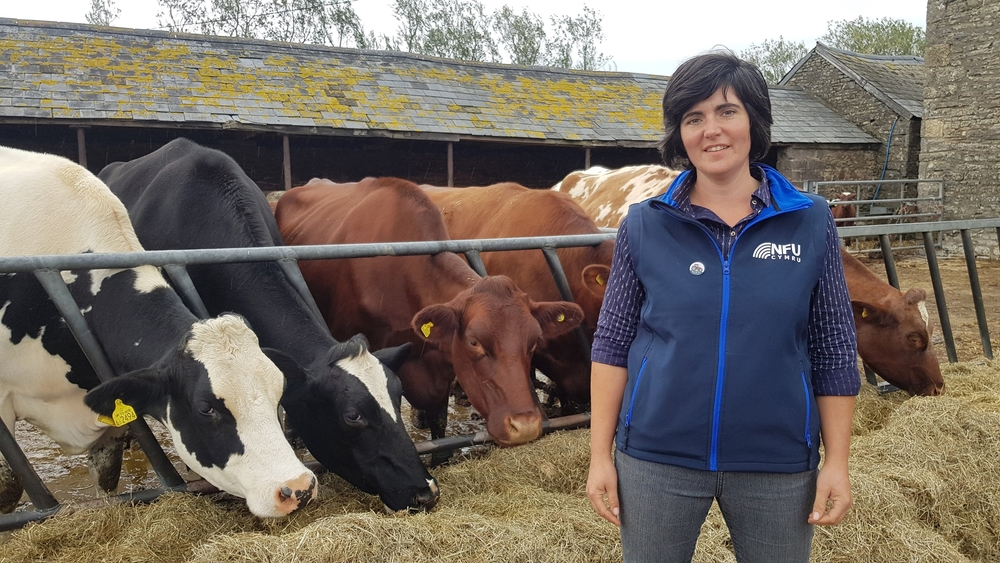 Abi Reader has been named Farmers Weekly Farming Champion of the Year for her high media and social media profile in highlighting all that’s great about British farming.

Sponsored by the NFU, the Farming Champion award looks for someone who has been selfless in their efforts to strengthen British farming in the past 12 months.

Abi, a dairy farmer near Cardiff, is chair of the NFU Cymru milk board and sits on the NFU national dairy board.

During the announcement as part of the FW Awards, held virtually this year, viewers were told that over the past 12 months Abi drew on her high-profile social media presence, her media contacts and her enthusiasm to connect in the “new normal”, which required a socially distant and digital approach.

She has been at the heart of the conversation on topics as varied as the environment, animal welfare and bTB, and has won plaudits for her media appearances, appearing with a vegan on ITV Wales News, and offering an argument for farming in the controversial George Monbiot Apocalypse Cow documentary.

After Covid-19 hit the food supply chain, Abi worked tirelessly, lobbying for the Dairy Support Scheme for affected farmers in Wales, alongside the NFU, NFU Cymru and other organisations.

“2020 has been a year when farming faced a combination of challenges and the Covid-19 pandemic meant we needed advocates who could think laterally when it came to promoting and defending our industry. A natural communicator, Abi engages confidently with all sections of society in a bid to debunk the myths that are so often pedalled about farming. She is relentlessly, proudly and passionately pro-farming.”

“Abi is a fantastic advocate for Welsh and British farming and the time and effort she gives to the sector while running her own successful business is an inspiration to us all.

“Her enthusiasm and desire to make a difference is contagious and nowhere is this better illustrated than around her work with Cows on Tour.”