The ‘Kent sheep’ was mighty once. And by challenging tradition, it could be again, writes Sue Scott. Photos: Scott Ramsey. (This article has appeared in British Farmer & Grower South East).

Like many commercial farmers on the Kent marshes, Nigel Body can’t recall a time when the fleeces he took off his Romney sheep were worth much more than the cost of shearing them. Which is curious, since Romneys were once so prized for their wool that it regularly travelled illicitly out of the UK, past boats laden with bootlegged French brandy coming the other way.

The New Zealand wool industry owes its very existence to the breed’s ability to produce a strong, long fibre with good crimp – the natural waviness that encourages cloth to drape. “But I’ve only ever known the fleece to be a by-product,” says Nigel, who lambs 1,200 ewes at Snargate.

Romneys earned 38p/kilo for last year’s clip from British Wool. That’s around 2p/kilo more than the average paid for non-organic clip across all breeds and grades, but way below what it would take to make producers like Nigel actively manage their flock for fibre as well as for meat. Health, profligacy and conformation are the boxes to be ticked; not wool density, staple strength and micron diameter.

But what if there was an incentive to grow Romney wool for a premium market, instead of it entering the annual round of auctions with little to distinguish it from all the other bales of ‘medium’ fibres, the majority of which will end up in carpets under our feet, rather than hanging luxuriously off a tailor’s dummy on Savile Row?

That’s the question Pat Alston posed around 10 years ago, prompting the first serious study into whether ‘the Kent’ sheep could ever become couture. The answer was most definitely yes. But it’s taking a lot of determination, talent and high-level networking to push the idea uphill.

“We wanted to bring Yorkshire to Kent,” says Pat, who’d travelled the world as a diplomat’s spouse, before retiring with her husband Robert to the county where she’d spent childhood summers. Pat readily admits she was underqualified to be a wool entrepreneur, but a life in Her Majesty’s Service has clearly equipped her with charm, connections and perseverance – attributes that would prove jolly useful when taking on the textile establishment.

Yorkshire, whose mills helped drive Britain’s industrial revolution, remains at the heart of cloth making in the UK and there were some there who found her idea of a new luxury worsted cloth that could be traced to a Romney flock on the Romney Marsh intriguing. A sample of designs, based on traditional tweed patterns, was woven and a leading cloth merchant judged that it was of sufficient quality to buy 15 exclusive pieces.

The late Chris Antich, then head of the family-owned C&J Antich & Sons in Huddersfield, which weaves for the likes of Prada, Armani and Chanel, was one of Pat’s early champions.
.
“Chris would have built a mill on the Marsh for us. But it would have cost £3million,” she says. Instead, in 2014, a more modestly funded community interest company (CIC) was set up to put Kent on the textiles map. Pat had already taken the precaution of trademarking a name: Romney Tweed – only the second geospecific tweed to be protected as a brand in the UK.

“It was just so obvious to me that the sheep were the icons of the Marsh,” she says. “Romney Tweed represents both the place and the breed.”

For two centuries, tweed has been the uniform of the countryside at play. Loved by royals, sported by farm workers, you’d be hard-pressed to find a rural event, from Aintree to Ashford market, that isn’t awash with it. Ask most of those doffing their check cap where the wool for it came from, though, and they’d likely say Harris, the only tweed that’s universally recognised for its provenance. Grown on the backs of Scottish Blackface and Cheviot ewes, scoured, carded, spun and woven into cloth on more than 140 hand looms in private homes across the Outer Hebrides, its reputation and process is safeguarded by the Harris Tweed Authority, its traceability attested by the Harris Tweed Orb on the label.

If a mill on the Marsh was out of the question, then Pat hoped the Harris model, creating a home-based industry at scale, could be replicated in a rural area of relative deprivation with one of the highest numbers of unemployed young people in the South East. The CIC structure would ensure that the skills needed could be taught to what turned out to be an enthusiastic waiting list of eager weavers. It’s also been able to reach out to schools with workshops and a yearly competition, encouraging a new generation of interest in textile design and manufacture.

Rosie Green, Romney Tweed’s weaver in residence and the creative director behind its three most recent collections, was keen that, if they were inspired to follow a similar career, students understood wool’s relationship with the environment.

“Knowing where the wool comes from has made me a different designer,” says Rosie. “I won’t work with projects now if I do not have a full overview of the supply chain and the provenance of the fibres.”

She first saw the Marsh through driving rain on a field trip with fellow undergraduates from London’s Central St Martins, who were taking part in a design project for Romney Tweed. She returned three years ago to drive the fabric in a distinctive new direction.

“You have to make your mark with something different but within the legacy of tweed,” she says. “I’ve been trying to move us away from browns and grass green… away from a rural to an urban setting. It’s our chance to put a stamp on it.”

The Prospect collection – inspired by Derek Jarman’s cottage at Dungeness – with gorse yellows, moody blues, and natural soft white, certainly does that. You’d stick out like a sore thumb on a Scottish hillside, but it’s a stand-out wardrobe addition for anyone wanting city chic with built-in environmental credibility.

Grown in an area of such extraordinary biodiversity that the 100 square miles of Romney Marsh is sometimes referred to as the fifth continent, the wool tells a unique sustainability story. As to the quality of the fabric, there is no doubt. When Princess Alexandra recently stepped out in a custom-made outfit, tailored from a Romney Tweed pale pink windowpane check, she confirmed its cachet to the world.

Broomhill check was among 22 designs made from the first 1250kg of wool from three Romney Marsh farms, purchased via British Wool, and processed in Yorkshire. Most of it has been sold for bespoke commissions. Another 700kg is waiting to go into production at C&J Antich & Sons. And Haworth Scouring Company has procured and put aside four bales of Romney fleece ‘because they have faith that the idea will succeed’ says Pat.

That the fabric has so impressed a clothmaking industry steeped in tradition is testament to Romney Tweed’s potential. But tackling the next step in the supply chain – the tailors and couturiers who will sell it to their clients – is proving more challenging.

“We haven’t been able to afford the marketing budget needed to maintain regular emphasis on the uniqueness of the Romney Tweed story and the particular qualities of Romney cloth,” says Pat.

Which is why Romney Tweed is looking to restructure in such a way that the original vision to kickstart a textile industry in Kent is preserved, but it can attract the private investment needed to fully realise its ambition of transforming Kent’s lowly lowland sheep to haute couture. 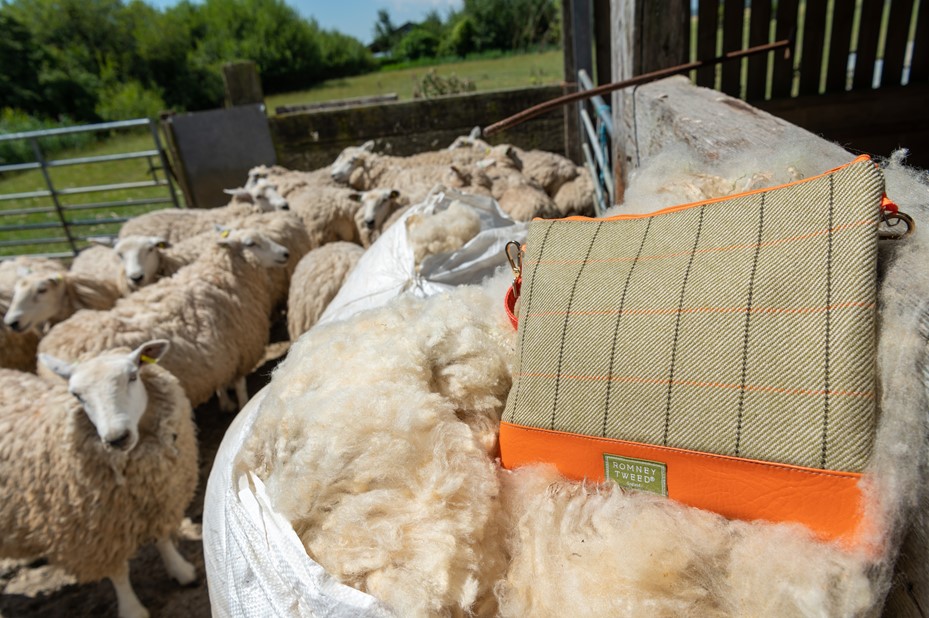 What would that mean for farmers?

Adam Rawlinson, chairman of the Romney Sheep Breed Society, who runs a pedigree flock near Hawkhurst, says it’s been a long while since commercial breeders – responsible for the vast majority of the 270,000 pure bred ewes, or around two per cent of the national flock – have had reason to focus on the quality of the wool. 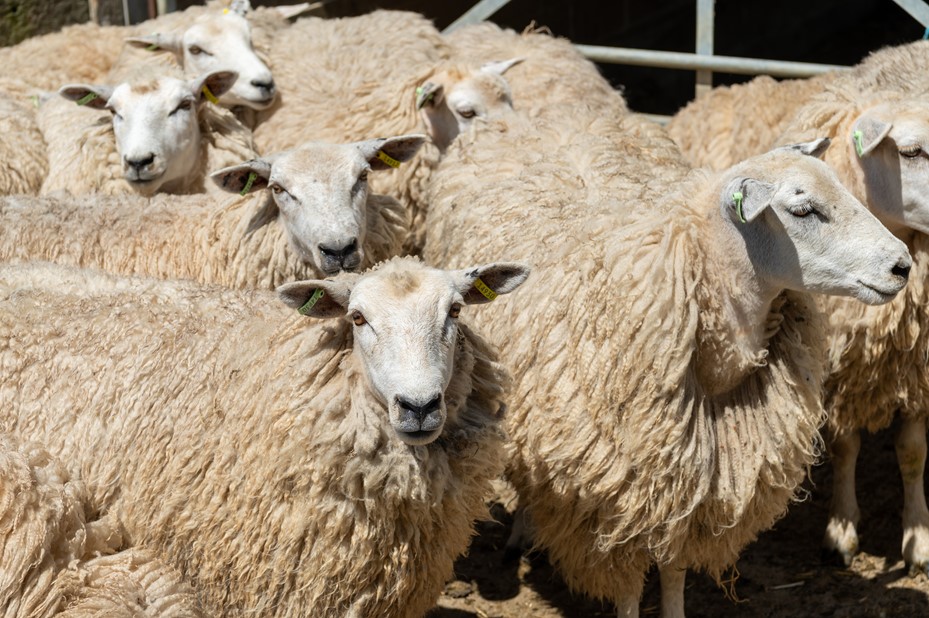 “Breeding over the years has had to be driven by profligacy, EBVs and meat production,” he says. “If you have a high index flock, you’re breeding for longevity and health… fleece quality is in there but it’s not at the top. That might change, but it will be market driven. So, ultimately, if a company like Romney Tweed says to British Wool we only want the very best and will pay an enhanced value for it, one would hope that passes down to the farmers who are producing the quality. And if one highly marketable product like Romney Tweed starts becoming very well known, others will jump on the bandwagon, which can only be good news from the breed point of view.

“Money has to be the bottom line for the commercial farmer; for Romney breeders, it’s probably enough of an incentive to know their wool will be used for clothing rather than a carpet on a cruise liner.” 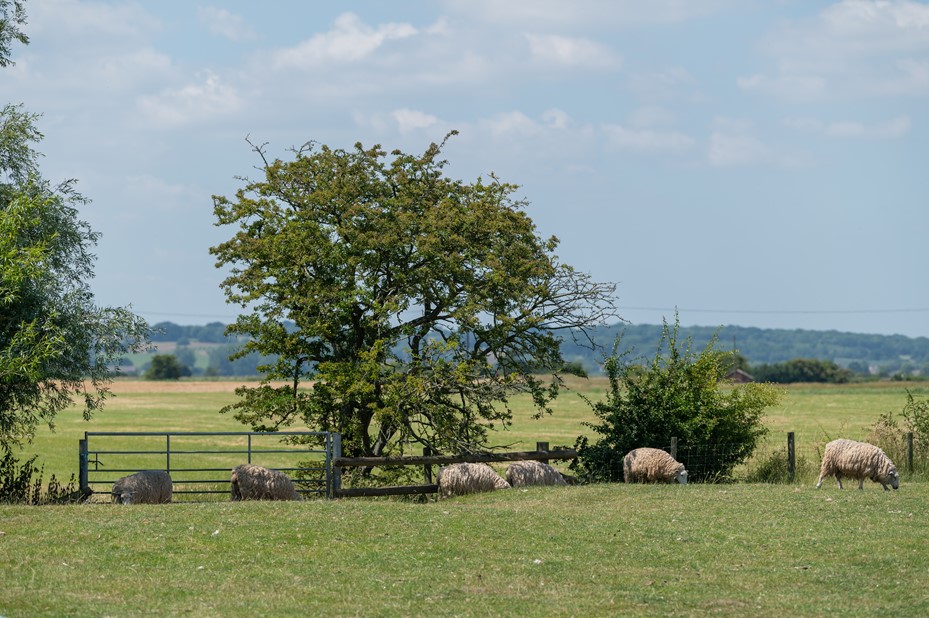 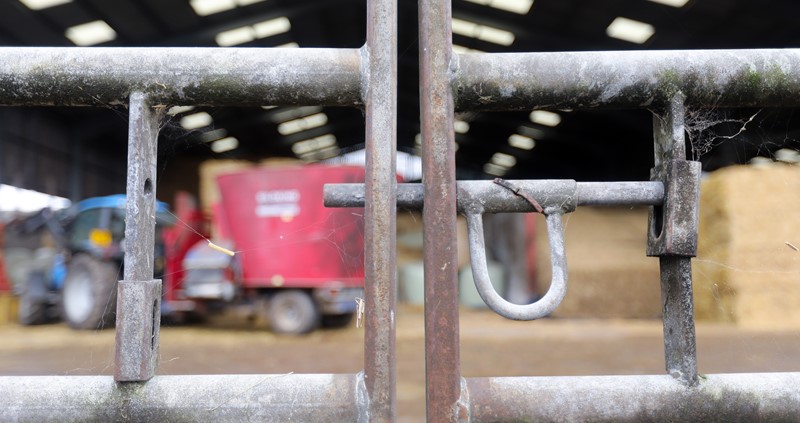 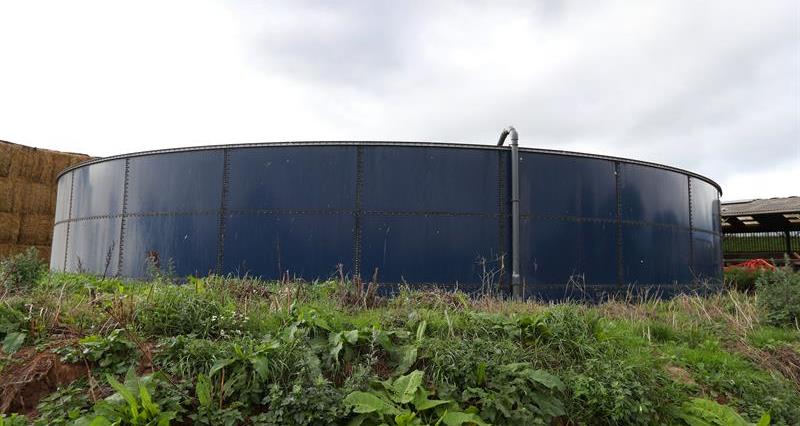 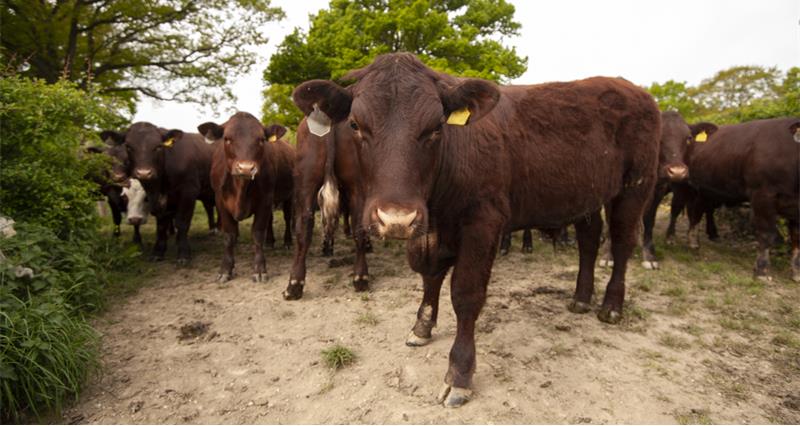 bTB mapping site set for refresh – have your say 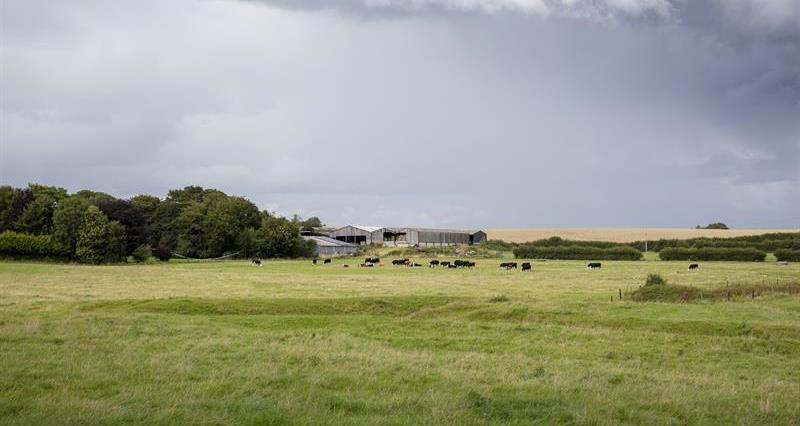