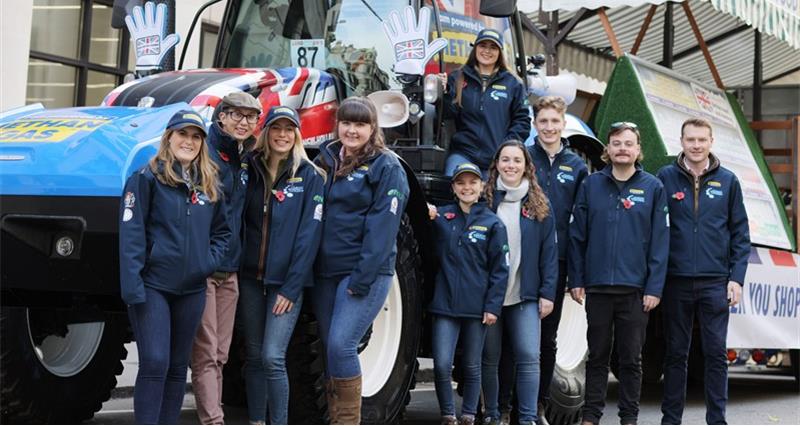 We took to the streets of London for the Lord Mayor’s Show, proudly displaying the work of British farmers and growers in producing climate-friendly food, caring for the farmed landscape and progressing towards a net zero future.

Our farmers received an incredibly warm reception at this year’s Lord Mayor’s Show as the NFU joined forces with the Worshipful Company of Farmers, New Holland, Red Tractor and Surrey Docks City Farm as part of the Back British Farming campaign.

The message was heard by thousands of people on the streets of the capital and millions more on television as NFU Student & Young Farmer Ambassador Joe Bramall was interviewed live on BBC1 where he highlighted the NFU's net zero ambition. And of course we made our voice heard on Twitter, Facebook and Instagram too.

We are underway at the 2021 #LordMayorsShow in London showcasing British farming 🇬🇧🧑‍🌾 Our farmers are incredibly proud to produce climate-friendly food for the nation #BackBritishFarming pic.twitter.com/9GZZEIq2oT

A hamper was presented to the Lord Mayor as we passed Mansion House, showcasing the best of British produce. 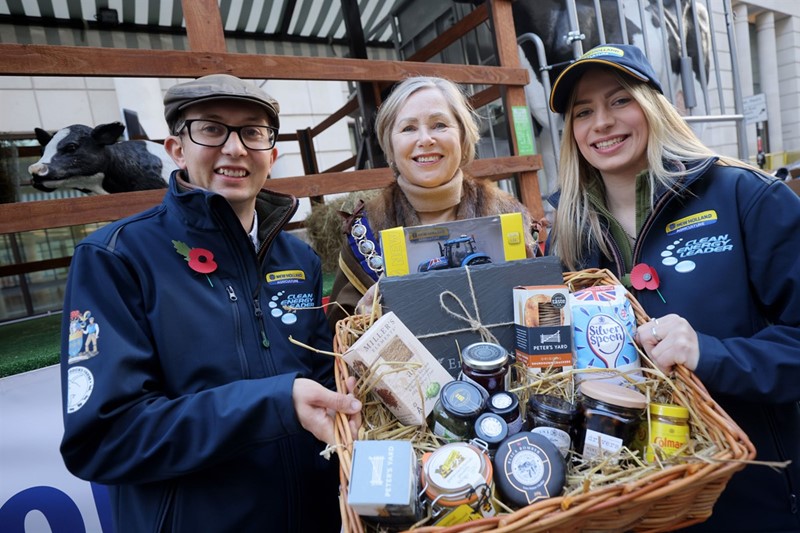 Master of the Worshipful Company of Farmers Karen Mercer said:

“This year we were delighted to be highlighting the British dairy sector and its important role in producing the best quality food for your table every day of the year.”

“The parade always gives us a great opportunity to demonstrate to the thousands of people on the streets of London, and to the millions watching on television, how British farmers are proud producers of some of the most sustainable, climate-friendly food in the world and how British farming plays a vital role in protecting and maintaining the great British countryside.

“And with Saturday’s procession taking place just as the COP26 event in Glasgow comes to an end, we highlighted how Britain’s farmers are part of the solution in fighting climate change and how they are working towards our farming industry-wide ambition to be net zero by 2040.”

Joining the Worshipful Company of Farmers was the NFU’s group of Student and Young Farmer Ambassadors, Red Tractor farmers, and youngsters from Surrey Docks Farm.

The parade in pictures 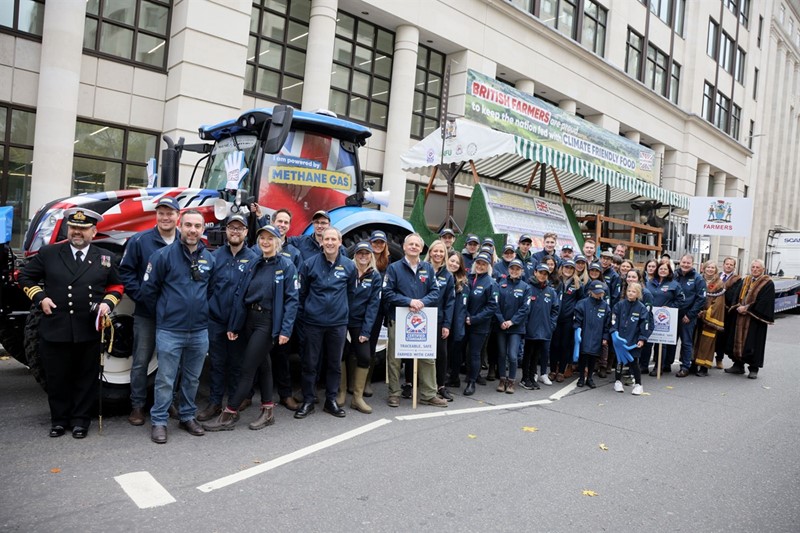 Mark Crosby, marketing manager for the UK and Republic of Ireland at New Holland, said:

“Participating in the Lord Mayor’s Show this year has even greater significance as we return to proudly showcase the best of British farming. New Holland is a strong advocate of British manufacturing as the clean energy leader, with our Basildon factory producing the first commercially available methane-powered tractor. It’s an honour to play a part in the procession and highlight the importance of British agriculture.”

“Red Tractor is proud to be part of this celebration of British food and farming. We believe passionately that everyone should be able to buy quality food they can trust, whatever their budget. The Red Tractor logo is a simple way for people to help foster a better future for British farmers and to be confident that the food they eat has been produced safely, responsibly sourced and carefully farmed, every step of the way from farm to pack.”

“The Surrey Docks Farm has a long-standing relationship with the Worshipful Company of Farmers and is thrilled to be invited to take part in the Lord Mayor’s Show. Members of our Youth Committee aged eight up to 25 will be in the parade to proudly represent British farming and raise the profile of city farms.”

“Farming is at the centre of our thoughts and daily lives, so it is an honour to be able to support the Worshipful Company of Farmers and showcase the best of British dairy farming.” 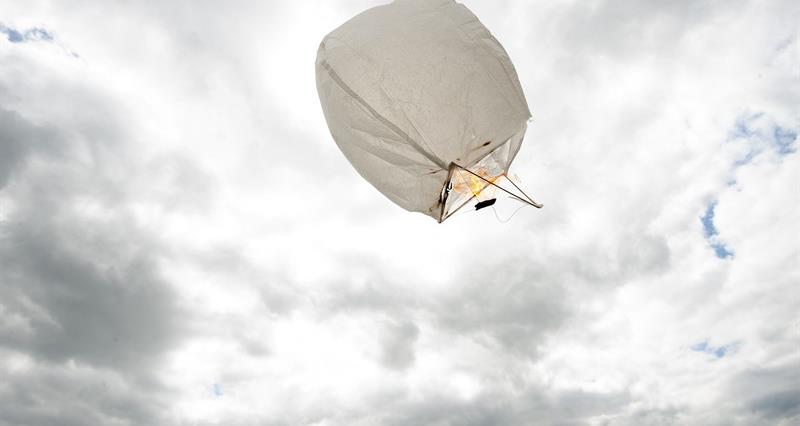 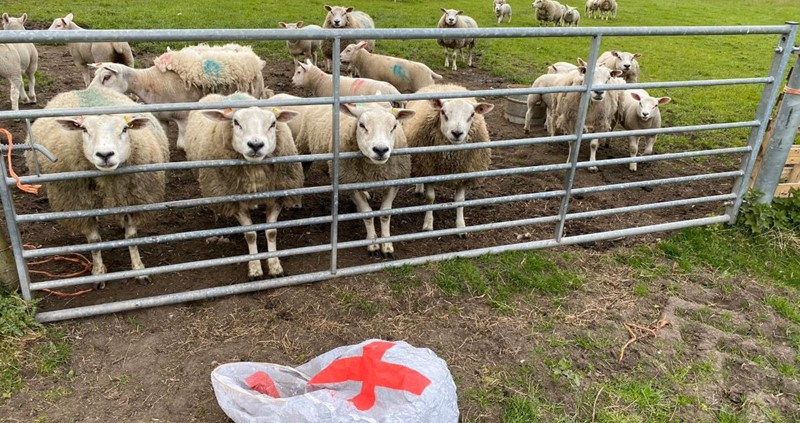 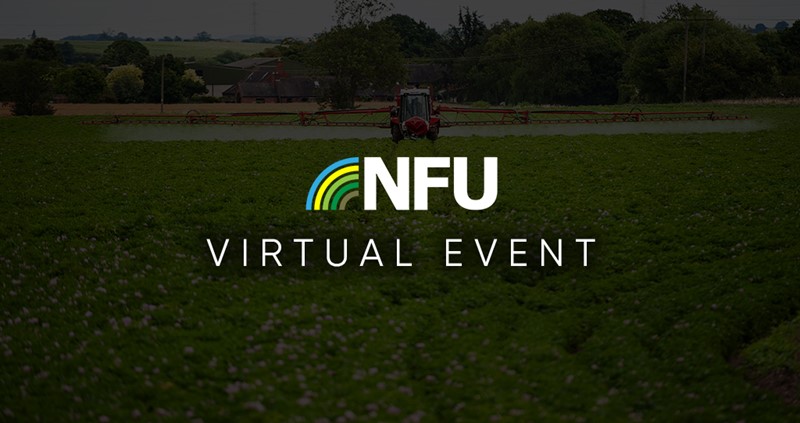 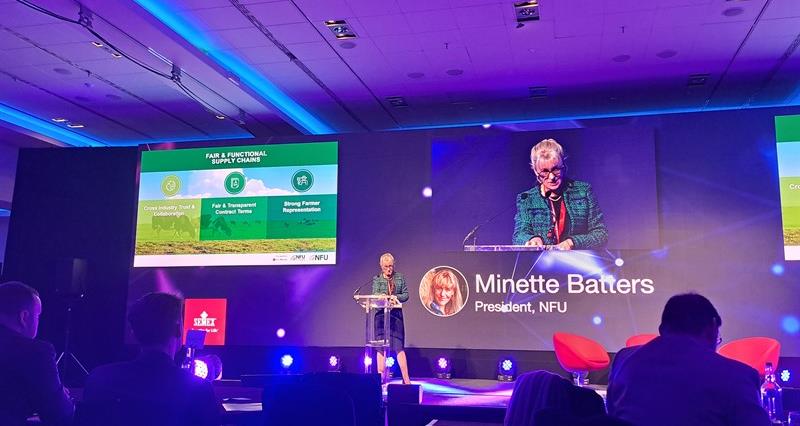