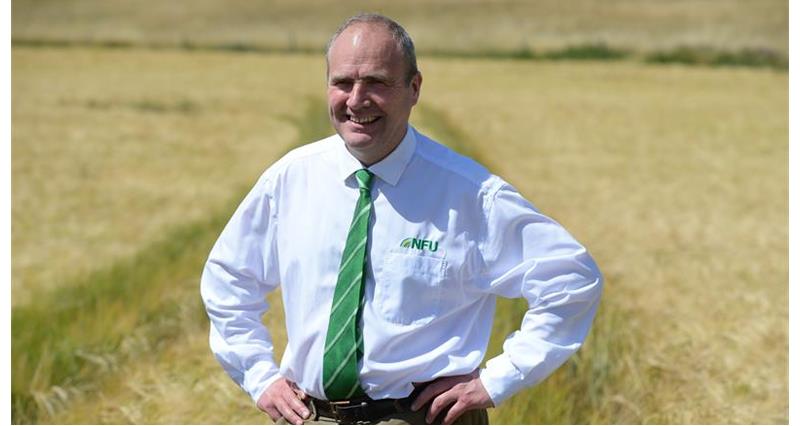 Gary Ford leads the regional team at the Newmarket office, a role he has held since July 2020.

Gary is from a farming background and his parents still farm in Worcestershire. He has extensive experience in the agricultural industry, including 16 years working for the NFU in a variety of roles.

Before moving to East Anglia he worked as the NFU's Chief Poultry Adviser and prior to that he was the County Adviser for Worcestershire and Warwickshire, working with members on key issues affecting the two counties.

Gary has worked in the commercial poultry industry as well, where he was an agricultural manager in the broiler sector between 1998 and 2009.

Gary said: “I’m incredibly proud to be regional director for the NFU in East Anglia. I’ve spent a lot of my time here, working with our poultry members, and I have a great affinity for the region, including taking my degree in agriculture at Writtle College in Essex.

“From its poultry businesses to salad, vegetable and arable production, there is a thriving farming industry here that has so much to offer the nation.” 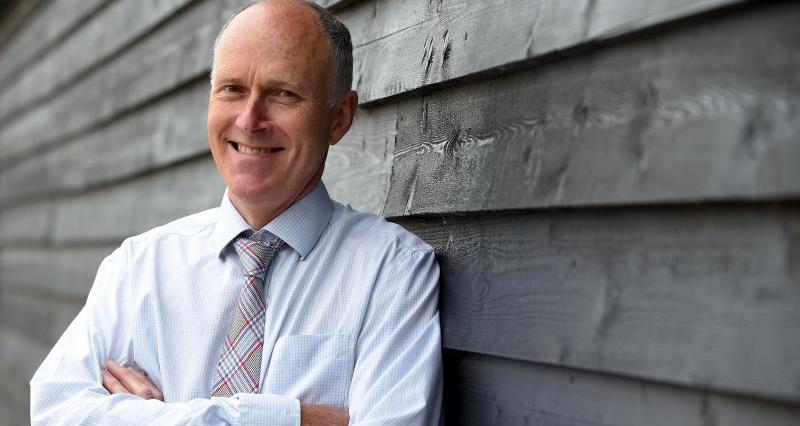 He started his NFU career as County Adviser for Essex, before moving to a new role in 2019 as County Network Manager. 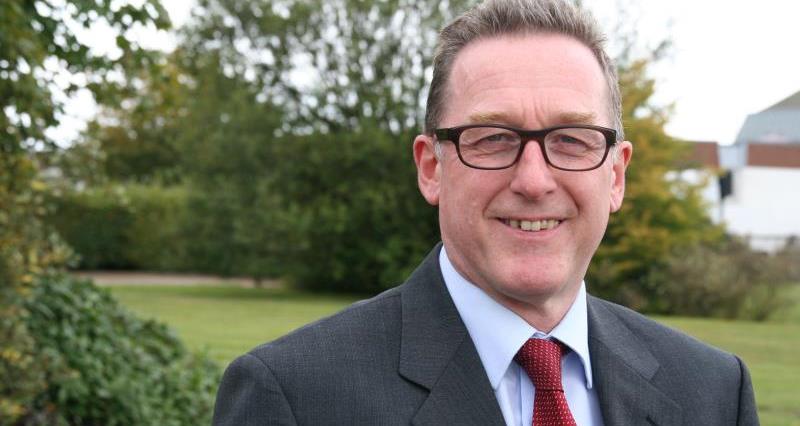 Food security goes hand-in-hand with water security and Paul’s role is recognition of the challenges facing farmers and growers as they seek a fair share of water for food production.

Paul has worked for the NFU for more than 30 years. He had many years’ experience of water issues as environmental policy adviser for the NFU in East Anglia, before taking on his new position in November 2012.

Paul says that, as well as weather-related issues, farmers are also facing long-term changes to both licences and the cost of water.

“There are no easy answers, but it is clear that we need to work in partnership with all those who have an interest in water. The NFU is playing a leading role in a group of food and farming organisations – the Water for Food group - trying to identify solutions for the farming sector and for individual businesses,” he said. 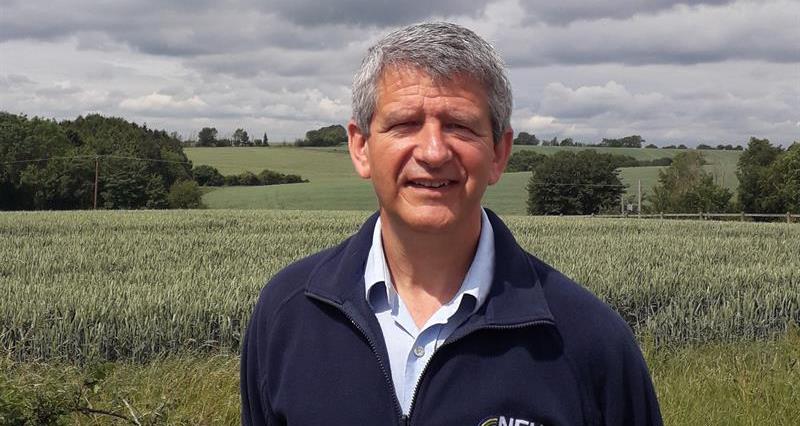 He grew up on his family’s arable farm in Cavendish, Suffolk and studied agriculture at Newcastle University, before completing an MSc in agricultural economics at Michigan State University.

“My career has encompassed all aspects of agricultural policy, but over the years has focused more and more on environmental issues,” he said. 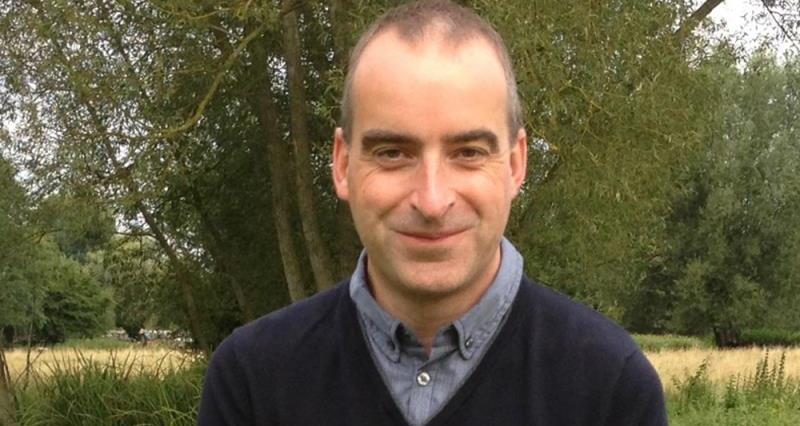 Brian is a former journalist whose career has included working on weekly and daily newspapers in Oxfordshire, Warwickshire and Australia. He was Chief Reporter for the Morning Advertiser, the trade newspaper for the brewing and pub retailing industry, before moving into public relations.

He joined the NFU in October 1999 and is dedicated to ensuring the NFU and its members are well represented in the regional media.

As well as editing the regional pages of British Farmer & Grower, his role includes handling media enquiries, organising campaigns to promote a positive image of farming and advising members on communication issues.

The County Advisers work on behalf of NFU members in their local area, giving them advice and guidance on policy issues, coordinating activity within the county and ensuring members’ views are heard. 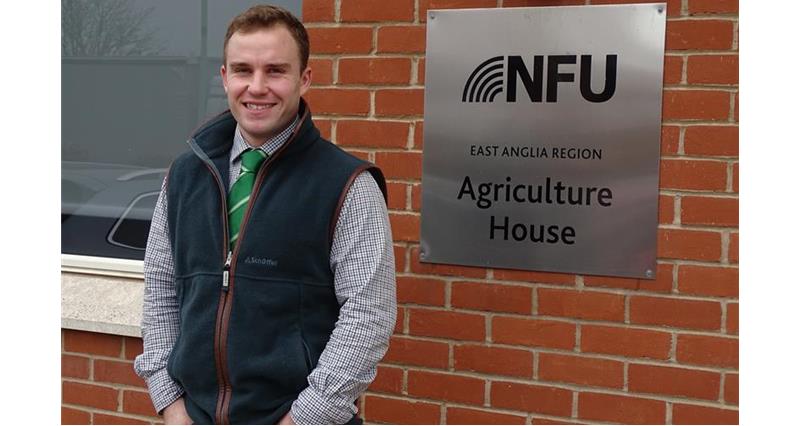 After graduating with a geography degree from Exeter University, supplemented by work on a livestock farm, Oliver worked in the economic development team at Devon County Council before opting to do an MSc in sustainable agriculture at Harper Adams.

He spent a season as a fresh produce grower for JCB’s farms on the Daylesford Estate in Gloucestershire before taking a temporary position with the NFU food chain team at Stoneleigh, where he also covered organics.

He has also worked at the Organic Research Centre in Berkshire and for the sustainable food and farming team at ADAS.

Oliver said: “Having grown up in Cambridge, when the opportunity to work for the NFU at a local level came up, I jumped at the chance.

“I’m really looking forward to immersing myself in the agricultural sector and helping members as best I can.” 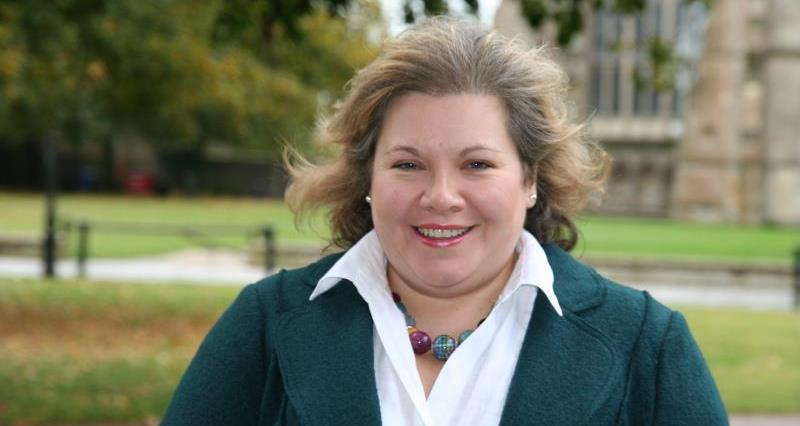 In addition to her role as County Adviser for Cambridgeshire, she handles tenancy issues within East Anglia.

“Key issues for the county include rural crime, better broadband provision for rural communities and flood protection for productive farmland in the Fens,” she said.

“I am also strengthening the NFU’s links with organisations right across the county, working with them to ensure a successful future for farmers and growers.” 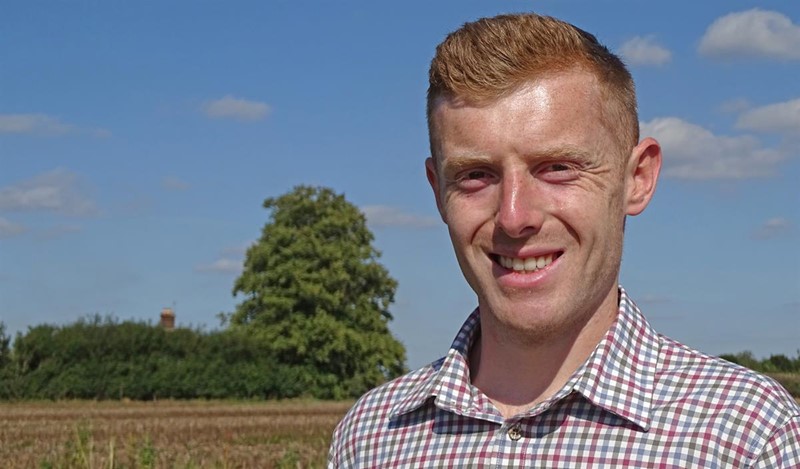 Jake Richards has joined the NFU East Anglia team after completing a PhD for sugar beet growers and the British Beet Research Organisation at the University of Nottingham.

He grew up on his family’s farm between Bury St Edmunds and Sudbury in Suffolk and has always had a keen interest in agriculture.

He studied agricultural and crop science at Nottingham before undertaking his PhD.

Jake said: “I’ve been researching the effects of cover crops on soil structure and the subsequent yield of sugar beet.

“I’ve really enjoyed how practical and applied my PhD has been. The motivation that comes from working on something that is useful to farmers is very fulfilling. This is something that I’m looking forward to continuing in my new role with the NFU.

“Essex is an extremely important county for food and farming. I’m keen to get to know the NFU members who farm there and to help them as best I can during this extremely challenging period for agriculture.” 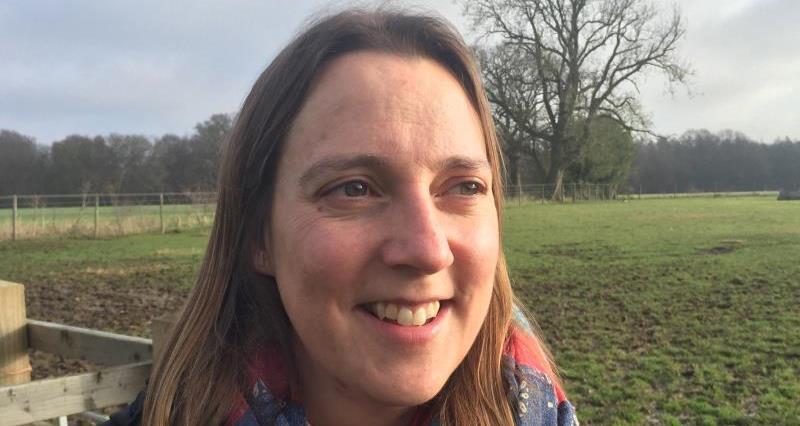 Rosalind David knows the area well as she grew up on her family’s farm in the north of the county.

She will be working with members on key concerns such as rural crime and rural broadband, as well as championing the importance of food and farming in Hertfordshire.

“My mum and dad are tenant farmers, on a farm that’s been in the family for 90 years, so I’m well aware of the issues facing farmers and those working in agriculture,” she said.

“I’m keen to make a difference for NFU members across the county. I’ll be encouraging them to voice their views and I’m looking forward to working on their behalf with stakeholders and other organisations.”

Rosalind studied Geographical Information Science at Newcastle University and then pursued a career in commercial property in the North East. She moved back to Hertfordshire and worked in the West End of London for a number of international commercial property agencies and national property developers.

After taking a three month sabbatical to work on the family farm in 2016, she decided to return back to her farming roots in March 2017, working part time on the family farm as well as facilitating rural grant funding applications for two Local Action Groups in Bedfordshire.

Outside of work her interests include cycling, hockey and watching football, especially Yeovil Town. 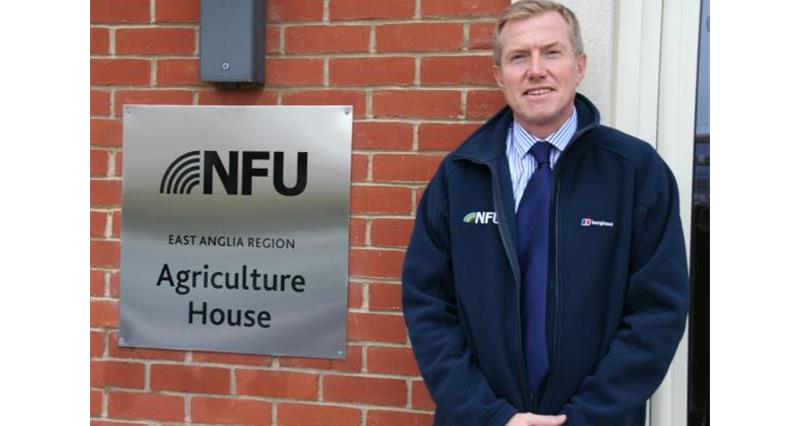 John Newton is back with the NFU as Norfolk County Adviser almost 30 years after he first joined the NFU as Assistant County Secretary, working with County Secretary Ken Leggett in the office in Ber Street, Norwich. After NFU regionalisation he became livestock specialist for the East Anglia region before working as National Egg Specialist and then National Poultry Adviser. He left in 2003 to join ADAS as a Senior Poultry Consultant.

“Much has changed in farming in Norfolk in the last 30 years, but one thing that has not changed is the need for Norfolk farmers to have a powerful voice to represent their interests. I believe that they need the NFU more today than ever before,” he said.

“Working with Ken Leggett taught me the importance of going that extra mile to help NFU farming members. Norfolk has been blessed with excellent county secretaries and advisers in the past and I aim to maintain this tradition.” 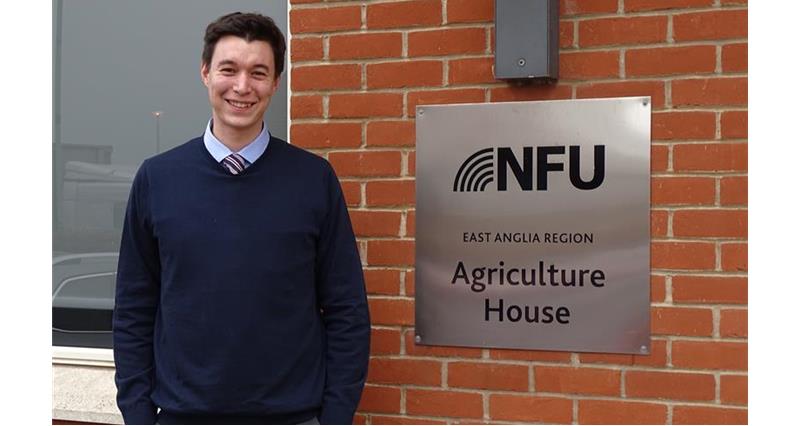 During this time he built strong relationships with various different growers and suppliers and now looks to work closely with them, and act on their behalf, with stakeholders and other organisations.

Charles said: “In my previous role I have seen first-hand the incredible passion and professionalism demonstrated by British farmers.

“I now want to use my skills and experience to help members in Suffolk and make a real difference on their behalf. 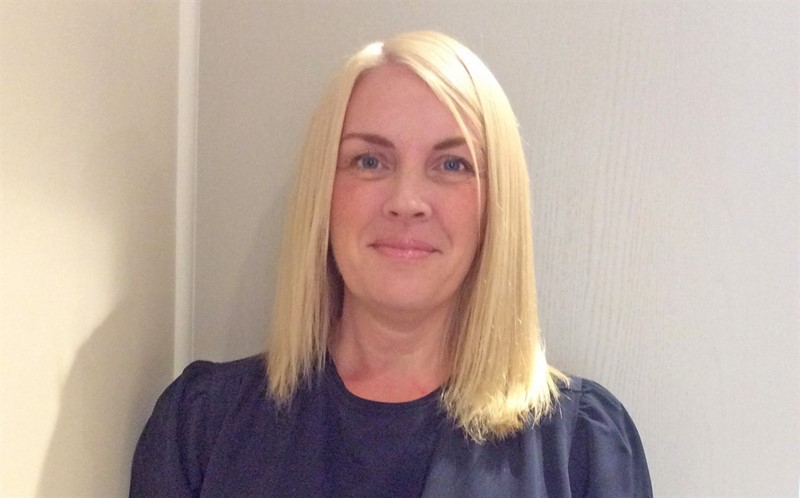 Karena joined the regional team in November 2020, after 21 years working for the Animal Health Trust within the Centre for Equine Studies. Her role includes overseeing, and ensuring, a coordinated administration service to regional staff, as well as the NFU's boards and committees. 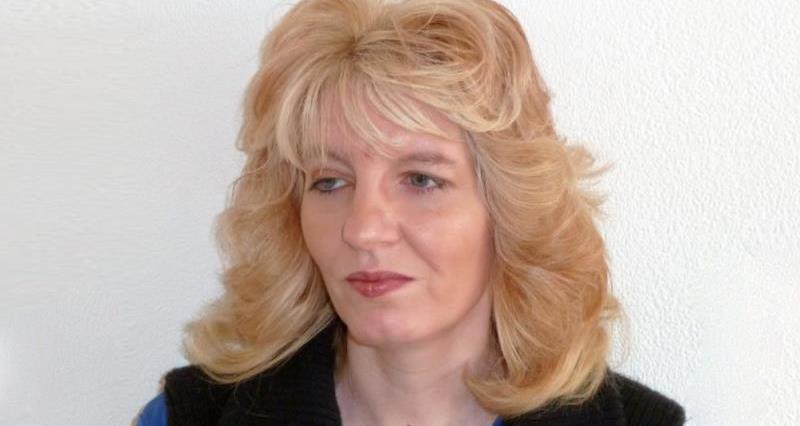 Michelle has more than 20 years’ experience working with the regional team in East Anglia, providing administrative and secretarial support and helping to organise member meetings.