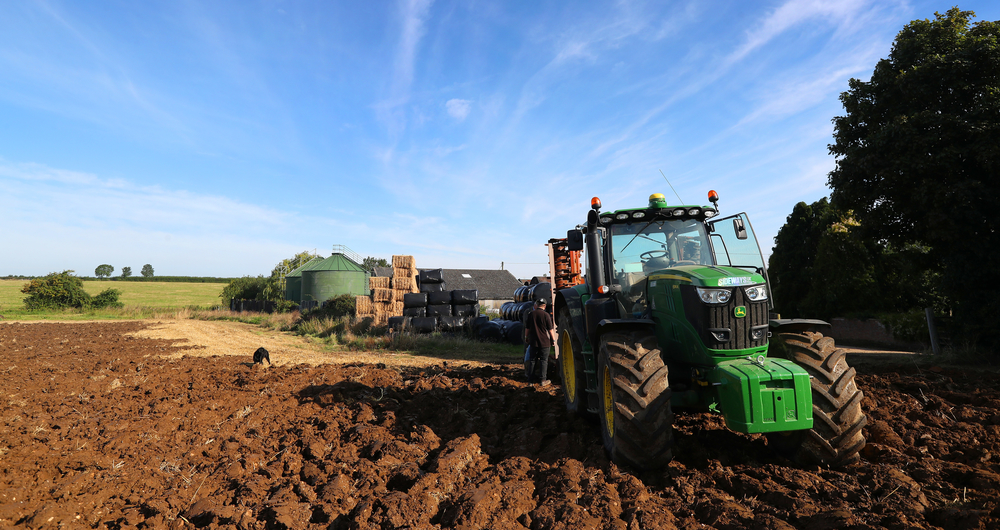 As agricultural support changes, NFU Regional Environment Adviser Rob Wise talks to members who are facing up to the challenge.

A new landscape is beginning to emerge for what farmers can expect in terms of future government support.

From December, BPS payments will be progressively phased out while the money clawed back will be recycled into payments of ‘public money for public goods’.

The government has promised to make the same total amount of money available via the existing Countryside Stewardship scheme, which in time will be replaced by the Environmental Land Management (ELM) scheme, and a variety of revised productivity grants, for the life of this parliament. Beyond that there are no firm commitments. 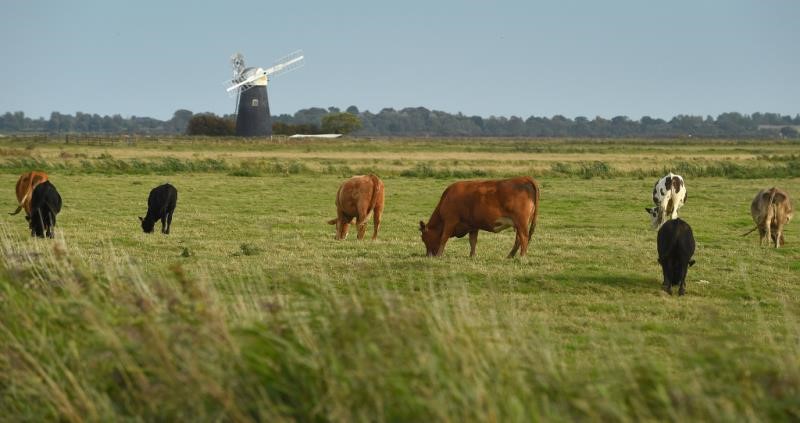 Farmers are rightly concerned that the replacement of BPS with ELM and other grants is unlikely to be like for like in real time. With no long term funding guarantees, farmers are looking around to see what other sources of income might be out there. There are other public goods – like biodiversity and carbon credits – that both government and the private sector may be willing to pay for.

Farm diversifications into retail and tourism also begin to look even more attractive than they have already become.

But what about the core part of the business: how the land assets are used? Most farmers have come through the past few decades thinking of themselves as part of the technology driven conventional farming orthodoxy. This has included increasing specialisms in both arable and horticultural farming, as well as in the various livestock sectors. The mixed farm of yesteryear mostly disappeared a long time ago.

Yet looking forward, the orthodoxy of conventional farming is being challenged from within the industry itself with a renewed focus on soil health and ‘regenerative’ techniques, leading many to believe that the future lies in a return to a more mixed system of farming.

Collaboration between farmers, especially around livestock owners taking their stock onto other producers’ arable rotations, is a key part of this: specialisms kept but shared for mutual gains.

Will the decisions around farming system adaptations for productivity gains be the key to future success, or will chasing public goods payments or diversification income be more important? For most farmers it will probably involve all of these options. Here’s a snapshot of views from a range of NFU East Anglia members.

"Food production will remain core in the future" 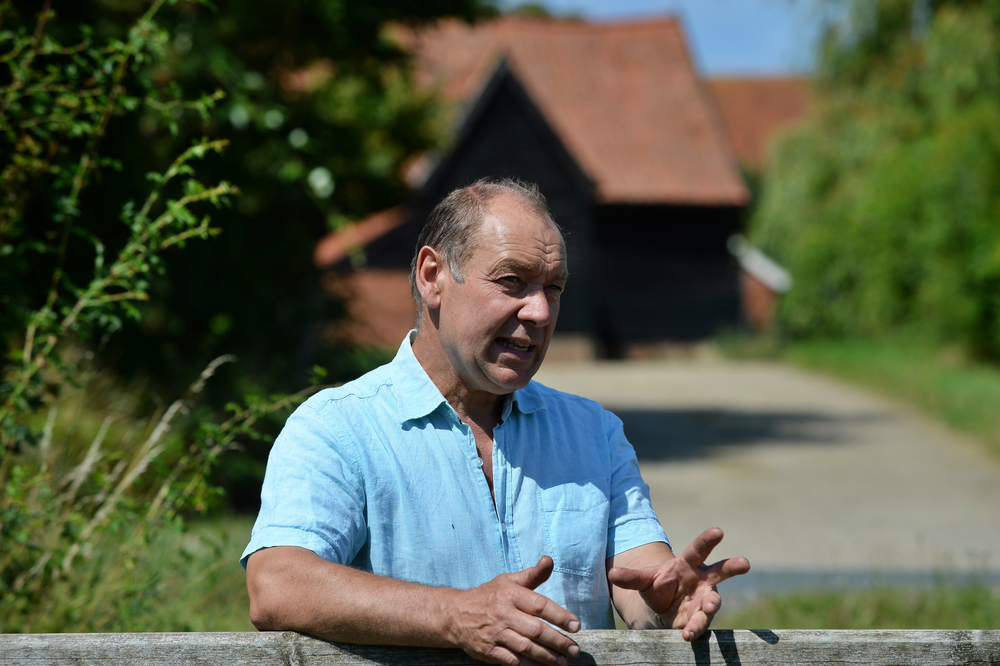 Glenn Buckingham, farm manager of the Helmingham Estate and NFU Suffolk county chairman, sees himself as a conventional combinable crops producer, whose main moves to improve soil health have been around using minimum tillage techniques.

But he feels he’s already delivering public goods through his ten year Higher Level Stewardship (HLS) and five years of Higher Tier scheme that supports a farm with 48 ponds, 50 km of hedges and 15 miles of footpaths.

“We have newts, barn, little and tawny owls, and biodiverse flood meadows and ancient meadows,” he says, but food production will remain core in the future, alongside conservation.

Glenn thinks the climate challenge will mean rethinking the levels of artificial inputs being used and how much land is given over to producing crops for animal feed, as consumers continue to modify their diets. To help that “we need local food hubs with surpluses marketed to the cities, reconnecting people with food production where possible” he says.

"We are considering all options"

“That scheme, along with the public engagement we do on lambing days and Open Farm Sunday and with permissive footpaths, is already contributing to public goods provision,” she says.

“We are considering all options from the future environmental schemes and with our farm shop and tea room we will do whatever else we can to make the farm a destination for people to visit.

“ I hope this helps to generate adequate rewards, while we continue to produce food to a high standard.”

Glenn Anderson has a conventional arable farm near Dereham in Norfolk, but that is all about to change. He believes that without making changes, the system would not be financially viable in this post-Brexit world.

“We have two choices: move towards a regenerative system accepting some yield losses and hope that ELMs will support this, or focus on shifting away from highly productive farming to providing a wider range of ecosystems services that get monetised for their natural capital value,” he says.

Glenn is part of a Defra-led biodiversity net gain pilot and is therefore looking to go down this second route.

“This, in our situation, is a more financially resilient model and will still deliver some food production through livestock and niche crops.

“Outside of the pilot, I would like to see part of ELMs focus on regenerative agriculture and promote new markets, for example trading ‘mixed’ grains with technical support and machinery grants.”

"Many medium and smaller family farms may be lost" 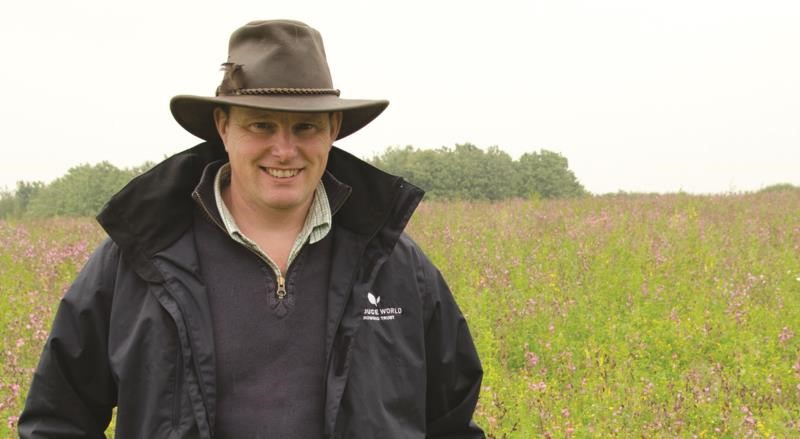 Andrew Burgess, who chairs the NFU’s Organic Forum, runs with two sides to his business in Cambridgeshire, the conventional Burgess Farms and the organic RB Organic, both operating on seasonal rented land, growing potatoes, carrots, parsnips and onions.

“We operate largely in the unsubsidised sector so we watch with interest how the demise of BPS and the new ELM scheme will turn out,” he says.

“While we are confident that our model will not be hugely affected by the loss of BPS, coupled with the cheap food culture we have in the UK, I’m concerned that many medium and smaller family farms may be lost.

“With the money following environmental good practice we are really going to have to pay more attention to our natural footprints.

“Carbon, biodiversity, soil, water and air quality are going to be higher up the agenda and are already becoming a competitive arena among the retailers.”

"We want to influence the final shape of ELMs" 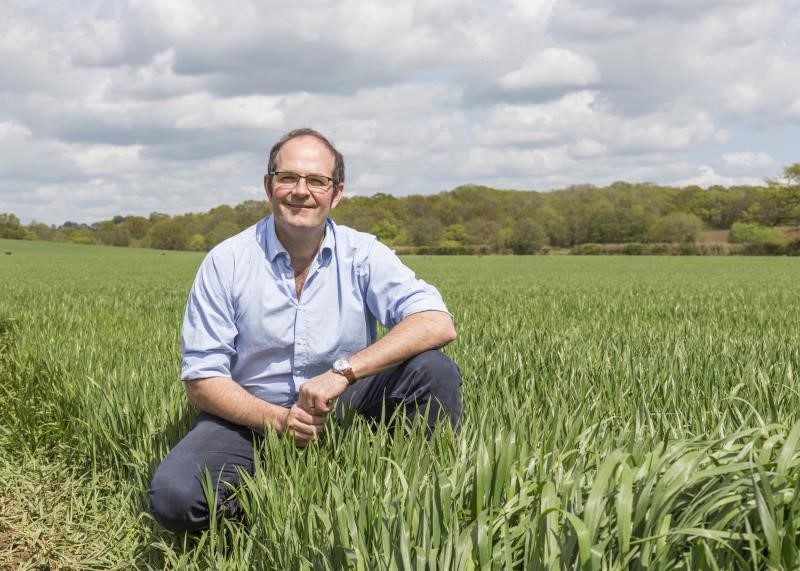 Essex arable farmer and contractor, and NFU Vice President, Tom Bradshaw sees himself as operating a system of “as little as possible but as much as necessary” meaning that, depending on soil type and condition, he’s open to using the full range of cultivations, from direct drilling through to ploughing.

He says: “I really hope that the new ELM scheme underpins truly sustainable food production across the farm and doesn’t just promote features around the boundary.

“Farming systems that store carbon, use a fully integrated pest management approach, and look to deliver clean water should be rewarded.

“We will be looking to enter our farm into the Sustainable Farming Incentive pilot so that we can really try and influence the final shape of the ELM scheme.”

There is still a lot of uncertainty about ELM and carbon and biodiversity markets, but now is the time for all farmers to start thinking through the threats and opportunities these create, getting ready to decide how to adapt - what to keep and what to change.

"There are real opportunities to work more closely with neighbours"

Public goods are already delivered through HLS and public access, but the commitment has stepped up. As a founder of WildEast he is committing to returning 20% of the farm to nature by 2050.

He says: “We have also created a 1000 acre ‘rewilding area’ around Fritton Lake, which removed 450 acres from the arable rotation – our lightest and least productive land.

“This is part of de-risking the phase-out of BPS. We are investing in producing planet-saving ‘wildstock’, reducing inputs and increasing tourism around rewilding.

“I think there are real opportunities to work more closely with neighbours. Somerleyton has capacity to take on some arable land without significant changes and we are exploring ways to share machinery for mutual benefit.”

Farming for food, the environment and education

NFU Hertford branch chair Catherine Smith runs what she describes as a ‘mixed, diverse, farm’ that she hopes is sustainable for future generations.

“We sell our own beef and lamb direct to the public, and added value products from our on-site butchery through farmers markets and and our farm shop. We have a farm park for visitors to enjoy the countryside and learn why we farm and how,” she says.

Looking forward she says: “We will farm the land to produce food but also to produce environmental benefits and public education about the countryside.”