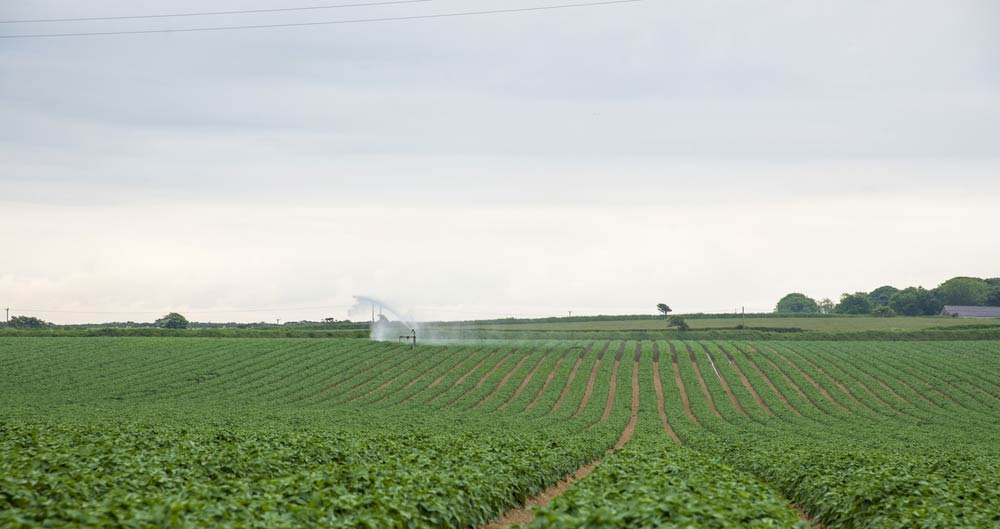 The Environment Agency has published its national ‘2020 irrigation prospects’ report for the most significant horticultural areas of England and, with the exception of some parts of East Anglia, described them as universally ‘good’.

‘Good’ status means that water levels are average or above average and supplies are expected to be safe. There is always a possibility of minor local controls on abstraction from surface water in late summer if the weather is exceptionally hot and dry.

The Environment Agency (EA) launched its report at an NFU meeting in Newmarket this week, attended by farmers from across East Anglia.

"With the agricultural sector currently coping with too much water as a result of widespread heavy rainfall, farmers will welcome early season indications of generally good water availability from both groundwater and surface water sources. However, weather patterns remain unpredictable and consistently low river flows led to a challenging irrigation season in 2019. With this in mind, farmers will undoubtedly continue to closely monitor weather and water availability as the year unfolds."

Download the Environment Agency's initial prospects for irrigation - forecast for 2020

The irrigation prospects for East Anglia are described as ‘good to moderate’.

The EA has warned that dry weather during spring could result in an early fall in river flows to ‘below normal’ levels in the Cam and Lark catchments of Cambridgeshire and Suffolk.

It is likely that local water management actions, using existing licence conditions, will be required in Fenland catchments during the irrigation season. Even in average conditions, any dry periods during the summer can result in some form of local water management actions, most likely in the Cambridgeshire Middle Level and South Level, Counter Drain and/or the Hundred Foot catchments.

East Anglian rivers from the Waveney in Norfolk to the Chelmer in Essex remain vulnerable to an extreme weather events and so ‘Section 57’ restrictions cannot be ruled out if needed to manage periods of elevated environmental stress, although the current risk of restrictions being imposed is very low.

In view of significant recent rainfall, groundwater levels in East Anglia are expected to recover to ‘normal’ or ‘near normal’ levels in most catchments. Higher risk catchments include the Gipping, Stour, Brett and Colne in Suffolk and Essex.

The EA will update its ‘2020 irrigation prospects’ during late April/early May.