The cost of rural theft in the East fell 20.5% to an estimated £6.4m in 2020 as COVID restrictions helped keep criminals out of the countryside, according to figures from leading rural insurer NFU Mutual.

In its Rural Crime Report, published on Tuesday 3 August, NFU Mutual reveals that rural theft cost the whole of the UK an estimated £43.3m in 2020, a fall of 20.3% on the previous year, making it the lowest annual cost recorded in five years.

Thieves got more ‘bang for their buck’ as they turned their focus onto smaller, high-value targets over the pandemic including farming Global Positioning Systems. Without GPS – an essential part of modern farming – harvests can be delayed, and some farmers left unable to work. NFU Mutual saw the UK-wide cost of claims for GPS almost double last year to £2.9m, as demand across the globe fuelled the crime wave.

Other rural crimes, including dog attacks on livestock and fly-tipping rose sharply across the UK.  The value of sheep and cattle attacked by dogs shot up by 10.2% in 2020 to £1.3m in a year which saw a surge in pet ownership and countryside visits. The situation continues to worsen as NFU Mutual claims data shows the cost of attacks rose 50% in the first quarter of 2021 compared to the same period last year.

Fly-tipping in fields, gateways and country lanes reached epidemic proportions as waste recycling centres restricted access, leaving farmers to deal with the clean-up and risks to their health and that of their livestock and the environment.

“While lockdown may have locked some criminals out of the countryside – rural crime hasn’t gone away. Thieves are now returning armed with new tactics and targets.  As the economic impact of the pandemic bites, we are very concerned that rural theft may escalate significantly.

"Last year saw sharp rises in other crimes such as dog attacks on livestock which caused appalling suffering to farm animals and huge anxiety for farmers and their families as they dealt with the aftermath."

“Organised criminal gangs also continued to target farmyards for high-value GPS systems, quad bikes and tractors with the UK cost of agricultural vehicle theft remaining at over £9million - only a 2% drop in cost from 2019." 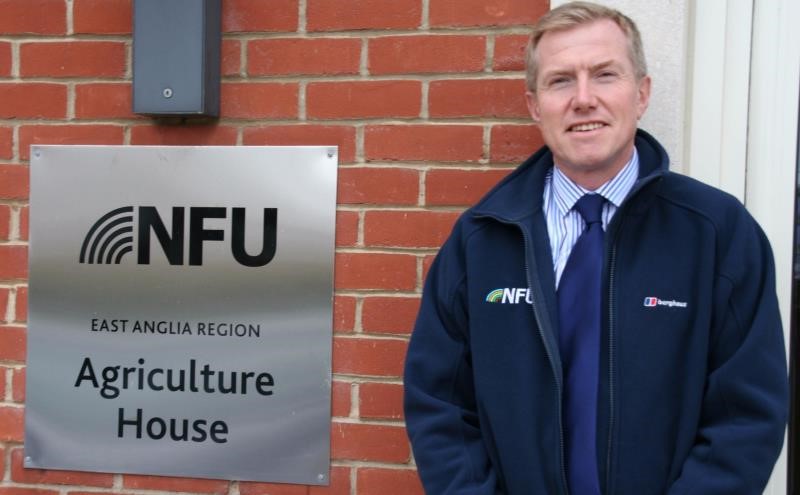 NFU Norfolk County Adviser John Newton said: “This reduction in rural thefts is good news for our farming businesses. Norfolk Police have put additional resources into tackling rural crime over the past year and have worked closely with the NFU and other rural partners. We can only hope this fall is the start of a trend, rather than a blip due to lockdown.

“However, rural crime remains a serious concern for Norfolk farm businesses and we are seeing an increase in other crime, including fly tipping. The NFU’s own rural crime survey, published in April, showed that 67% of respondents from East Anglia had suffered from hare coursing and 62% from fly tipping over the previous year.