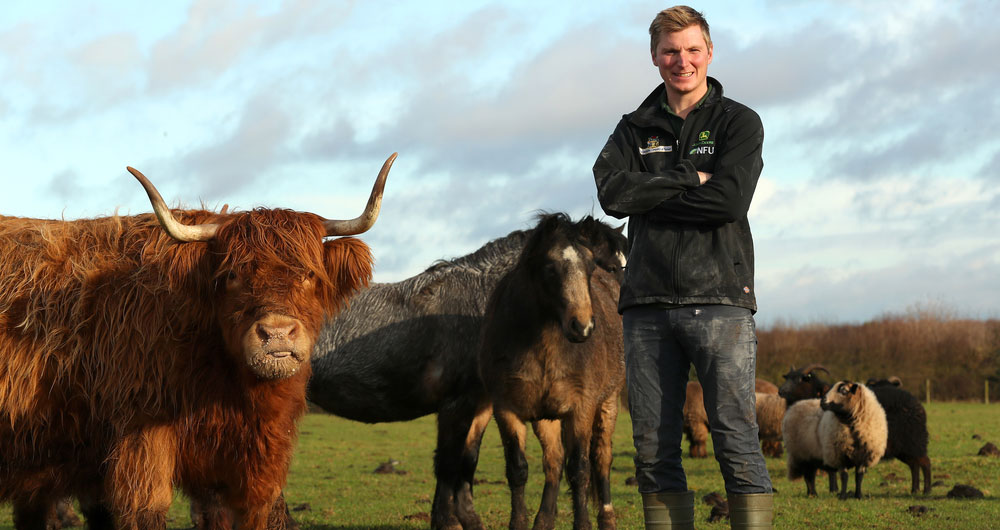 Richard Bower manages Lower Drayton Farm in Staffordshire, where he and his father manage beef cattle and grow cereals. The farm is open for various public events in a bid to promote the importance of British food. Here he explains why the NFU's General Election manifesto ask to secure a long-term government food strategy is vital:

He said: “I’ve done a lot of work with the Love British Food campaign that includes celebrity chefs. They had some chefs cook a meal in the hospital using just British ingredients that cost the same as it was for the NHS to serve their meal.

“In this country, we also have a massive focus on climate change. We’re efficient. Our farms are large scale but we’re efficient and we use resources well, all the rain helps grass and crops to grow.

“If we get the schools more involved, it can also be provide education opportunities. The NFU is doing a great job in that department, and it’s very rewarding speaking to schools. It’s amazing the things we as farmers take for granted, because people would love to learn more about what we do.

"On our farm, we open it up to pumpkin picking and potato picking. We often hear from the children about how tasty they are. Well, the reason British food is so tasty is because it hasn’t travelled thousands of miles.

“We’re a commodity producer, so our wheat will go into a grain merchant, but the supply chain is massive beast. We need to build relationships and have an integrated supply chain. I am part of steering group with our local abattoir that learns about what works best and how to improve our produce. It helps builds good relationships.”

Speaking on @bbcmtd yesterday @NFUStaffs county chairman @rich_bower highlighted how farmers care for the countryside and engage with the public. Catch-up (from 3 mins 55 secs) https://t.co/OnQEF9FW6k pic.twitter.com/pLKQ8B8kTX