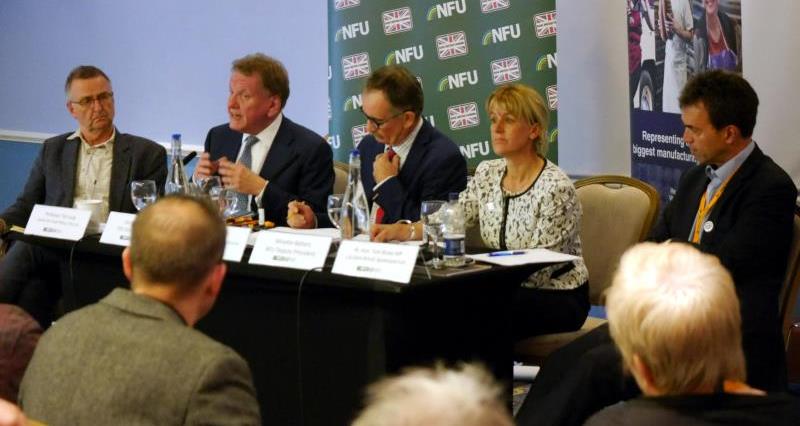 The first of this season's party conference fringe events co-hosted by the NFU and the Food and Drink Federation was attended by 80 people at the Liberal Democrat conference in Bournemouth. Key issues discussed included food security and access to labour post-Brexit.

The event was one of the most high profile and well-attended fringe events at the conference, and generated a good deal of interest on social media, with one attendee tweeting that the panel was the best event of the Lib Dem conference.

The NFU's external affairs manager Rocky Lorusso reports from the event which debated 'What next for food and farming after Brexit?'

A wide range of important issues facing food and farming were covered, chief among them concerns over the industry’s continued access to labour in a post-Brexit world. 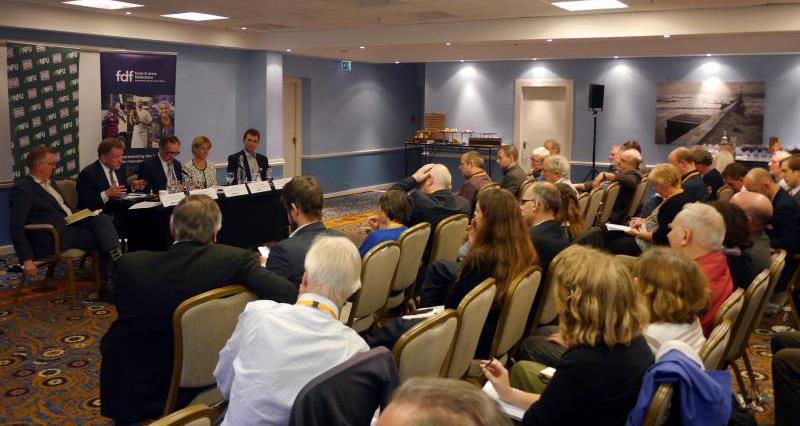 Mr Brake talked about his concern that farming would struggle to make a success of Brexit due to recruitment difficulties, with the sector being forced to compete against other sectors, such as construction and nursing, for a shrinking pool of labour. He was also worried about the impact of potentially falling back on WTO tariffs and the effect this could have on trade. Mr Brake was critical of the government for the current uncertainty facing business, including farming. He complained that, despite seeming to listen to others, there’s no evidence of any action being taken on key issues such as labour and trade.

Ms Batters was questioned about a wide range of issues, including labour needs, responding that in a country with less than 4.5% unemployment, access to overseas labour will be needed to drive future economic growth. She spoke about Europe being a key market for UK produce, and therefore the crucial need for a transition period and a subsequent trade deal with Europe. 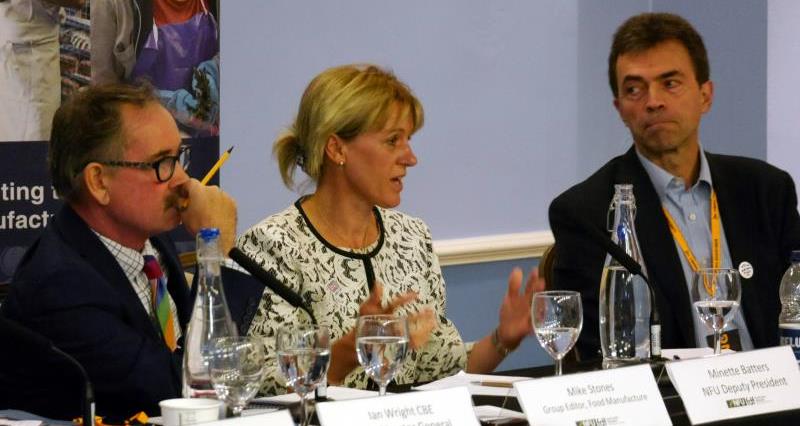 Minette also talked about the pride British farmers have in their high standards of animal welfare and farming practices and the current low price of food and that keeping it affordable must be a priority for the government, but that a national food policy is needed to deliver this. She also talked about the need to appreciate the work that farmers do, adding that when people visit some of the UK's beautiful countryside they should remember that without farmers it wouldn't be there.

Mr Wright spoke about food security as the most important factor for any government, saying ‘If you cannot feed a country, you haven't got a country'. He also said that consumers are right to be concerned about food standards, and that the UK’s high standards need to be protected. He also used a fascinating statistic during the debate, to illustrate how food manufacturing is crucial to the economy right across the country: Westminster is the only constituency in the UK without a food manufacturing site of more than 50 people.

"If you cannot feed a country, you haven't got a country." Ian Wright, director general, FDF

Professor Lang provided an insightful and entertaining analysis of the sector’s prospects, albeit with a focus on what he believe are its ‘dire’ prospects, particularly around long-term recruitment challenges. However, when asked about how smaller farmers will cope with Brexit he said that history shows that small family farmers survive against the odds, but noted that many are struggling financially and that their rising average age is a worry. He reiterated a number of times that the UK needs to stop firefighting over Brexit and take a more strategic look at 'What's a good food system for 2030?', arguing that we’re wasting time on Brexit which is a distraction.

Overall, the panel were broadly agreed about the need for a national food policy to deliver for the long-term. We’re now looking forward to our next panel event on this topic with FDF at the Labour conference in Brighton next week.

NFU members: find out how you can attend the upcoming NFU/FDF Labour and Conservative party conference fringe events.