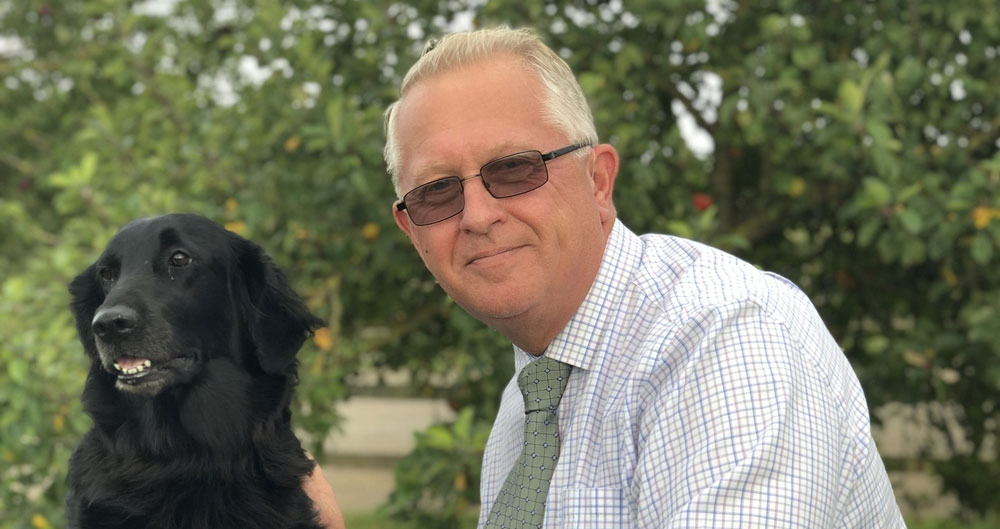 A group secretary well known to all Ryedale farmers has finally retired from the NFU – an organisation he was first introduced to as a child by his uncle – after 37 years of service.

Geoff Todd, pictured here with his dog Ebony, said the decision was extremely difficult as he's spent nearly all his working life building up the business with different colleagues along the way.

“I'm immensely proud of farming in our part of the world," he said. "The local farmers are tremendous and I have thoroughly enjoyed the challenge of bringing everyone together and hopefully putting the NFU at the heart of the farming community.”

Brought up in a local farming family, Geoff began his career training to be a grain trader, but jumped at the chance of joining the Malton office when the opportunity arose, in November 1982.

The Malton and Kirkbymoorside offices merged in 2003 and in 2005, the new joint office in Pickering opened.

In his time with the NFU, he says the group secretary role and NFU Mutual insurance business have changed massively but at its heart, the job is still about working to help farmers build successful and sustainable businesses.

He hopes to enjoy his retirement spending more time with family and his new grandson, Edward.