The NFU will launch farming’s most significant consultation over the impact of Brexit on agriculture and what a domestic farming policy should look like in the future outside the EU.

As NFU Cumbria County Chairman, David Raine, of Old Parks in Kirkoswald, attended the organisation’s extraordinary council meeting where the NFU President Meurig Raymond said the Government must not ignore the economic importance of the farming sector – it’s the bedrock of the UK’s largest manufacturing industry, food and drink, which is worth £108billion. This industry employs 3.9million people.

Mr Raine said: “Politicians now have a responsibility to protect agriculture. They need to listen to farmers so we can all create a sound agricultural policy that ultimately produces Great British food that consumers have come to expect. Farmers need access to as many markets as possible in order to build a future that the next generation can build stable and profitable businesses in. 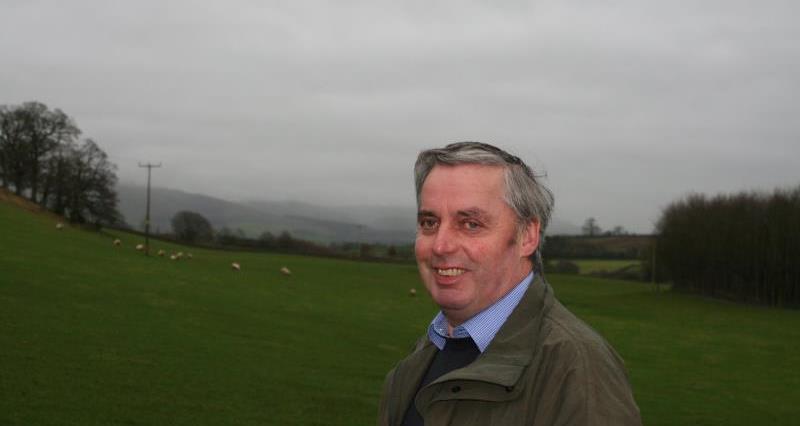 “I think it’s useful that we currently have a period of reflection on both sides. European leaders need to digest what has happened and take a pragmatic view of how to move forward. The complexity of negotiations should not be under estimated for agriculture in particular, although this is also true for many other industries. It’s important our politicians don’t disenfranchise those who voted to remain within the EU and those who did not vote at all. We need to find a way that brings all sides of the debate together for the common good.”

At the recent Skelton Show, David spent time with Penrith and The Border MP Rory Stewart, explaining that although there are lots of uncertainties for farming – trade agreements, labour, financial support, legislation are all up in the air – the NFU is committed to providing this industry with leadership. Mr Raine intends to meet more of the county’s MPs during this and next month.

NFU President, Meurig Raymond, said: “NFU Council has agreed the principles of a domestic farming policy which will now form the basis of the biggest farming consultation in England and Wales for a generation. I urge all NFU members to get involved over the coming months and that non-members should join the NFU to ensure their voice is heard. With this consultation, we can be sure that the policy we push for will have the backing of the farming sector at large.

* We must get the best possible access to markets in the rest of Europe. Although we will not be a member of the EU, it will still be our major trading partner for the foreseeable future.

* Currently we benefit from more than 50 trade agreements with countries in the
rest of the world. We will continue to need these kind of arrangements in future, whether this means negotiating new deals or not.

* A key question we had to the Leave camp, and on which we never received a clear answer, was what kind of access would an independent UK give to imports from the rest of the world? Our requirement is that we are not open to imports which are produced to lower standards.

* During the referendum we have repeatedly drawn attention to our sector’s need for access to migrant labour, both seasonal and full-time. Outside the EU we will need some kind of student agricultural workers scheme, which is open to students from around the world.

* Leaving the EU gives us the opportunity to build a new domestic agricultural policy which is adapted to our needs, easy to understand and simple to administer. We will be looking for guarantees that the support given to our farmers is on a par with that given to farmers in the EU, who will still be our principal competitors.

* We will want to see a rural development policy which focuses on enhancing our competitiveness. Britain has been a pioneer in agri-environmental schemes, but these are currently running out of steam- in part because of over prescriptive EU rules. We must take this opportunity to devise better schemes.

* If there was one message which came over loud and clear in all our farmer meetings it was frustration with European regulation and its handling of product approvals, due to an over-politicised approach and excessive use of the precautionary principle. We now have a golden opportunity to ensure our arrangements are in future proportionate and based on sound science.