When our boys were aged eight and six, we went on holiday to a cottage where there was a large pond.

The boys loved watching the tadpoles and fish and when we returned, we promised we would build one of our own. They set about designing grand plans for it but, somehow, we never quite got round to building one.

It’s something they never forgot and was yet another example of where, in their eyes, we’d failed as parents because we’d promised to do something and never delivered. Even now they’re adults, we only have to say ‘yes, we’ll look at getting a new tractor next year’ and they’ll go ‘will that be like the pond you promised?’ 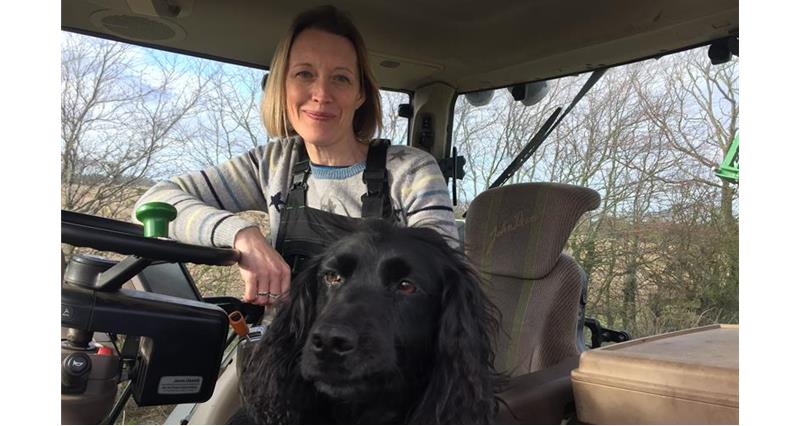 It seems like during the last couple of months I have been writing to our local MP on an almost fortnightly basis about issues from sky lanterns to the Agriculture Bill. In fact, in the last letter I started by apologising for having to write to her once again. I may not have seen eye to eye with her on many issues, but one thing that can be said is that she doesn’t always tow the party line and tends to vote in accordance with the best interest of her constituents.

Of course, the only way she knows how her constituents feel is by them contacting her, which is why it’s so important to maintain a regular contact with your MP. Although perhaps once a fortnight may be seen as a bit excessive.

The recent rejection of the amendment put forward to the Agriculture Bill, which would have protected our industry from imports produced to lower welfare and production standards, has really highlighted just how our futures are dependent upon supportive MPs in Parliament.

I saw many comments on social media about how people had contacted their MPs who said they supported the amendment and then consequently voted against it.

Whilst incredibly disappointing this does not mean you should give up contacting them. In fact, it’s probably even more important than ever that the pressure is kept on and they are held to account by their constituents if they have said one thing and then done another.

The more people that write to them about an issue, the more they are likely to take notice and therefore more likely to carefully consider how they vote, or at least put pressure on those guiding the policy.

There are, of course, many other things that we need to do as well to promote the fantastic food our Lancashire farmers and growers have to offer, especially as we are one of the few counties that produces every range of food we need to feed ourselves and many members are doing sterling work to promote this,  but we should not underestimate the importance of lobbying those in Government.

The email tool the NFU circulates to enable you to send a letter to your MP on a particular issue is invaluable, quick and very easy to use.  Even if the issue doesn’t affect you directly, you can always amend the email to suit your business and help support raising the profile of issues affecting colleagues in other sectors.

As we move forward, in what looks set to be a turbulent few years, it’s vital that we keep the pressure on those who oversee our futures.

The other weekend, after many, many years of failed promises and regular reminders we finally did something about the pond and created one at the bottom of the paddock and it already has two ducks in residence.

With that achieved I just hope our now adult sons don’t remember that we once promised to take them to Legoland.