In mid-June, the Australia deal was creating a lot of interest, and in some ways for good reason, but whilst we have been distracted by this and the agricultural transition plan, a larger and more concerning situation is looming.

I had a phone call from a friend who is a co-owner in West Scottish Lamb at Carlisle abattoir.

He explained the problem he is currently facing is that following Brexit and the Covid-19 travel restrictions, he has a staff shortage of 20%. 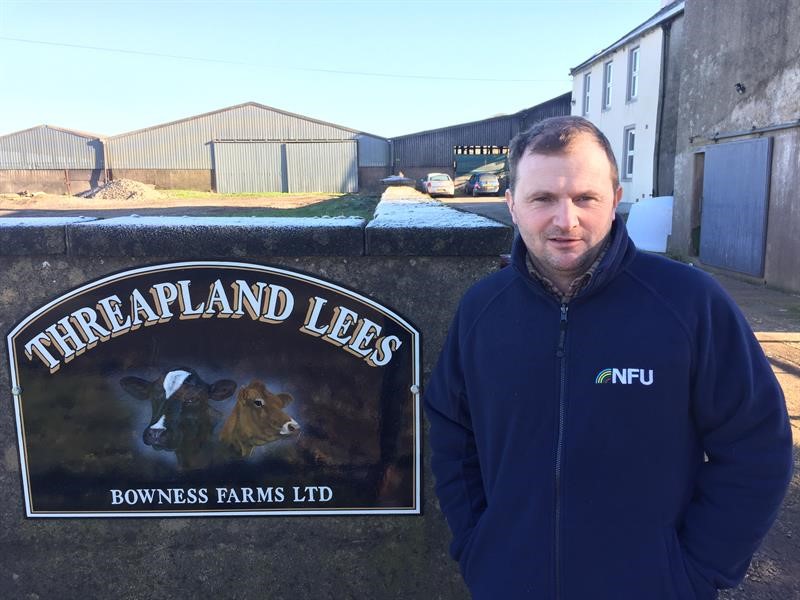 On the face of it 20% doesn’t sound too bad until you put it into context of throughput. At peak, if they could slaughter 15,000 a week, with the current staffing levels that will be down to below 10,000.

Okay you may say, that’s just Carlisle abattoir, but it’s not, this is across the whole industry and when you throw in the problem of having to shut parts of plants down due to Covid outbreaks, then it is bordering on a disaster.

Without slaughtering capacity what do you think we are going to do with all the stock? Live export is not an option any longer. So, what are they going to do?

I suggested they could automate more, to which his reply can’t be printed. This isn’t a job that can be fully automated – and anything that can be done mechanically has.

If you have ever been in a slaughter house, you will know the snowflakes that are floating around now aren’t going to fill the jobs.

I can assure you we are going to do our best to rattle cages at all levels on this issue, otherwise Australian beef will be filling supermarket shelves because we cannot.

I had a meeting with two people from the National Trust and Lake District National Park.

We had a long discussion about the lack of investment in the farming estate and their lack of money, in part caused by Covid annihilating their income.

We also discussed the future vision for the Lakes and the never-ending push to reduce stocking rates, which is based on flawed science and is going to create a massive fire risk with all the un-grazed vegetation.

They’ll end up with a landscape which is greatly altered if they proceed to plant trees over parts of it.

They were concerned about the number of tenants that would take up the lump sum exit scheme and having vacant farms.

I pointed out that if they don’t start to sort out the problem of lack of parking for the sheer number of visitors (which we did discuss early last year, and they have done virtually nothing about) then the farmers in the Lakes who face the impossible task of trying to farm in amongst all those people may well just pack up and move somewhere else.

Out on the farm it’s been a strange spring weather wise, proving no two years are alike.

First cut silage has given some large crops and quality should be good. This will be needed to keep feed costs under control.

In an effort to reduce reliance on bought-in protein, we have direct drilled some beans which after a shaky start are starting to look quite good.

On a hot summer day, when in full flower, they are absolutely buzzing with bees. Ask me about them in November and I might not be as impressed.

The wheats are picture perfect and will be combined and treated. Having spent the past couple of years buying straw in, I hope we can get back to a point of being a bit more self-sufficient, having just paid £135 a ton for a wagon load. I can tell you it smarts a bit.

I got chance of some material to repair farm tracks with and so we set to work bringing it back to farm with a couple of dump trailers.

I don’t normally travel on the A595 on a tractor and having spent a couple of days on that job I am glad I don’t.

The standard of driving is shocking. From the people who can’t overtake to those that then come from ten cars back in a fit of rage.

Locally they have plans for a new road scheme and this involves some of our land. On a very cold day when we stood and discussed this on site, the developers proceeded to tell me it’s because slow moving vehicles are holding the traffic up and they need to get to Carlisle five minutes quicker.

I told them this was rubbish and that if they made more pulling in places where horrible farmers could get off the road safely, then it would cost a fraction of what they are proposing to spend.

In the end we agreed to differ.