Popular Chorley NFU Group Secretary Jackie Doran has decided to leave the NFU after 21 and a half years of dedicated service.

Jackie, 53, says Covid-19 has given her time to re-evaluate important aspects of her life.

She says: “My son Will is about to turn 16 and is leaving school to begin an apprenticeship in precision engineering. It’s inspired me to take stock and I’ve decided I want to be around home more to support him at the beginning of his career. 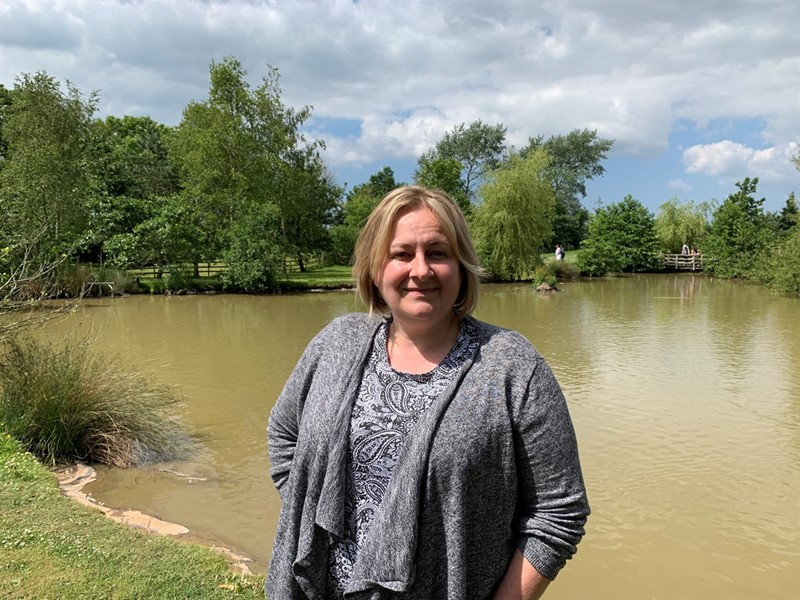 “Obviously, my long-term business partner Stephen Fawcett retired recently so it seemed like a time for new beginnings.

“I will miss my members but hope to bump into everyone regularly as I’m still part of the Chorley community living in Euxton and whatever happens to me career wise, I’d like to think my next job will be in the farming industry.”

Jackie began her career at the NFU on the 10th of January 2000. She joined Alan Parker in the old office on St George’s Street and has remained with the Chorley group ever since, overseeing its move to Ackhurst Business Park.

She came to the business from feed company Dalgety Agriculture and prior to that had been shepherding in Brindle, North Wales, and Norfolk.

“I used to keep my own sheep and would have continued if it had of been feasible but unfortunately FMD struck so I decided to sell the flock. A couple of years later Will came along so I never had the time to go back to sheep farming,” adds Jackie.

Jackie looked after 168 NFU members in Chorley and says it’s them who made the job special.

Jackie says: “It’s nice to be welcomed back into the homes of members year after year with a tea or coffee always on offer. Granted, you have to earn your seat at the table, and you cannot sit on your laurels, but the loyalty thereafter is second to none.”

As recruitment for replacements for both Jackie and Stephen at NFU Chorley continue, we’d ask NFU Chorley members with farming related queries to please call NFU Lancashire County Adviser Liz Berry on 07831 589 810 or CallFirst on 0370 845 8458 in the first instance.