James Airey will combine his love of both farming and politics when he joins the NFU North West team as a county adviser in Cumbria alongside Helen Forrester. 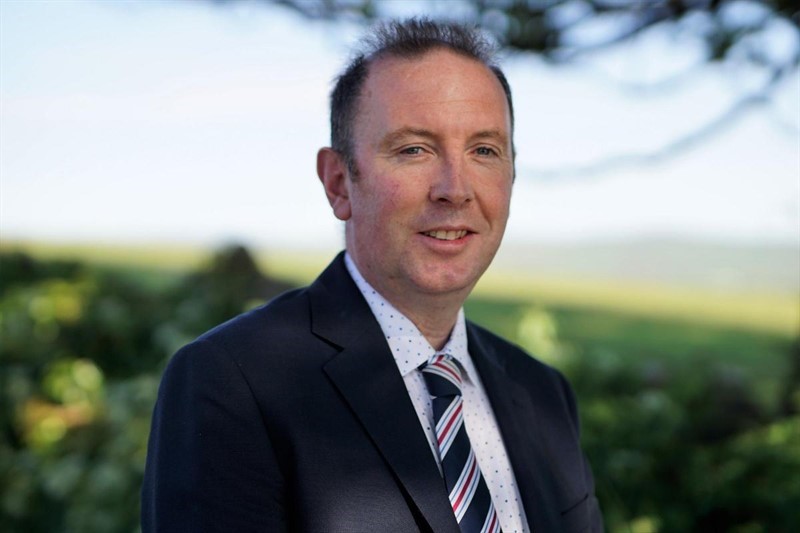 However, his farming pedigree dates back further than his political career. Before entering local politics, James was a partner in his family’s mixed farm in Kirkby Lonsdale for twenty years, looking after the sheep while his brother John concentrated on the dairy side of the business.

His entrance into politics coincided with a move to Little Urswick near Ulverston with wife Caroline. They still live in the village today with son Owen. They have a 70 acre small holding where they farm a flock of pedigree Suffolk sheep, a breed James has been involved with for 35 years. The family have had many successes around the agricultural show circuit, winning many championships and prizes as far a field as the Great Yorkshire Show.

The couple also have pedigree Texels and a small commercial flock for the early lamb market.

James said: “I am ready for a change and a fresh challenge. I’ve wanted to get back to my farming roots for a while and I consider myself very fortunate that this opportunity presented itself at a time of seismic challenges and unprecedented support for the industry.

“I enjoy helping fellow farmers so being able to do that professionally on behalf of the NFU is something I’m relishing.”

James is a past chairman of Cumbria YFC and was a member of the Lunesdale branch which is unfortunately no longer in existence.

NFU Cumbria County Chairman Ian Bowness said: “James is very experienced and from his work as a councillor brings with him a wealth of knowledge and connections from other important parts of Cumbrian life which will be invaluable. He has an extensive rural knowledge and will be a great asset for the team.”