December marks the retirement of NFU Carlisle Group Secretary Keith Twentyman. Here, in his own words, he looks back on a successful career which began 41 years ago in 1979.

Back in 1979 my headmaster at Penrith Queen Elizabeth Grammar School (QEGS) suggested I went for a chat with the branch manager at NFU Mutual in Penrith who were looking to appoint a professional trainee.

An interview followed and it was soon decided that university for me would be wasted playing rugby and cricket for 12 months of the year, so my career with NFU and NFU Mutual began. 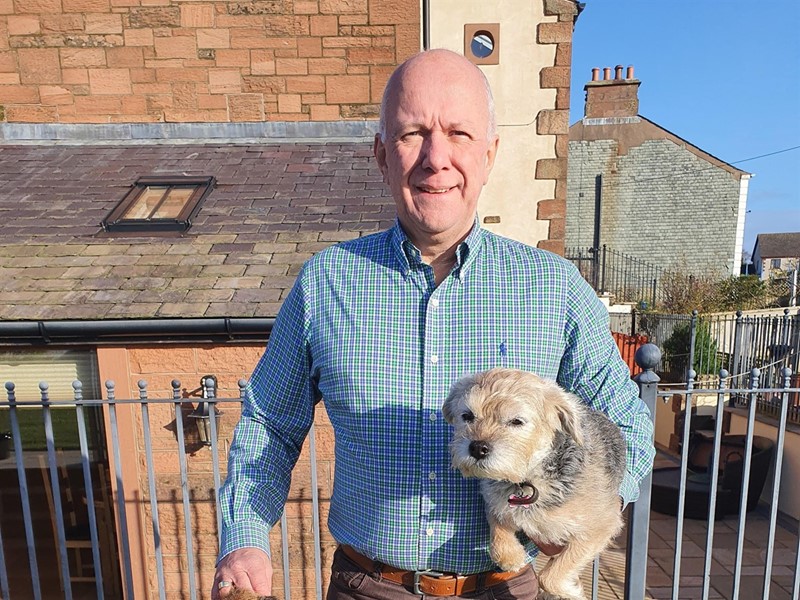 After eight enjoyable years in the Penrith office, where we had a very competitive 5 a side football team,  I was extremely grateful to the Carlisle Group Secretaries, Nick Utting and Bill Coulthard, who offered me a position in the Carlisle and Wigton/Solway office.

Two years later, upon the retirement of Ivor Jones, we incorporated the Brampton, Longtown and North Cumberland Border NFU branches into the group and I was appointed as a fully fledged NFU Secretary and NFU Mutual Agent.

Along with Nick and Bill, Christine Waugh and Carol Robinson were the other staff members in the new group of five NFU branches and a growing NFU Mutual insurance agency.

The NFU in Cumbria has always been very strong and the Group Secretary network is no exception to this day, where colleagues will always look out for each other.

Nick and Bill taught me very well in the art of cheque extraction from farmers and I was privileged to have colleagues such as John Lancaster, Peter Dowling, Alan Kitching, Richard Utting and Ron Mellor to name a few.

Over the years the NFU work increased and the insurance agency continued to grow, meaning further expansion of the team in Carlisle. Fortunately, extra office space became available at just the right time, meaning the original three rooms we occupied soon became half of the ground floor in Bute House.

When I started at Carlisle, milk quotas were still the big discussion item, having been introduced a few years earlier. However, there were many other items which lead to some late but very interesting nights at branch meetings.

Tradition was also important and at North Cumberland Branch the meeting before Christmas always concluded with seasonal tunes on the fiddle from Mr Moscrop.

Our annual supper dances were also popular for a few years, and even survived after the year when the band failed to appear.

I feel extremely lucky to have held the position of NFU Group Secretary for the past 31 years and I am grateful to the two groups of people who have made it such a pleasure.

First, my members and clients without whom neither the NFU nor NFU Mutual would operate so successfully, and secondly the many colleagues I have worked with at Penrith and Carlisle – it has been a joy.