Expansion and growth are the primary goals of the newly merged teams of NFU Preston and Blackburn.

Following two years of increased collaboration between the two NFU businesses, a decision to make the partnership official has been made and now group secretaries Jo Oliver, Nick Murphy, Adam Lovelock and Operation Partner Jess Rigby will lead a team of 15 staff who’ll look after a geographic patch containing every single agricultural commodity there is.

In the short term, NFU members of both Preston and Blackburn will see no real material changes. Preston’s offices at Riversway Business Village will remain, as will Blackburn’s new office on Longsight Road in Clayton-Le-Dale. Both business telephone numbers will also stay the same. 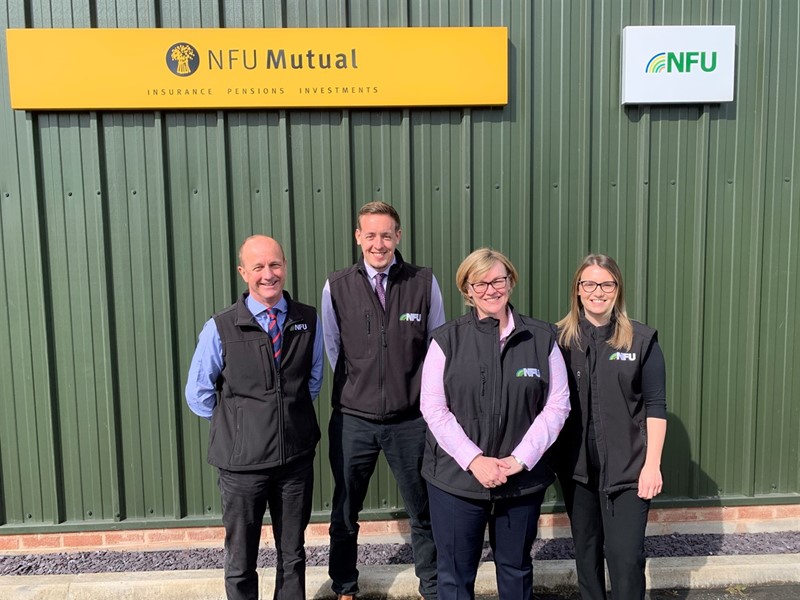 Jo Oliver said: “Make no mistake this is all about expanding and growing not consolidation. We are looking for keen people to join our new team as we are short of up-and-coming young people with skills in agriculture. If you’re a recently graduated agriculture student or young farmer then we want to hear from you.”

Nick Murphy added: “Our new enlarged group looks after the interests of the full food chain. Every commodity and a large chunk of the processing sector. Our clients and members could easily supply every part of your Sunday Roast and English Breakfast.

“For that reason, we are going to divide up the commodities between us so that one person leads and specialises in a specific area of agriculture and horticulture.

“Having a larger team will mean more staff to service our busy in-trays which in turn will allow us as group secretaries to narrow our focus and do what we do best – get our boots muddy while talking to members out on their farms.”

This certainly was the case for Blackburn and Preston meaning the group secretaries were already working together to organise joint lobbying meetings.

The same can be said for the agricultural shows. A regular exhibitor at Chipping Show, Nick would often field queries from Preston members and at Great Eccleston Show Jo and Adam would do vice-versa.

“I don’t believe there is another NFU group office in the country with the diversity of farming businesses we now have. For Jo and me it feels like returning home. I’m originally from Wales and Jo is from Northumberland. We’ve missed the uplands, but we’ve now added the hills to our portfolio.”