There’s nothing quite like the feeling of receiving a hand-written letter in the post. However, the tradition seems to have dwindled thanks to the technology revolution, leaving us all with inboxes full of unread emails instead. 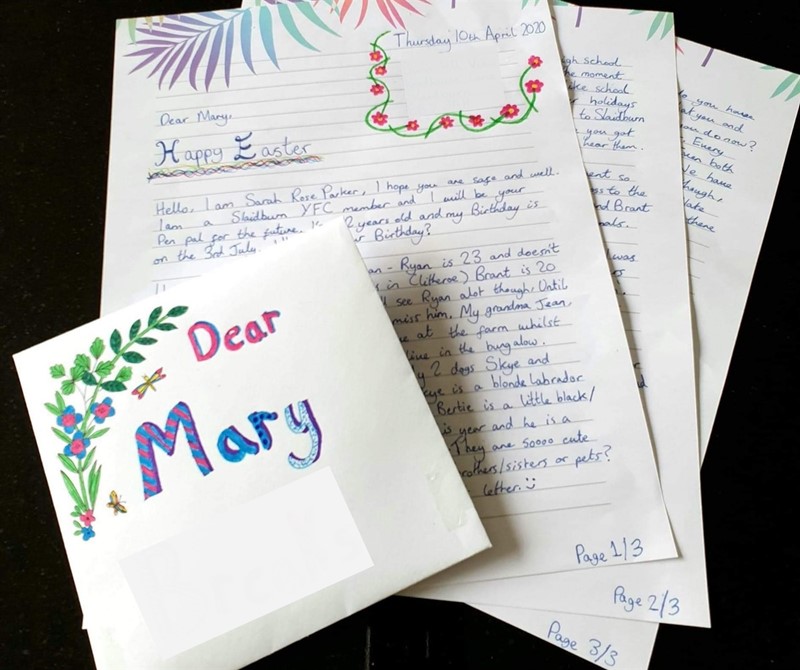 But Slaidburn Young Farmers Club in Lancashire decided to reignite the forgotten art of letter writing to help their local community through lockdown in a way which hadn’t already been covered.

While lockdown left a high proportion of society feeling lost and isolated, many of us were still able to use social media, video calls and other forms of technology to keep in touch with those we couldn’t physically see.

However, the elderly, or those unable to connect to the internet or access social media did not have this benefit, and therefore were left without the social contact of friends and family for quite some time.

To bridge this gap, Emma Parker, chairman of Slaidburn YFC set up a pen pal scheme to connect the elderly of the Hodder Valley to Young Farmers’ members.

Emma said: “When lockdown was first announced in March, we wanted to help out in the local community, but the obvious ways, such as collecting shopping and prescriptions, were already covered.

“I wanted to make it clear that the biggest way Slaidburn YFC could help out with the pandemic was continuing to stay apart, so we wanted to think of something that could help but not involve any contact with anyone. So, the Pen Pal scheme was made!”

The top table team created flyers and posted them through the doors of people in the Hodder Valley, as well as putting posters up around the villages, asking people if they would like to get involved. Once a group of YFC members wanting to take part were collated, they were randomly assigned a Hodder Valley pen pal.

Emma continued: “We wanted to keep older, socially isolated, and lonely people in the Hodder Valley company through the extremely strange and unusual few months. 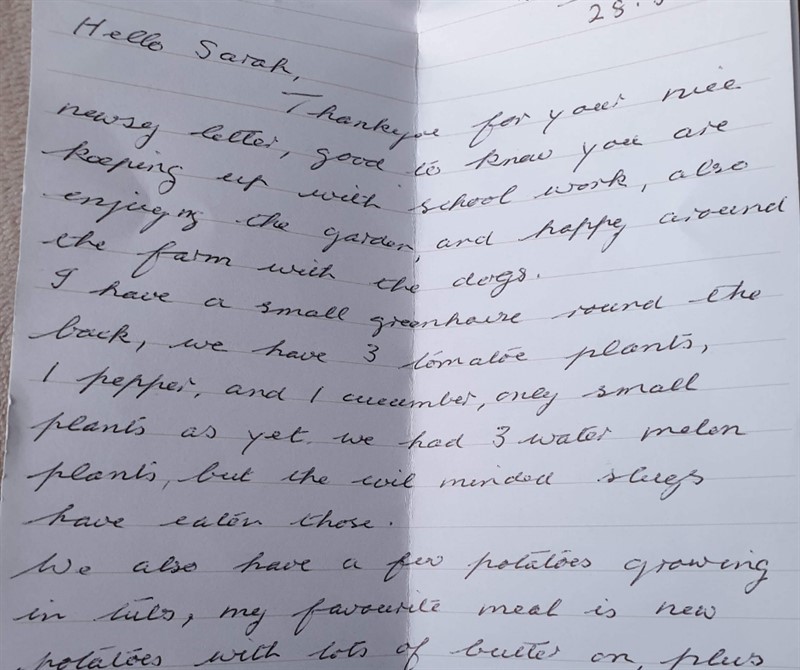 “I pulled together packs for the members, telling them a little about their pen pal, their interests and a copy of the Slaidburn YFC newsletter to send with their first letter.

“From there the pen pals have been left to their own devices and they have been able to write to their pen pal as much as they like.”

Senior YFC member, Erica Sowerbutts joined in the scheme from the start and said having a local pen pal made her ‘feel more connected with the outside world’.

Erica said: “When I heard that Slaidburn Young Farmers were writing pen pal letters to members of the local community, I was keen to get involved.

“I think there’s something special about receiving a handwritten note and this has been especially true in lockdown. From the very first letter exchange, it definitely helped me feel more connected with the outside world in these strange times and I hope it helped my pen pal in this way too.”

It wasn’t just the older members of the club which put pen to paper for the greater good. Junior members also got involved, putting their artistic and crafty skills learnt within Young Farmers to good use!

One junior member, Sarah Parker, got particularly involved with the scheme, decorating her letters, and even baking a date and ginger cake and ginger biscuits for her pen pal!

The power of writing

Having social contact is important to keep your spirits up; to share a story, or an issue you may be having. To those members taking time out to write letters, they were not just helping those who received their handwritten notes, but in doing so, were also helping themselves.

NHS evidence suggests giving your time to help other people could be as valuable to you as the person you support.

It's likely to boost your self-esteem and sense of purpose. And helping others takes your mind off your own problems for a while.

New research by leading UK charities Action for Children and The Prince’s Trust, in partnership with Royal Mail, found that despite today’s overload of social media and digital platforms, over a third of children and young people aged 11 to 21 years, explore their thoughts and feelings by putting pen to paper or engage in creative writing to help manage and support their own mental health.

Emma found this particularly important when setting up the scheme, knowing how difficult this huge change would be for children having to miss out on school and seeing their friends and teachers.

“Lockdown affected all of us, and while the scheme was set up to help the elderly, I found the members were benefitting as much from sending their letters, as their pen pals were receiving them.

”Not everyone has access to the internet, not everyone can FaceTime or can virtually see their friends and families.

“Even though I'm only 22 years old, there's nothing nicer than receiving a hand-written letter. When I was at university, I always used to send my grandma handwritten letters just because it's nice to receive one through the post."