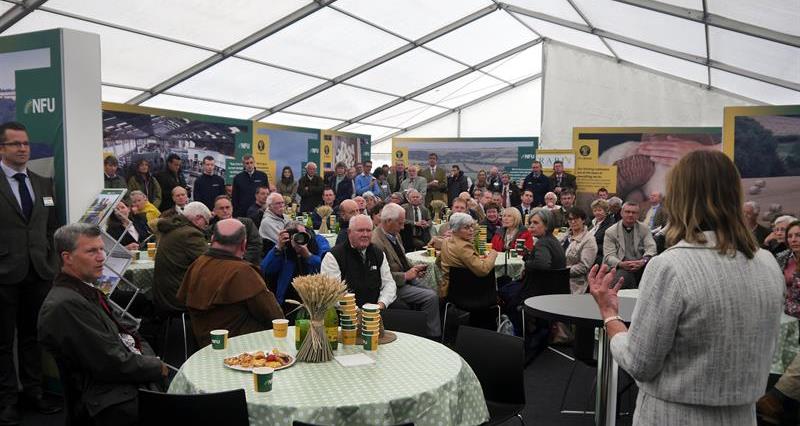 NFU President Minette Batters told farmers at this year's Three Counties Show that although the industry was facing a time of “seismic, unprecedented change” the Union would continue to fight for an orderly Brexit and champion high welfare British food standards.

A packed marquee heard that the work continued on all fronts including on labour, farming’s environmental credentials and trade issues.

“The country is divided about what the future holds. We are an apolitical organisation, but we are saying that we need to do what is right for British agriculture and horticulture,” she said.

“We will keep fighting on no deal and we will do everything we can to ensure we have an orderly departure from the EU.”

Farmers heard that the NFU would continue to make the case for maintaining ‘food values’ when it came to trade deals, as other countries had lower standards and farming systems that would be illegal if adopted in the UK.

“This argument is not just about food safety, it is about how we produce food and the values that are reflected in that,” said Mrs Batters.

“Our future agriculture policy is the opportunity of a lifetime. Food production must be on the face of the Agriculture Bill and standards must be kept high.”