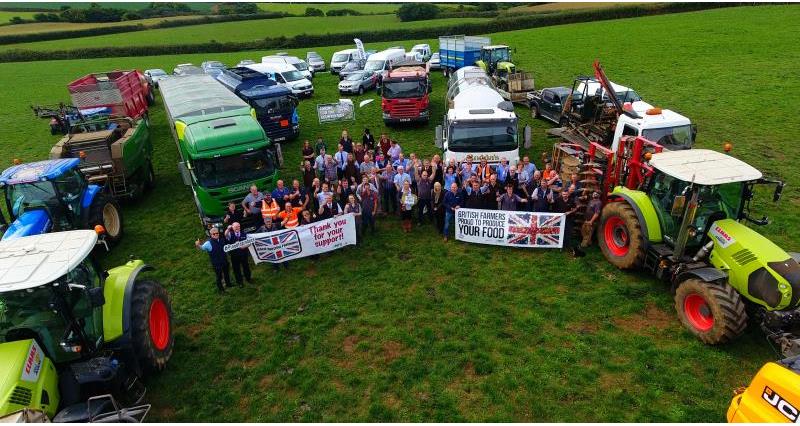 Cornwall NFU chairman Roger Jenkin helped celebrate Back British Farming Day in style by arranging for as many of his suppliers as possible to come to his dairy farm at Manaccan, on the Lizard Peninsula in West Cornwall.

More than 50 suppliers – employing nearly 3,000 people between them – were represented. They gathered in a field along with their vehicles, forming an impressive display.

Keen drone pilot Harry Chilcott, the son of a local agricultural contractor, gathered a selection of aerial footage which was edited into a short video at the South West regional office. This had its world premiere on Back British Farming Day itself when it was shown to Cornwall councillors who attended a briefing about the value of agriculture to the county.

The supplier event was covered by BBC Radio Cornwall, which broadcast live from the farm throughout the morning, and a photographer from the Falmouth Packet also attended.
You can see the video at http://bit.ly/2OsWZcV.