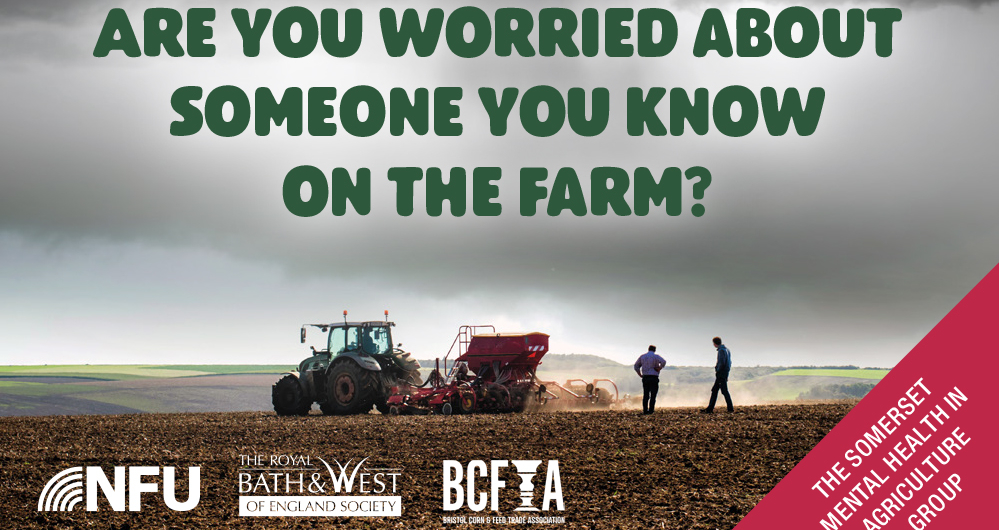 Somerset Mental Health in Agriculture Group has developed an easy-to-read, pocket-sized flyer that sets out some of the symptoms of mental health problems and what to look out for in a family member, colleague or friend.

It also contains information about who can help, including the Farming Community Network (FCN), Royal Agricultural Benevolent Institution (RABI) and the Samaritans.

The cards will be distributed by the group’s stakeholders and through accountants, livestock auctioneers and agriculture merchants, as well as the memberships of the NFU, the Royal Bath & West Society and the Bristol Corn & Feed Trade Association, each of which has made a financial contribution.

An online version of the flyer has also been developed that will be sent out through a range of social media outlets and e-newsletters.

Becky Wright, who started the group following a similar project that she developed for the construction industry, said: “Farming is one of the loneliest industries in which to work. With the added financial and political challenges, most of which cannot be influenced by the farmer, it is no wonder that the industry experiences one of the highest levels of poor mental health.

“We hope that this project, and others that will follow, will provide some tools to support those closest to the troubled farmers to seek the right help and guidance.”

One of the group’s members, NFU Somerset county adviser, Lydia Cox commented: “We need to get the messages out as far and as wide as we can, so while I can get the information out to our NFU members, we are looking for anyone or any other organisation who has access to the farming community to get in touch with us, to help us to help them.”

The next project to be launched by the group later in the year - funded by the Bridgwater Agricultural Society - is a collection of short film clips which highlight the issue of mental health in agriculture, and which will be shown at events and distributed via social media.

Cornwall’s Farming Health Hub has also produced a leaflet aimed at signposting people to where they can go for help and advice. Set up just over a year ago in partnership with organisations from the private, public and voluntary sectors, the Farming Health Hub offers a single source of business, physical and mental health support for farmers and their families.

Ruth Goldstein, chair of the Farming Health Hub and Cornwall Council’s public health consultant said: “Our key concern is that the farming community is able to access any support they need during this current situation and we are aware that getting this type of information to the right people can often be a challenge.

“We hope that by providing the information directly to people working in the farming sector, those in need of any type of support for their physical health, mental health or business health, will find it easier to access what is available.”