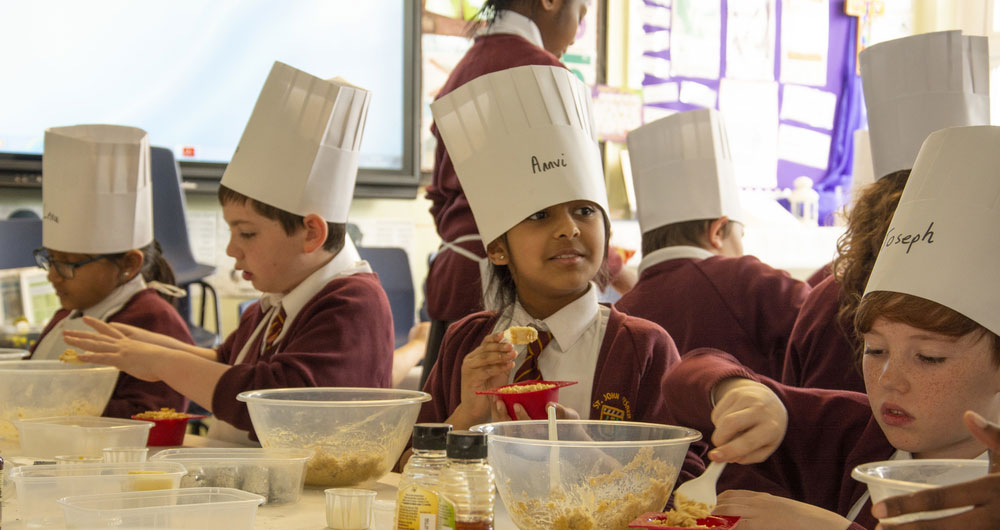 The NFU has set three exciting new challenges for its national primary school competition, Farmvention, which is returning after a highly successful debut which saw more than 1,000 schools take part.

Inspiring creativity and innovation, the competition encourages children to use their Science, Technology, Engineering and Maths skills to overcome some of the day-to-day problems farmers face as they produce food for the nation.

This time, schools will be challenged to design one of the following:

• A healthy street food dish which celebrates a British ingredient

Each challenge will also require pupils to submit an advertisement that explains the benefits of the product, both for the shopper and the environment.

NFU President Minette Batters said: “Last year’s competition proved that Farmvention is a great way to reconnect children with their food and get them thinking about rural life. The real-life context also helps children to get stuck in to key subjects such as science and technology.

“This year we’ve taken the competition even further by incorporating an advertisement to reflect British farmers’ main priorities – caring for the environment and delivering for the public. It’s also another chance for children to get their creative hats on.

“The enthusiasm we received from both pupils and teachers for the launch last year was truly overwhelming. I can’t wait to get the competition running again and see what this year’s Farmventors come up with.”

Nine winners will be selected to showcase their designs at the Houses of Parliament next year and will receive a host of prizes including fully funded farm visits.

Do you know any primary school teachers? Let them know about the competition, here’s the details:

Entries are open from 9 September until 23 December 2019.

There will be nine winners; one each from KS1, lower KS2 and upper KS2 for each of the three challenges.

Other prizes include chef visits, £600 worth of robotics products for the school and the chance to have their clothing design made into a garment.