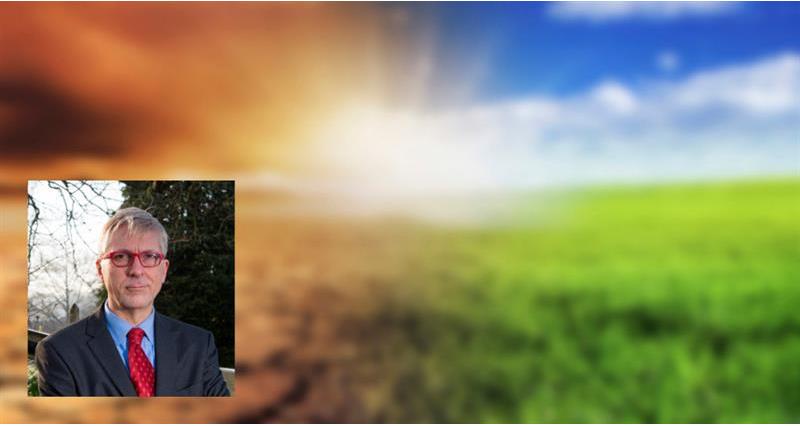 NFU chief renewables and climate change adviser Jonathan Scurlock delves into the Committee on Climate Change report and provides an insight from the launch. He writes:

Britain should legislate for and attain a credible target of "net-zero" greenhouse gas emissions by 2050, ending the contribution of UK economic production activities to climate change over the next 30 years, according to the independent Committee on Climate Change (CCC).

I attended the Westminster launch of the CCC's report, and my colleague Ceris Jones was invited to a preview briefing. The NFU is pleased that many of the CCC's recommendations are aligned with our own ambition for climate-neutral agriculture by 2040.

However, we do not agree with the implication within the report of reduced livestock production. The CCC suggests a 20% shift from red meat and dairy products towards pork, poultry and beans over 30 years ought to be manageable for both consumers and producers. More radical changes in consumer diets (eg a 50% shift) were modelled only under more extreme ‘speculative options’ designed to correct any shortfalls in emission cuts elsewhere in the economy. From an NFU perspective, we are not so certain.

We have repeatedly highlighted that Western European beef production is 2.5 times more carbon-efficient than the global average, and while farmers and growers are indeed likely to follow domestic consumer market trends and take up new diversification opportunities, British producers may also choose to export their low-carbon beef, lamb and milk to countries where it would be less sustainable for them to produce their own. We must be careful that we don't punish British success as we decarbonise our farming systems.

Looking more broadly at the report, it highlights that there are many opportunities in taking early action on climate change and that making lifestyle shifts would bring about multiple benefits, such as cleaner and quieter cars and better air quality.

It was encouraging to see many business organisations embracing this, which is clearly in tune with the recent mood of the British public who are broadly supportive of the concept of a national and local ‘climate emergency’.

CCC Chief Executive Chris Stark summarised the report's recommendations, which include meeting net zero on the basis of domestic effort alone, including international aviation and shipping. He said the UK can and should go further than the world average, since other countries are likely to fall in behind us.

However, the Treasury must undertake a review of how to fund the just transition which is needed. In response, Business Secretary of State Greg Clark, who attended the launch event, said that Britain is aiming to be the first major economy to legislate for net zero, and eradicate our contribution to global warming once and for all. To achieve this, he outlined plans for Britain to have a carbon capture and storage facility operational from the mid 2020s, the first of its kind.

Remarkably, the radical new goal of net zero would cost no more than previous ambitions to reach a 60% or 80% cut in emissions, due to the falling cost of new low-carbon technologies and the decarbonisation progress made so far.

Just as it was the first to undergo an industrial revolution, Britain could be the first major industrial economy to wholly decarbonise, leading international action to limit global warming to 1.5 C or at least ‘well below’ 2 C above pre-industrial temperatures, as laid out in the Paris Agreement of 2015.

It is safe to say that the CCC's advice was widely expected, but it is nevertheless dramatic and ground breaking. It marks a turning point in the relationship between humanity and the planet – the starting pistol for a chain of national and international events that will accelerate the pace of low-carbon economic development.

Details of the CCC's recommendations can be read and downloaded here:

See also these analyses by Carbon Brief and the Energy and Climate Intelligence Unit: