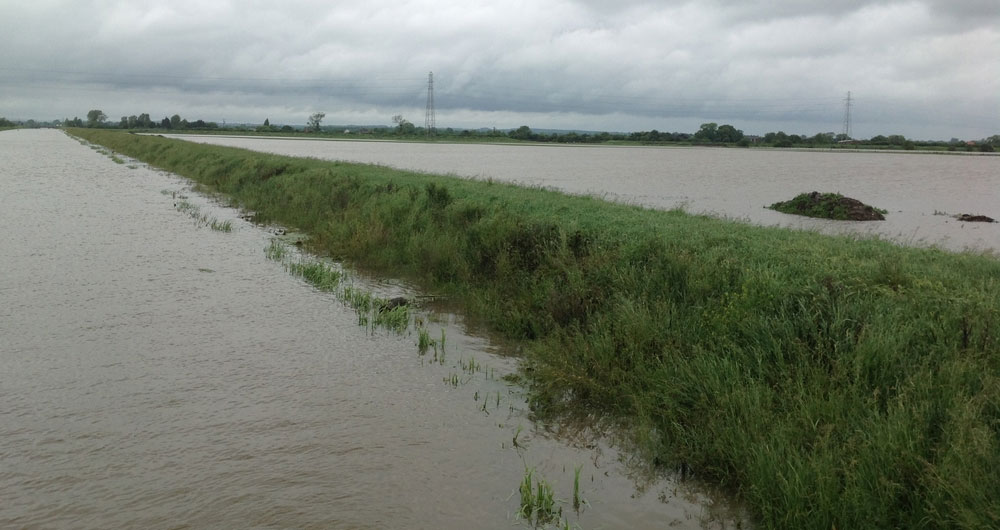 The NFU has said that instances such as the recent flooding of 1,100 hectares of farmland in Lincolnshire highlights the need for the Environment Agency (EA) to work more closely with other organisations to ensure future incidents like this can be prevented.

“It’s clear that here in the UK the issue of water in general, and particularly flood and coastal erosion, has not been given the priority it should have in the past.

“The NFU recently visited the Netherlands where we saw first-hand how it is possible to be far more ambitious and innovative when it comes to flood and coastal erosion risk management. But this is only possible if there is a willingness among all those with a vested interest to work together.

“We have been arguing for more collaboration, early engagement and support in protecting rural communities and agricultural land which has been massively undervalued for too long. The EA strategy needs to be clear about the importance of these areas, not just to farmers, but to all those with an interest in the environment and our food security.

“The farming industry is often at the mercy of extreme and changeable weather. The severe floods experienced in recent weeks around the Wainfleet breach in Lincolnshire, which left valuable crops under water, has demonstrated why necessary long-term strategic plans must be in place to tackle the nation’s flood resilience.

“We need to see the EA working in partnership with farmers and landowners and other organisations to address this critically important issue.”