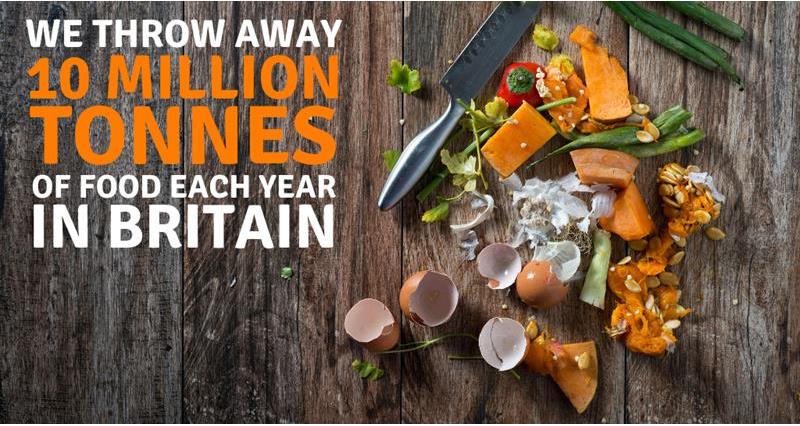 The NFU has joined major British retailers and food companies in pledging to help halve food waste by 2030.

The Government launched its ‘Step up to the Plate’ campaign at a special event held recently at London’s V&A museum. The event built on a number of innovations put forward by the Government in the Resources and Waste Strategy.

Tesco, Sainsbury's, Waitrose and Nestle have also signed up to the pledge joining about 300 other businesses and individuals in adopting a package of commitments to help slash food waste.

Defra Secretary of StateMichael Gove said: “I am delighted to see so many UK food businesses commit to game-changing action to cut food waste, and I hope that others follow suit.

“The UK is showing real leadership in this area, but each year millions of tonnes of food is wasted.”

“I want to thank our Food Surplus and Waste Champion for inspiring business to step up to the plate. Together we will end the environmental and economic scandal that is food waste.”

The pledge asks attendees to reduce food waste by:

According to Defra, the UK wastes 10.2 million tonnes of food a year, the equivalent of 250 million meals, costing £15 billion or £500 per household.

'Step up to the plate' pledge

Wasting food is an environmental, moral and financial scandal. If global food waste were a country, it would be the third largest emitter of greenhouse gases after the USA and China.

An estimated 800 million people in the world do not have enough to eat, and in the UK we squander 10 million tonnes of food and drink every year.

Businesses throw away food worth an estimated £5 billion and £15 billion is wasted from our homes (on average around £500 a year). We ask all event attendees to join together, raise their voices and commit to real action to stop food being wasted. IT IS TIME TO STEP UP TO THE PLATE.