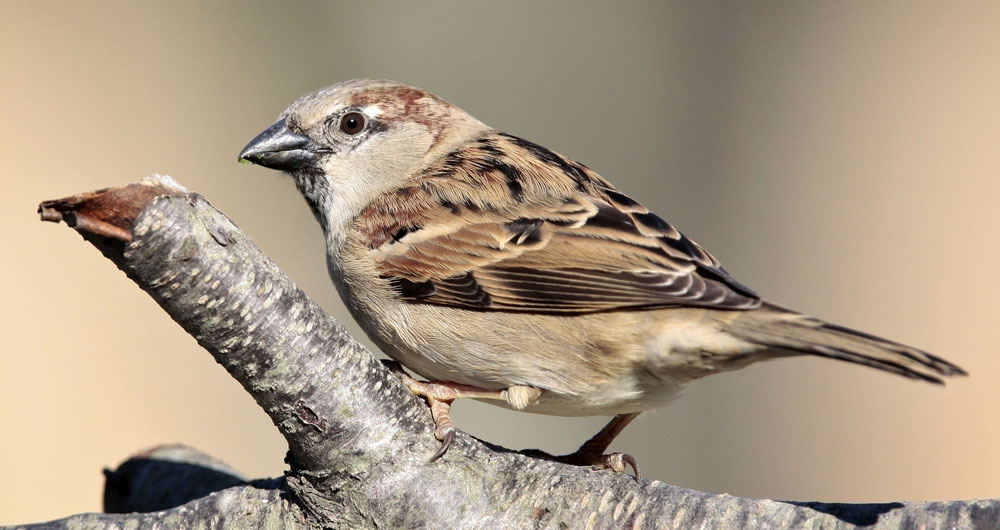 A fantastic effort from farmers has helped to secure a best-ever year for the Big Farmland Bird Count (BFBC).

Encouragingly, a total of 30 red-listed species were recorded, with 5 appearing in the most-commonly seen species list. These included fieldfares, starlings, house sparrows, yellowhammers and song thrushes, with the first four seen by over 30% of the farms taking part.

The five most abundant birds seen were woodpigeons, starlings, lapwings, black-headed gulls and rooks. A total of 148,661 were found, making up nearly 50% of the total number of birds recorded.

“It’s brilliant to see an increase in the number of participants,” said Jim Egan, who has co-ordinated the count for the past six years.

“I’m particularly pleased by the way the facilitation funds and farmer clusters have worked together to embrace this across a landscape scale."

“The fact that in, many cases, farmers and birders have worked together and inspired each other shows the power of sharing our skills and knowledge. A huge congratulations to everyone involved.” 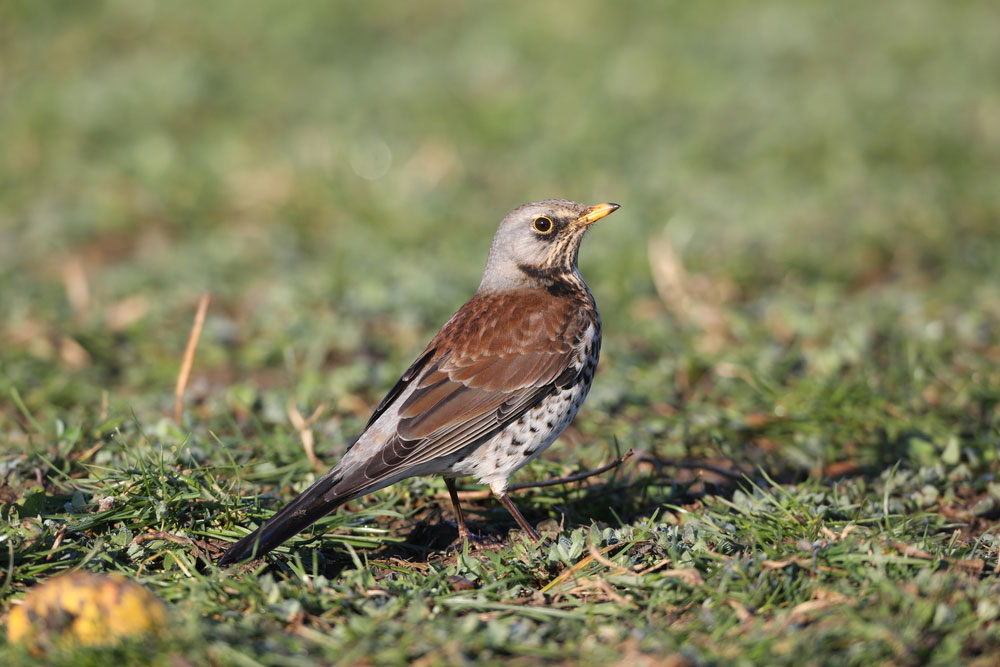 Pictured above: the Fieldfare is included on the red-listed species.

The average farm size of those taking part was 739 acres, with 66% growing arable crops, 52% having beef or sheep, and 13% growing field vegetables. There were also dairy farms, horticulture units, poultry producers and pig producers submitting counts.

Minette Batters, President of the NFU, the main sponsor of the count, said:

“It is often unappreciated that many farmers provide habitats and additional feeding for birds during the winter months. The Big Farmland Bird Count is a fantastic way for farmers to record the birdlife found on their farms. That is why I was really pleased that the NFU could sponsor this year’s count and that so many more farmers took part.”

“I’d like to thank all those farmers who braved Storm Erik on launch day to carry out the count despite driving rain and strong winds. It’s great that many different threatened species were recorded this year such as lapwing and fieldfare that I saw on my own farm.” 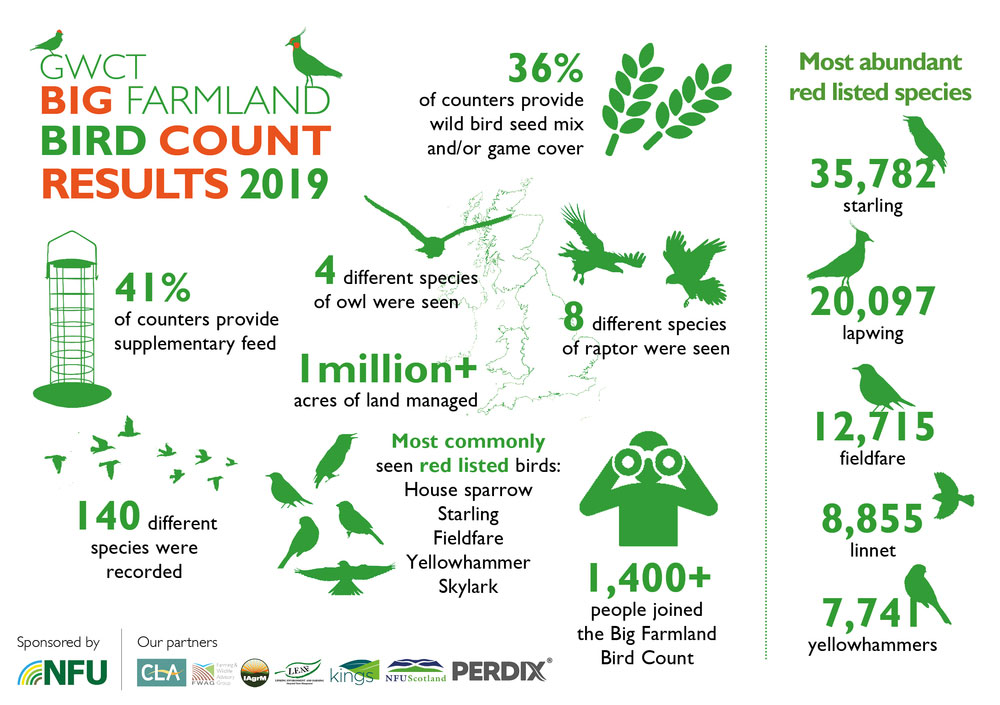 Farmers from every county in England took part and there were also responses from Northern Ireland, Scotland, Wales and Austria.

Norfolk had by far the most returns, with 145 farmers completing the survey. This was followed by Suffolk with 92, Herefordshire with 63 and Hampshire with 60. 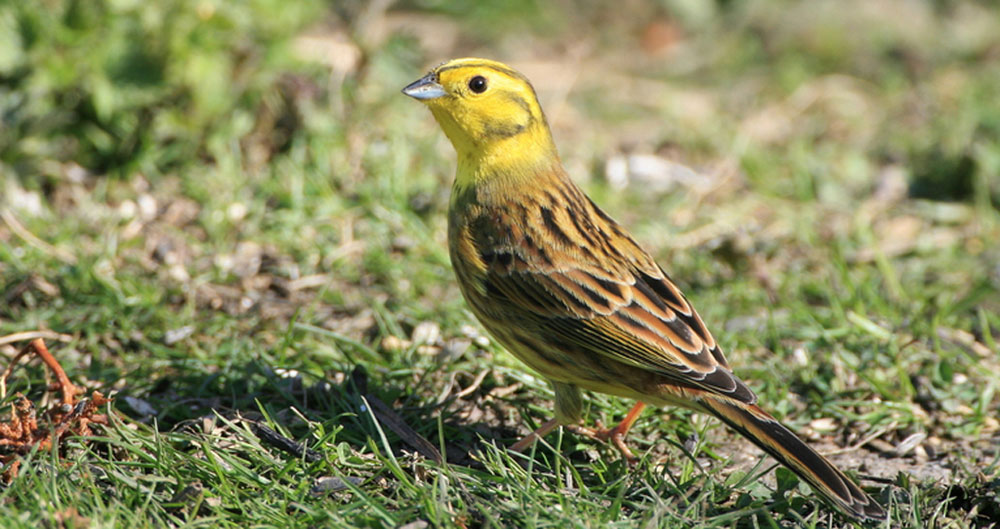 Pictured above: the Yellowhammer was seen by over 30% of the total number of birds recorded.

“I am delighted to hear that 1,400 farmers, including many CLA members, took part this year. That’s an increase of 40% from 2018 and the highest number to date. I was also encouraged by the news that five red-listed species appeared on the most-commonly seen list, which serves to highlight the importance of the work that many farmers and landowners do on habitat management.”

“We saw and heard three pairs of grey partridges during our lookout, which was a real joy. It’s one of the privileges of farming.”

The GWCT would like to extend its thanks to NFU for sponsoring the BFBC, which it delivered in partnership with FWAG Association, LEAF, CLA, Kings and NFU Scotland.

To view the results in full, visit www.bfbc.org.uk