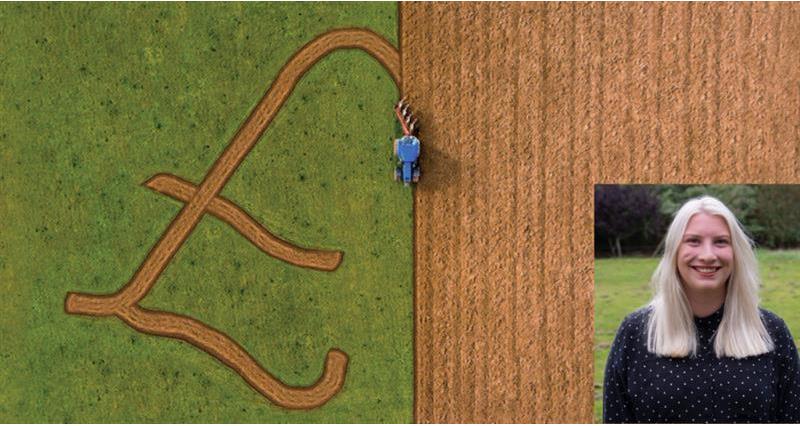 NFU Graduate Trainee Hannah Binns looks at the key scenarios in the UK Government’s recent economic assessment of Exiting the EU and reveals what this means for the Agri-food sector.

In November the Government published its EU Exit long term economic assessment which explores four key scenarios over a period of 15 years to identify the potential economic impacts specific to leaving the EU.

The document describes the Agri-Food sector as unprocessed and processed food, as well including agriculture, forestry and fishing. The sector traded £17 billion of goods and services with the EU in 2016 (74% of total trade).

The four scenarios were:

The trade cost impacts on the Agri-Food sector

The analysis depicted that the ‘White paper’ was the best case scenario. Under this model, the total trade costs to the Agri-Food sector supply chain only increased by 1% as a result of non-tariff barriers which include administrative, technical and regulatory obstacles to trade.

Despite also having zero tariff costs, the EEA and FTA scenarios increased the sector’s total trade costs through non-tariff barriers by 6% and 13% respectively. This materially outweighs the 1% cost impact of the ‘White paper’ scenario.

Notably, the worst case scenario was ‘No deal’ with total trade costs projected to increase by 35%, significantly impacting the Agri-Food sector. This was down to a combination of a 20% increase due MFN tariff schedules as well as an average 15% increase in non-tariff barriers. So, with all the additional costs applied, under the ‘No deal’ scenario, Agri-Food imports and exports would increase overall UK GDP by 0.05%, presumably by limiting imports and stimulating internal supply.

However, the analysis for ‘No Deal’ does not capture a trade liberalisation scenario, in which to counter domestic price inflation, which would potentially see government cut tariffs to achieve consumer price equivalence in order to maintain the affordability of goods. Given the plausibility of such an approach, the modelled uplift in GDP for ‘No Deal’ is likely to be overstated.  Many of these tariffs in a MFN scenario are levied on agricultural products. As a result, a unilateral drop in tariffs on goods entering our market could see more, cheap, imported food entering our UK market. This could put further downward pressure on prices, negatively affecting our own domestic industry.

This analysis provides a useful insight into how the possible outcomes of EU Exit could impact the competitiveness of British agriculture. As with all models however, this one is hotly contested, underpinned by broad assumptions and therefore should be interpreted as a helpful guideline.