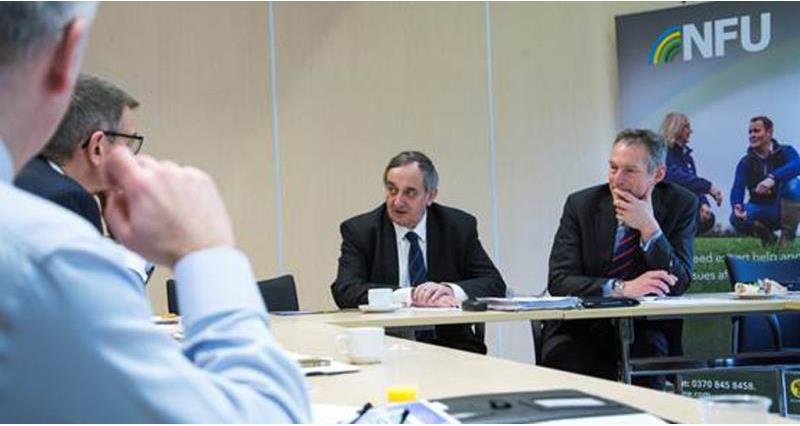 The NFU has laid out the need for investment on farms and urged banks to collaboratively demonstrate support to UK farming in a meeting today.

The meeting led by the NFU President Meurig Raymond at NFU HQ gave an opportunity to underline the importance of more resilient and productive businesses, as a result of investment, ahead of potential economic uncertainty impacting farm businesses.

This comes as an NFU survey shows the numbers of farmers requesting to borrow money has increased to 42%1 in 2016. Of these farmers, 66% feel banks would be supportive – down 10% on last year.

Meeting attendees heard from NFU Director of Policy Andrew Clark about the policy opportunities and challenges facing farming in Brexit negotiations – setting the scene for the need for certainty for farm businesses.

Meurig Raymond said: “The need for investment in farms has always been there – but with Brexit looming that need has certainly escalated. Productive and profitable farm businesses are vital as the government enters these major policy negotiations. 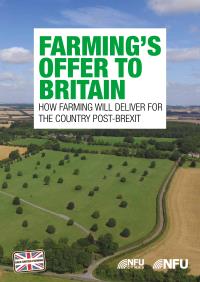 “In light of this, we took the opportunity today to underline the need for banks to make clear to farmers that they are supportive of the sector.

“I was pleased to hear that the NFU and banks in the room were all in agreement - looking to government to add a much-needed element of certainty to their businesses.

“We’ve established in recent weeks that the right trade environment and the continued access to labour post-Brexit are pivotal for UK food and farming. When we reflected on this, the banks round the table could see that clarity on these issues will determine not only farming’s success, but the success of the nation’s economy.”