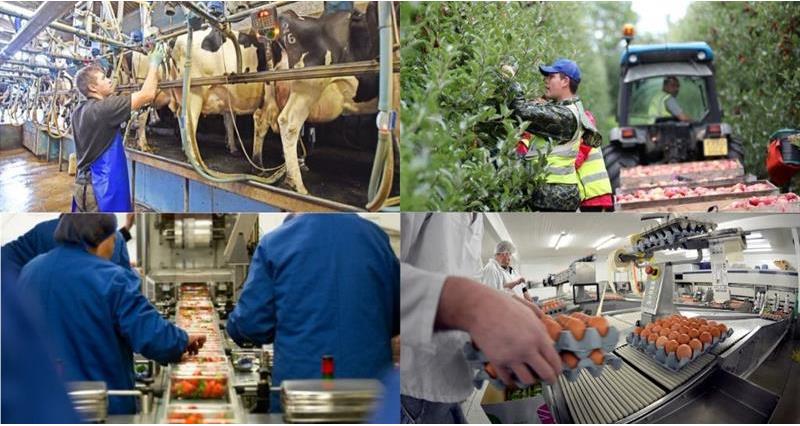 The NFU responded this week to the Migration Advisory Committee (MAC) Call for Evidence on:

Remind me, what are we talking about when we talk of Salary Thresholds?

Salary Thresholds relate back to proposals for a future permanent skilled worker entry route. This proposal was for skilled workers to be able to come into the country to work for their sponsor employer. The proposal was that the skills threshold would be lower than the skills threshold that workers from outside Europe currently need to meet, of A Level or equivalent (known as RQF3). The proposal, however, was that the salary threshold would remain at £30,000.

Recognising that earnings within Agriculture and Horticulture generally fall below this level and that the sector is heavily reliant on migrant workers, NFU have been lobbying for the £30,000 salary threshold level to be lowered. This review is a welcome step towards this and the NFU’s response submitted earlier this week has called for the salary threshold to be lowered to match the lower skills threshold (by setting it at the ‘going rate’ for roles at the lowered skills level).

We also called for the threshold to be set lower for new entrants (i.e. those without prior experience) and consideration of other aspects of the overall remuneration package towards the salary threshold. This included, amongst other things, being able to count accommodation and accommodation related expenditure such as council tax, utilities, telephone, broadband and any free communal recreational facilities given as part of the package.

Did the review allow scope to raise other concerns with the permanent skilled worker immigration route?

The review had quite a narrow scope and was largely based on multiple choice questions and answers with the odd word count restricted section for respondents to give more information. Nonetheless, the NFU doesn’t miss an opportunity and our response does cover some of the other concerns we have with this part of the proposals for future immigration.

So, what else did NFU raise?

The most important call we made concerned the Shortage Occupation List (SOL). As originally proposed, roles that were included in this list would be exempt from salary thresholds altogether. Disappointingly, calls by NFU to include Agriculture and Horticulture shortage roles on the list were not adopted and the SOL published in May this year featured roles such as dance choreographer while ignoring pre-farm gate roles altogether. Consultation carried out with industry at the time was scant and rushed so it made sense in our response to this review to highlight this issue. Specifically, we called for exceptions for shortages to be available and for our industry's shortage roles to be added onto the SOL (shortage occupation list).

In addition, our response highlights the need for:

I’ve heard about Points Based Systems (PBS) but what did the review ask and what did NFU say on behalf of its members?

We also said that other useful criteria would include:

In doing so, we were conscious of the feedback you as members have given about why domestic workers are not attracted to farming roles and why there are significant numbers of EU workers currently working in our sector.

So, in a nutshell what are the NFU Asks?

We will continue to lobby for these outcomes and to monitor developments closely so please watch this space.

Farming at your fingertips