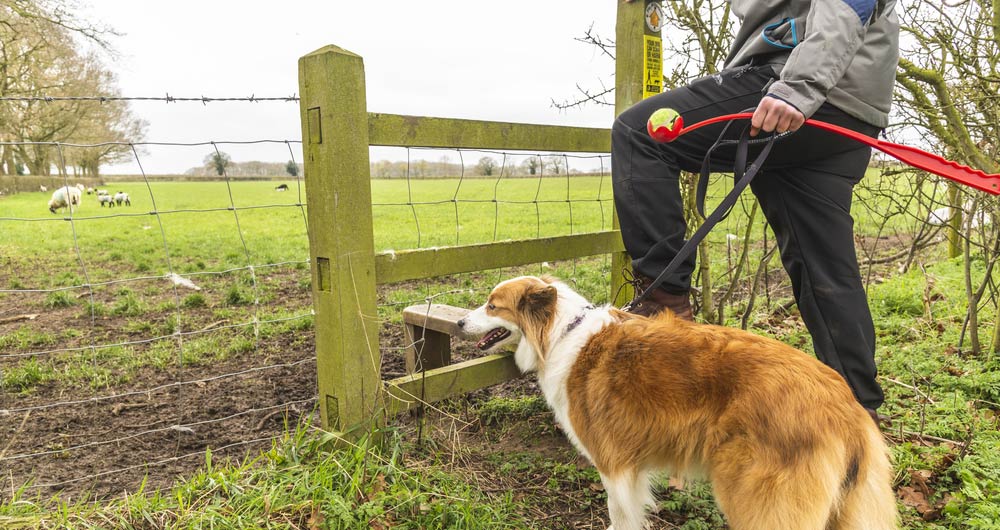 Spurred by a temporary diversion pilot in Cornwall, the NFU has worked collaboratively with the CLA to agree to a position on the proposal of an addition to the Highways Act 1980 on the use of temporary permissive paths.

Concerns around use of permissive paths

The use of permissive paths is an option that has always been available to landowners and remains a useful tool in the box. They are not suitable in all instances as the original route must remain open too, meaning the public may still encounter the danger and the farmer be vulnerable to criminal prosecution from the HSE.

There is also a concern that by emphasising this solution, farmers and landowners would not take more appropriate action as set out in sheet 17 of HSE’s guidance: Cattle and public access in England and Wales or would be forced in every instance to provide permissive paths as an alternative where livestock are present. There is also concern about increased levels of liability owed by occupiers to those using permissive routes on farm. Therefore a case can be made to find and implement better solutions.

The NFU has been campaigning for years for legislative change to be able to temporarily divert public rights of way for agricultural purposes. Such a process would provide the necessary flexibility for the needs of agriculture and enhance the safety of public rights of way users. In order to be successful it would also need to provide adequate safeguards for the rights of way network.

The NFU and the CLA are seeking support from other user groups and interested parties (including The Ramblers, British Horse Society, Open Spaces Society and the Duke of Edinburgh’s Award) for the proposed addition to the Highways Act 1980 prior to taking it to government. Keep an eye on NFUonline for further updates.

The NFU believes that this option provides the necessary flexibility to deal with the changing needs of modern agriculture but also provides sufficient safeguards to satisfy the public that the rights of way network will not be adversely affected by such changes.

The existing process for permanently diverting public rights of way does not provide the flexibility to allow for temporary diversions in this way, it is complex and bureaucratic, poorly adapted to provide the necessary flexibility for agricultural operations and some Highway Authorities have backlogs of orders to process stretching out for decades.

Historically there has also been no right for a landowner to have a diversion application processed and time pressured Highway Authorities have often not acted on these. This situation will be improved with new regulations as a result of Section 23 Deregulation Act 2015 which provides for a right of appeal to the Secretary of State if a council in England does not process a diversion application or refuses to. However, the new rules will have no effect on the outcome of diversion applications. Furthermore, the cost to the landowner is also likely to increase considerably.

The need for a method to temporarily divert public rights of way has long been recognised. Section 57 of the Countryside and Rights of Way Act 2000 inserted 135A and B into the Highways Act 1980 which allows for temporary diversions for dangerous works, but these provisions have never been commenced. It is likely that even if commenced the short period allowed to divert (no more than 14 days in any one calendar year) and the requirement to publish notice of the diversion in a local newspaper will make it impractical for many situations.

Communicating with the public

See how the NFU communicates public safety messages around livestock and public rights of way at the Care for the Countryside section of our public-facing website Countryside Online.