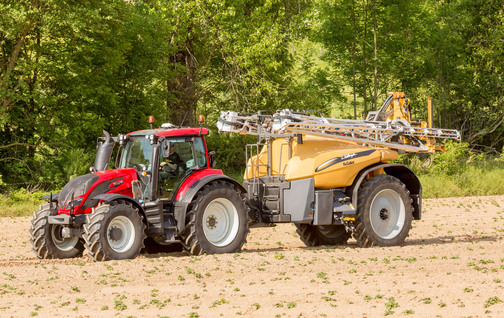 Earlier this week Chris Packham posted a number of tweets regarding the safety of glyphosate, including one that referred to an infographic produced by the NFU and included a link to a report on the NFU produced by Ethical Consumer.

The NFU has written to the BBC and issued the following public response:

“This isn’t the first time Chris Packham has used his public profile as a platform to make statements in support of causes he feels strongly about.

“In 2013 we understand he was spoken to by the BBC after he posted a series of tweets against the badger cull around the time culling started. And earlier this year he was forced to post a clarification on his Twitter account after an inaccurate tweet was posted about lapwings being shot in the UK.

“Regulatory bodies around the world have looked at the evidence surrounding glyphosate and concluded it poses little or no risk to people in their everyday lives when used correctly. Debates about the future of products like glyphosate need to be based on science and evidence, not on the opinions of people who dismiss information that doesn’t support their position as “industry propaganda”.

“In one of his tweets about glyphosate Mr Packham refers to a report by Ethical Consumer about the NFU. This is a report riddled with inaccuracies and out of date information that was produced by an organisation that has actively campaigned against the badger cull and has called on shoppers to stop buying dairy products. This can hardly be viewed as impartial, objective research.

“We will be contacting the BBC to get a clear understanding of its position in employing someone who clearly has very strong views on issues but is consistently portrayed as an impartial expert.”