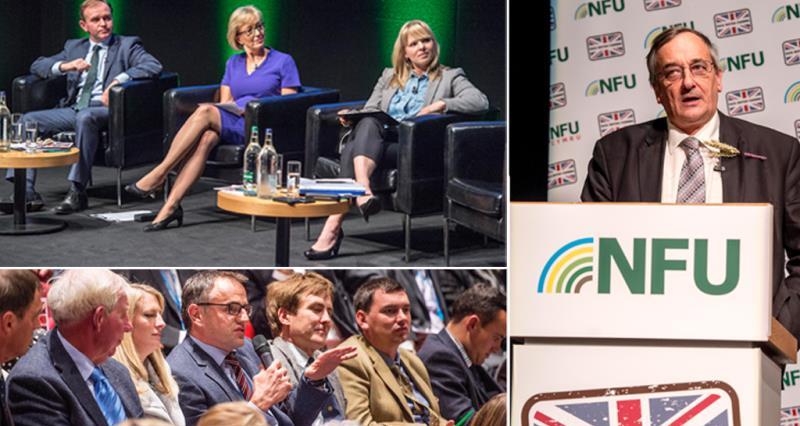 NFU President Meurig Raymond was joined in promoting the importance of food and farming by both Secretary of State for Defra, Andrea Leadsom, and Farming Minister, George Eustice, in the last of the NFU’s fringe events this week (Oct 3).

Held in Birmingham, the event provided members with the opportunity to ask questions of both members of the Defra ministerial team after the second day of the Conservative Party Conference. They addressed almost 200 delegates in what was Andrea Leadsom’s first question and answer opportunity on food and farming in a public forum.

Speaking after the event, Mr Raymond said he was pleased the NFU had created the opportunity for members to talk to the top team at Defra at such a critical time for the industry.

He said: “It was pleasing to hear that Andrea Leadsom shares our optimism for the future of the industry and is keen to bang the drum for the Great British brand. She re-emphasised the huge economic contribution of our sector and assured us this message was taken to the top of government in Cabinet meetings.

“From what Ms Leadsom said at the Conference and directly to our members at the NFU fringe event, we now have a strong idea of what the commitment is from Defra as we enter those all-important Brexit negotiations.

“The NFU will continue to build on this solid foundation within Defra and as government forms the new Brexit Unit we are also building a strong and dedicated team to work with the Department for Exiting the EU and International Trade. With this political sway, I am confident we’ll be in a very good place to push for the best deal for the British farming industry at such a crucial time.”

:: READ A REPORT FROM OUR WEST MIDLANDS NFU TEAM ON THE FRINGE EVENT HERE 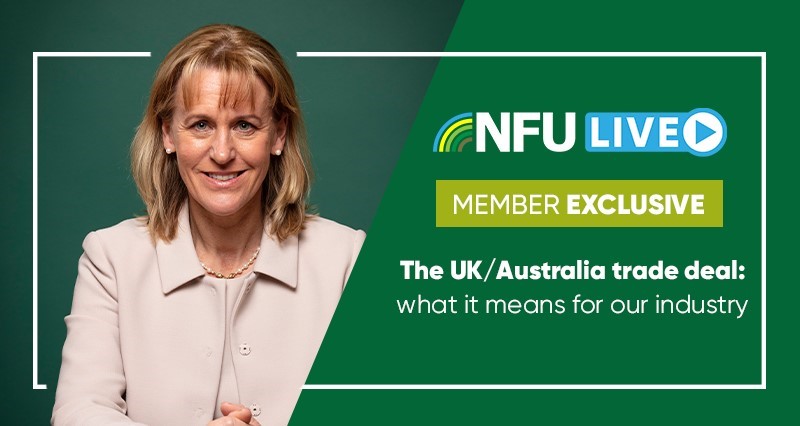