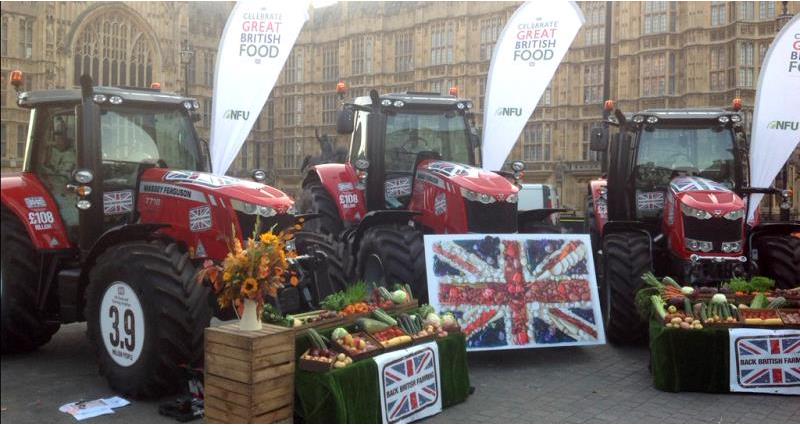 NFU members and staff took farming to the heart of London on Wednesday, complete with three iconic tractors and a host of British produce.

NFU Deputy President Minette Batters said: “It is essential that post-Brexit, agriculture is seen as strategically and politically important in all future trade negotiations. But beyond that, we need government to ensure it is committed to supporting the long-term future of an industry worth £108bn to the economy and one which is responsible for putting so much British food on our plates.

“That’s why we have arranged the event in Westminster and I would urge as many MPs as possible to sign our pledge. I am very pleased that Andrea Leadsom - with whom the NFU has already spoken to at length about the need for the development of a domestic agricultural policy – and George Eustice have said they will be attending.”

The day received national coverage and ended up trending at number three on Twitter – we even got an early Tweet by Good Morning Britain presenter Richard Gaisford.

Photos were included in The Metro, while Deputy President Minette Batters, and our members on stand, gave various interviews on the day, including to BBC political editor Matt Cole; Farming Today; Western Morning News, German BBC equivalent ZDF, and others. We also featured on various regional BBC stations, who had spoken to members before the day or at the event in Westminster.