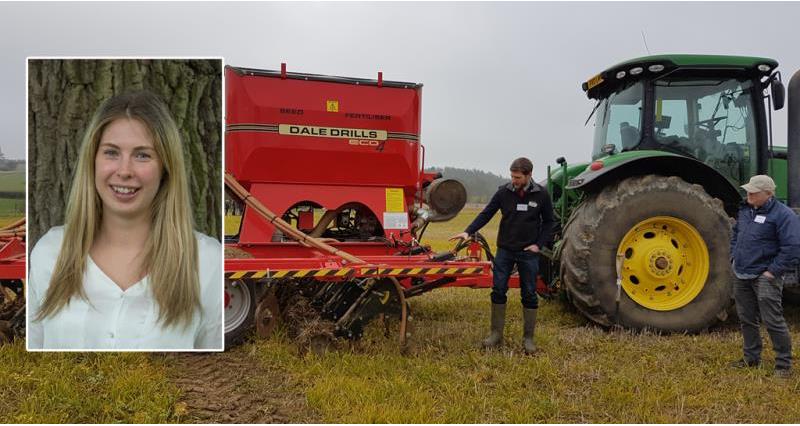 As NFU combinable crops board chairman Mike Hambly said in his opening remarks at the GWCT/NFU/Leaf Soils day event in Loddington recently, ‘soil condition is the single most valuable base resource that farmers work with’. This set the scene well for the following presentations and highlighted the importance of the day’s event.

Hosted by the GWCT at the Allerton Project in Leicestershire, the day’s agenda reflected the project’s three aims; research, education and demonstration. As part of the Sustainable Intensification Research Project (SIP) the Allerton project is committed to investigating different management practices, and cover crops are a key area of focus.

The day began with Dr Felicity Crotty, the Allerton Project’s soil scientist, providing an introduction to cover crop research at the Allerton Project. She reiterated Mike’s opening sentiments about the importance of soil condition, quoting Defra statistics on the fact that soil is worth £5.3 billion per year to the UK agricultural sector.

Cover crops are an important tool which farmers can use to safeguard soil condition, but Felicity told us that there is a lot to think about when choosing your cover crop and much of this is dependent on your farming method and what you want from your crop. 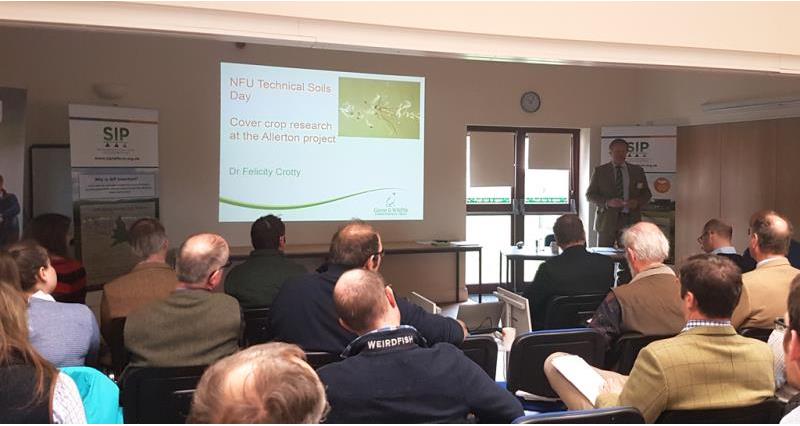 Ron Stobart from NIAB TAG reiterated Felicity’s sentiments about cover crop specificity, he brought the room back down to earth by highlighting some of the challenges of cover crops – farmers should be prepared to experiment, they need a firm objective and strategy in place and to know the purpose of their chosen cover crop along with having a strategy in place to track the progress of their crop.

Chris Baylis, Head of Farming at Sir Richard Sutton Settled Estates told us how he had implemented objectives on a field by field basis when thinking about cover crops on his farms, particularly important if you concur with Ron’s definition of a cover crop as ‘a crop grown to protect, improve or augment between periods of regular crop production’. Chris provided a valuable commercial view of cover crops and their practical implementation using real-life experiences and costings from the 6042 hectares that he manages.

The final session of the morning was an area of developing research, Professor Jonathon Leake from the University of Sheffield gave an introduction to Mycorrhizal fungi, outlining exactly what it is and suggesting how cover crops might affect them, he made it very clear that on this subject there is still a lot of research to be done. As Tom Bradshaw, NFU combinable crops board member and Essex farmer said, the morning’s session raised as many questions as it had provided answers, proving the importance of the continuation of events such as this. 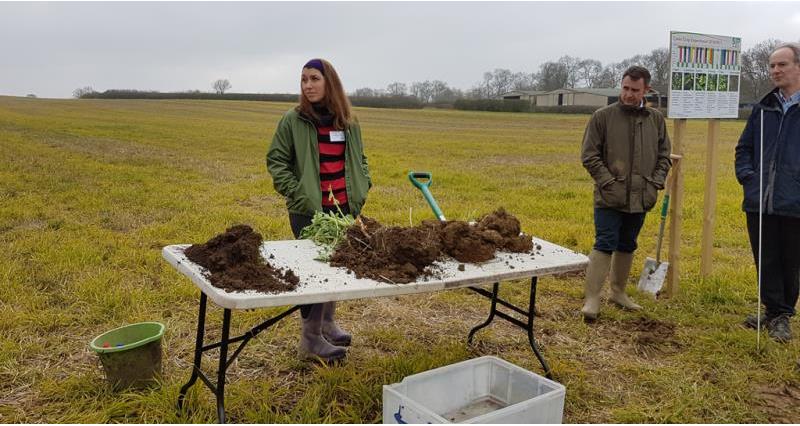 Phil Jarvis, Head of Farming at the project talked us through the farm’s drilling journey, explaining how they had arrived at this drill and what had been learnt along the way. Phil added that he was not ‘running a hotel for microbes’ and said that anything that they were doing on farm was aimed at keeping soil healthy and in the field, there needs to be a tangible benefit to any effort to maintain soil health, ultimately making the farm more profitable.

The tangible benefit to maintaining soil health through sympathetic methods of cultivation was made obvious as we were shown four different soil samples taken from a range of 200 metres within where we stood in the field. The samples, deliberately used to display a spectrum of soil health were very different. 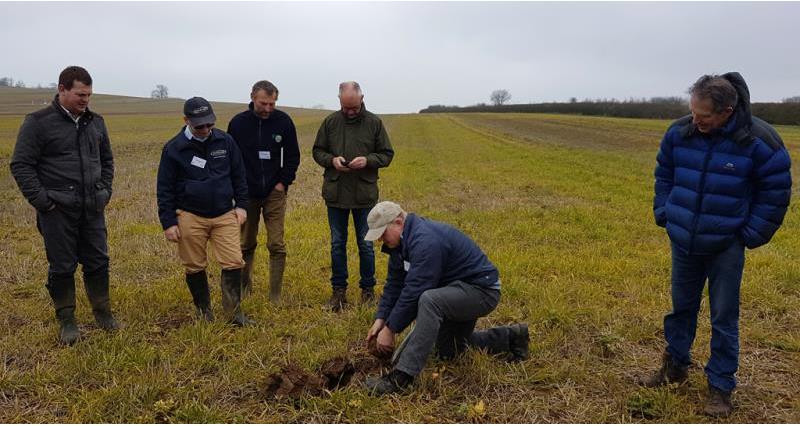 As Tom Bradshaw observed, it was quite astonishing how farming methods have managed to take soil from good healthy condition, to poor condition with high levels of compaction and little solubility in the space of seventy years. One sample however had been zero till for the past seven years and the difference was huge, it was encouraging to see how with some concerted efforts farmers are able to improve soil health in a relatively short space of time.

I came away from the day with a renewed awareness of just how central soil condition is to the success of a farm business.

Mike’s statement in the day’s opening address could not be more true ‘soil condition is the single most valuable base resource that farmers work with’ and the day was a timely reminder that when implemented effectively and managed carefully cover crops can be a very effective tool to help improve soil health and ultimately farm profitability, and they are a perfect example of how intensive agriculture can work hand in hand with sustainability.