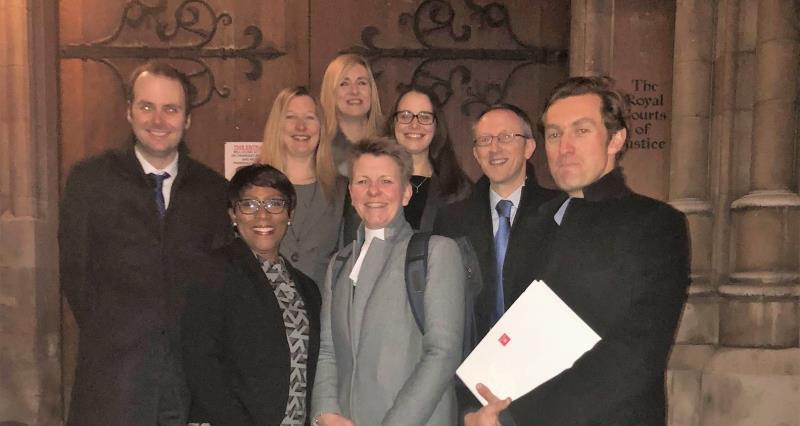 The NFU has welcomed the judgment of the High Court to quash a decision by the Defra Secretary of State to apply a penalty to a Norfolk farmer’s SPS payment.

In a landmark case in which the NFU intervened, the Stody Estate challenged the decision by the Defra Secretary of State to apply an “intentional” level penalty of 55% - originally imposed by the RPA at 75% - to its SPS payment in 2014 over a breach of cross-compliance on farm committed as a criminal act by an employee of the Estate.

The member's case was also supported by the NFU and its Legal Assistance Scheme (LAS).

Despite the employee’s actions being entirely his own and against the policies, authorisation and instruction of the Estate, the Defra Minister of Agriculture, Fisheries and Food – on behalf of the Secretary of State - stated that as the employee acted intentionally, so did the Estate.

The Judge quashed the Minister’s decision on the basis that the level of fault attributable to the Estate should have been assessed, rather than reliance being placed solely on the criminal conviction of the Estate’s employee. She found that “in the absence of any finding of fault there was no proper basis for the imposition of a penalty”.

NFU President Minette Batters said: “We are thrilled with the High Court’s judgment handed down today. This represents a fantastic victory for the farmer and for the NFU. We always firmly believed that the RPA had got the law wrong on this occasion and that’s why we decided to intervene in the legal proceedings.

“A lot of hard work went into this case which was supported by the NFU’s Legal Assistance Scheme. This highlights once again the strength of the NFU and its LAS standing shoulder-to-shoulder with our members on a point of principle. Every single NFU member matters to us and it’s what makes the NFU stronger. It’s also why the NFU is the most successful representation body within the farming industry.”

Chief legal adviser Nina Winter said “The High Court’s decision makes it clear that farmers are not automatically liable for the acts of their employees, or indeed other third parties, when those employees breach the cross compliance rules.

“Instead, the RPA should properly assess in each and every case whether the farmer – not the employee or third party – acted intentionally or negligently.  If the farmer has done nothing wrong, no penalty should be applied.”

NFU legal board chairman Trevor Foss added: “We are very pleased with the outcome of this case.  This type of case is exactly the reason why the LAS was established 30 years ago; to fight for our members in such situations.  I therefore encourage all members to join the LAS, as the scheme certainly offers value for money.”